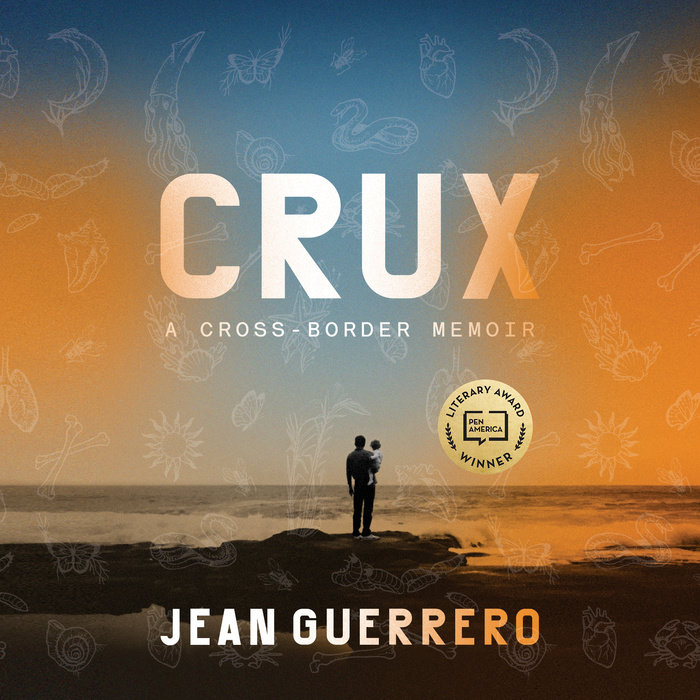 PEN America Literary Award Winner • “The kind of memoir that seems to redefine the genre.”—Los Angeles Review of Books

From renowned journalist Jean Guerrero, here is the haunting story of a daughter’s mission to save her father from his demons and to save herself from destruction. Marco Antonio was raised in Mexico, then migrated to California, where he met Jean’s mother, Jeannette, a Puerto Rican woman just out of med school. Marco is a self-taught genius at building things—including mythologies about himself and the hidden forces that drive us. When he goes on the run, Jean follows and embarks on an investigative journey between cultures and languages, the earthly and the mystical, truth and fiction.

A distinctive memoir about the search for an elusive parent, Crux is both a riveting adventure story and a profoundly original exploration of the mysteries of our world, our most intimate relationships, and ourselves.

“[Guerrero] writes poetically about borders as a metaphor for the boundary of identity between father and daughter and the porous connective tissues that bind them.”—The National Book Review
Read More
“Luminous . . . heartfelt and mystically charged.”—The Washington Post

“Expressive and affecting . . . deeply researched and tightly written . . . Crux, at its heart, is [Jean] Guerrero’s love letter to her dad.”—NPR

“The genius of Guerrero’s exquisite creation lies beyond her lyrical descriptions, and visceral phrases (e.g., “I had to learn to keep my sympathy zipped inside my stomach”). What truly makes this book extraordinary is the careful layering and connections. . . . It’s the kind of story you think about long after you’ve finished reading it, and the kind of memoir that seems to redefine the genre.”—Los Angeles Review of Books

“Crux is everything I want in a memoir: prose that dazzles and cuts, insights hard-won and achingly named, and a plot that kept me up at night, breathlessly turning pages. Jean Guerrero has a poet’s lyrical sense, a journalist’s dogged devotion to truth, and a fast and far-reaching mind. This is a book preoccupied with chasing—that is one of its harrowing pleasures—but, like all great memoirs, it is ultimately a story about the great trouble and relief of being found.”—Melissa Febos, author of Whip Smart and Abandon Me

“Crux is a triumphant memoir driven by the search for home and a father’s elusive love. The twists and unexpected turns across borders are enchanting. A poignant, lovely debut.”—Alfredo Corchado, author of Midnight in Mexico

“Jean Guerrero has done excellent reporting from the U.S.–Mexico borderlands. Now she examines the more mysterious borders of family history and that unknown region of the heart. You will be moved by Crux—this book is powerful and true.”—Luis Alberto Urrea, author of The Devil’s Highway

“From the very beginning, Crux draws the reader in—Guerrero’s language is as poetic as the story is engrossing. The characters, though, shine brightest. She draws from record, history, myth, and rumor to create compelling portraits of a family navigating multiple borders as well as the complexities of love and life within them.”—Adriana E. Ramírez, author of Dead Boys

“Using her investigative and writerly skills to confront her father, his past, and the magic and mystery in their legacy, Jean Guerrero crosses the familial borders that have both captivated and terrified her since childhood. Crux is intimate, powerful, and a testament to the lengths we’ll go for our families.”—Leah Carroll, author of Down City
Read More 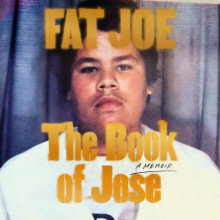