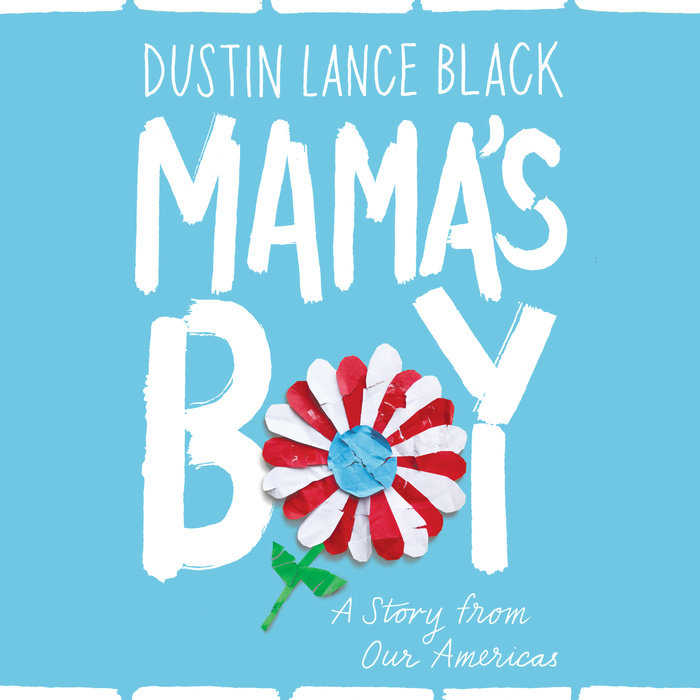 Dustin Lance Black wrote the Oscar-winning screenplay for Milk and helped overturn California’s anti–gay marriage Proposition 8, but as an LGBTQ activist he has unlikely origins—a conservative Mormon household outside San Antonio, Texas. His mother, Anne, was raised in rural Louisiana and contracted polio when she was two years old. She endured brutal surgeries, as well as braces and crutches for life, and was told that she would never have children or a family. Willfully defying expectations, she found salvation in an unlikely faith, raised three rough-and-rowdy boys, and escaped the abuse and violence of two questionably devised Mormon marriages before finding love and an improbable career in the U.S. civil service.

By the time Lance came out to his mother at age twenty-one, he was a blue-state young man studying the arts instead of going on his Mormon mission. She derided his sexuality as a sinful choice and was terrified for his future. It may seem like theirs was a house destined to be divided, and at times it was. This story shines light on what it took to remain a family despite such division—a journey that stretched from the steps of the U.S. Supreme Court to the woodsheds of East Texas. In the end, the rifts that have split a nation couldn’t end this relationship that defined and inspired their remarkable lives.

Mama’s Boy is their story. It’s a story of the noble quest for a plane higher than politics—a story of family, foundations, turmoil, tragedy, elation, and love. It is a story needed now more than ever.
Read More
“Mama’s Boy is a beautifully written, utterly compelling account of growing up poor and gay with a thrice married, physically disabled, deeply religious Mormon mother, and the imprint this irrepressible woman made on the character of Dustin Lance Black. Their extraordinary bond left me exhilarated—it actually gave me hope for the future of the republic, which is no mean feat, given the dark mood of our current moment.”
—Jon Krakauer, author of Missoula and Under the Banner of Heaven

“A fast read with witty observations, and all the emotions to go along. . . . [A] testament to the powerful impact a good parent has on children. . . . Black and Mama’s Boy show just how far the unlikeliest of children can go with pure, unabashed grit.”
—San Francisco Chronicle

“A fascinating and poignant combination of memoir and family history. . . . Both personal and universal. . . . The most emotional moments come as Black finds himself in personal encounters with those who might be considered obviously antagonistic to his world, including leaders of The Church of Jesus Christ of Latter-day Saints and more conservative members of his own family. . . . Finding common ground is indeed the powerful throughline in Mama’s Boy.”
—Salt Lake City Weekly

“Reverence is at [this memoir’s] heart. . . . There would be ample room for Lance to boast in this memoir, but you wait for it in vain. He’s done what he’s done and, here, told us how, with film-industry luminaries and gay activist colleagues, but even more compellingly through his deep, unbroken involvement with his family of origin and the transfer of that experience to what is now his own family.”
—The Bay Area Reporter

“A memoir of an enduring mother-son bond that transcends even the deepest ideological divides. . . . [A] heartfelt tribute.”
—USA Today, “5 Books Not to Miss”

“A loving portrait of [the author’s mother], a tiny, fierce woman who didn’t let any of her challenges—including poverty, the polio that cost her the use of her legs, and two bad marriages—stop her from living a full life, setting an example for her three sons.”
—San Antonio Express-News

“The story of how a mother and son came to reconcile their differences and realize the importance of family.”
—NPR

“Dustin Lance Black’s memoir comes at exactly the right time; his complicated, surprising, and ultimately touching journey with his mom is a great example in our ideologically divided times.”
—Andy Cohen, author of Superficial and The Andy Cohen Diaries

“Black’s tender and heartfelt love letter to his remarkable mother is an act of courage and reclamation. It’s a well-deserved tribute.”
—New York Journal of Books

“At the center of this thought-provoking memoir, Black, who won an Academy Award for the screenplay for Milk, offers a heartfelt tribute to Anne, his courageously inspiring yet deeply religious and politically conservative mother. . . . Black provides a wholly engrossing account of how a mother and son evolved beyond their potentially divisive religious and political beliefs to uncover a source of strength and unity through their enduring bond. A terrifically moving memoir of the myriad complexities of family dynamics.”
—Kirkus Reviews (starred review)

“Black grew up in the South, surrounded by stories—the telling sometimes fueled by Jack Daniels—that made people stronger. As a result, he fell in love with the magic of storytelling and has himself become a consummate storyteller, as he demonstrates in this beautifully written, vastly entertaining, and moving memoir. The most powerful stories are the most personal, Black believes, and, in that context, the most important figure in his story is his indomitable mother, who, a victim of childhood polio, had no use of her legs but refused to let that stop her. From her tough, stubborn heart, he inherited his own strong will and optimism. . . . Black seems incapable of writing a dull word as he evokes his stirring life and times, ultimately inspiring comity by word and example. His book belongs in every library.”
—Booklist (starred review)

“Hang on to your apron strings, there hasn’t been a more memorable Southern mother memoir since Rick Bragg’s All Over but the Shoutin’. In Mama’s Boy, Dustin Lance Black redefines Steel Magnolia. From page one, readers will root for this matriarch, who demurely ruled every room since she was a child.”
—Helen Ellis, author of Southern Lady Code and American Housewife

“A magnificent achievement. I cannot remember a book where I cried so often. Brave, insightful, unflinching, funny, sad, triumphant . . . everything. And both a warning and a hope for the times to come.”
—Stephen Fry, author of Heroes and More Fool Me
Read More