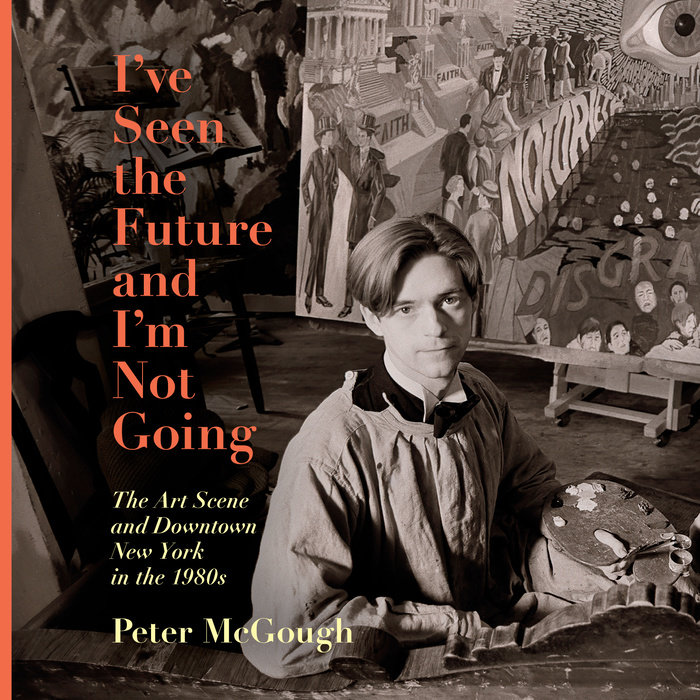 Written by: Peter McGough
Read by: Peter McGough
9 Hours and 25 Minutes Imprint: Random House Audio Genre: Biography & Autobiography - Personal Memoirs Release Date: September 17, 2019
Brilliantly funny, frank, and shattering, this is the bittersweet memoir by Peter McGough of his life with artist David McDermott. Set in New York’s Lower East Side of the 1980s and mid-1990s, it is also a devastatingly candid look at the extreme naiveté and dysfunction that would destroy both their lives.

Escaping the trauma of growing up gay in Syracuse and being bullied at school, McGough attended art school in New York, dropped out, and took out jobs in clubs, where he met McDermott. Dazzled by McDermott, whom he found fascinating and worldly, McGough agreed to collaborate with him not only on their art but also in McDermott’s very entertaining Victorian lifestyle. McGough evokes the rank and seedy East Village of that time, where he encountered Keith Haring, Rene Ricard, Kenny Scharf, Jean-Michel Basquiat, Andy Warhol, and Jacqueline and Julian Schnabel, among many others. Nights were spent at the Ninth Circle, Danceteria, and Studio 54; going to openings at the FUN Gallery; or visiting friends in the Chelsea Hotel. By the mid-1980s, McDermott & McGough were hugely successful, showing at three Whitney Biennials, represented by the best galleries here and abroad, and known for their painting, photography and “time experiment” interiors. Then, overnight, it was all gone. And one day in the mid-1990s, McGough would find that he, like so many of his friends, had been diagnosed with AIDS.

I’ve Seen the Future and I’m Not Going is a compelling memoir for our time, told with humor and compassion, about how lives can become completely entwined even in failure and what it costs to reemerge, phoenix-like, and carry on.
Read More
“If one ever wanted to eavesdrop on the meetings, parties, and art openings of the 1980s, McGough’s memoir accomplishes that feeling in a frenetic style that leaves the reader dizzy after every outrageous story…McGough offers a personal view of New York’s prominence in the art world in tales that are gritty, frustrating, and filled with laughter, some tears, lots of yelling, and love.”—Michael Ruzicka, Booklist

“McGough offers a warm and witty account of his exploits with McDermott, recalling a conspiratorial atmosphere of profligate recklessness…Unlike many memoirs by well-known artists, there is no self-aggrandizement here, no unattractive score settling, no claims laid to misbegotten legacies, no tedium.  McGough is a delightful raconteur.  His conversational style translates real life into literature effortlessly. Crack open the tome and let Peter regale you.”—Sam McKinniss, Bookforum

“Peter McGough has written the most authentic, tragic, and inspiring memoir of the 1980s art scene ever: a tale not merely of death and rebirth but of re-death and re-rebirth. It’s beautifully wrought with amazing detail, names named, twists and turns, and recollections of twentieth-century New York City, worthy of a nineteenth-century novelist.”
—Isaac Mizrahi, author of I.M.: A Memoir

“A rags-to-riches story of some of the most uncompromising artists you’ve ever encountered—a gay couple full of charm and heroism. This is essential reading for every aspiring creative nonconformist.”
—Edmund White, author of City Boy: My Life in New York During the 1960s and ‘70s

“A Manhattan feast of artists, eccentrics, oddballs, users, queens, collectors, grifters, and saints. The witty, wily McGough captures the highs and lows of New York City in its gritty, everything-goes prime while painting the story of a young misfit artist in search of himself.”
—Christopher Bollen, author of The Destroyers

“McGough has painted a profoundly honest and affecting portrait of the downtown New York art world in the 1980s, when the excitement of creative and sexual freedom was shadowed by the agony and destruction of AIDS.”
—Bob Colacello, author of Holy Terror: Andy Warhol Close Up
Read More