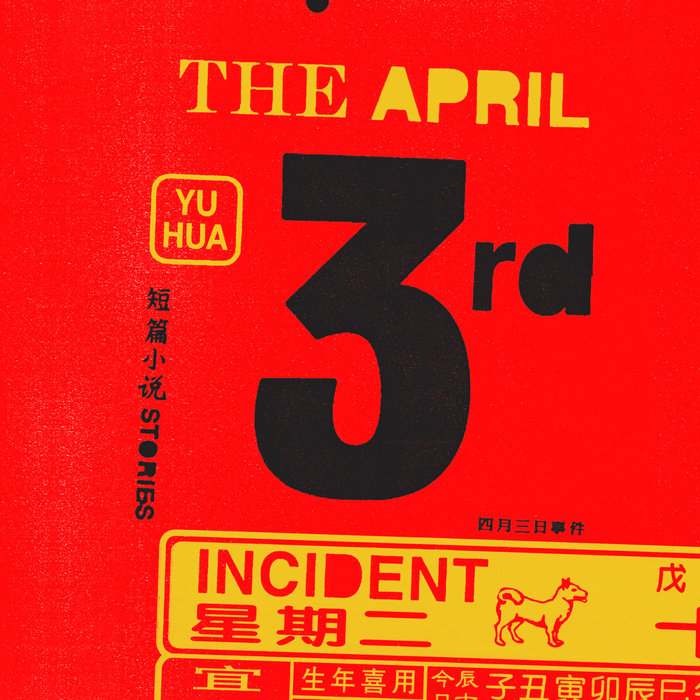 From one of China’s most famous contemporary writers, who celebrated novel To Live catapulted him to international fame, here is a stunning collection of stories, selected from the best of Yu Hua’s early work, that shows his far-reaching influence on a pivotal period in Chinese literature.

In the late 1980s and early 1990s, Yu Hua and other young Chinese writers began to reimagine their national literature. Departing from conventional realism in favor of a more surreal and subjective approach inspired by Kafka, Faulkner, and Borges, the boundary-pushing fiction of this period reflected the momentous cultural changes sweeping the world’s most populous nation.

The stories collected here show Yu Hua masterfully guiding us from one fractured reality to another. “A History of Two People” traces the paths of a man and a woman who dream in parallel throughout their lives. “In Memory of Miss Willow Yang” weaves a spellbinding web of signs and symbols. “As the North Wind Howled” carries a case of mistaken identity to absurd and hilarious conclusions. And the title story follows an unforgettable narrator determined to unearth a conspiracy against him that may not exist. By turns daring, darkly comic, thought-provoking, and profound, The April 3rd Incident is an extraordinary record of a singular moment in Chinese letters.
Read More
“Brilliant . . . Daring . . . Yu Hua’s early writing has often been compared to the works of Kafka, a natural parallel, considering the sharp feeling of restlessness in Yu Hua’s prose and its repertoire of lonely, alienated protagonists. It would be just as easy, however, to think of such writers as Kawabata, Barthelme, or Borges in comparison. More important is the overall impression that Yu Hua is jumping, even clawing, at postmodernism. This spate of early stories shows a writer determined to make a name for himself.” —Andrew Hungate, Words without Borders

“The April 3rd Incident reinforces Yu as China’s boldest and smartest literary agent provocateur. The world has never needed him more . . . Yu’s stories gain their considerable power by making us feel the disturbances they narrate—be they personal, political, historical or natural. His jagged forms command our attention . . .  Yu is a master of paranoia, evoking both its proximity to comedy and its darker undertones . . . Epic . . . Deeply moving.” —James Kidd, The South China Morning Post

“Playful . . . A volume of wry short stories sheds light on the author’s early career. . . . Renmin, or people, lie at the heart of this collection. . . . The new individuality exhibited by [Yu’s] often alienated characters reveals a struggle to adapt to a country transforming.” — Zoë Apostolides, Financial Times

“Like some of the best literature, these stories ask more questions than they answer . . . Intriguing. . . Comical moments arise again and again throughout these stories . . . Hua also has a special knack for making the mundane surreal.” — Virginia Reeves, The New York Journal of Books

“Delightful and powerful . . . Soaked in inspiration from experimental writers like Kafka and Borges, the stories in The April 3rd Incident provide a welcome insight into a country—and an author—in transition. . . . Yu Hua’s early work demonstrates the power of surrealism as a form of protest, as he pushes the boundaries of art and expression.” — Laura Farmer, The Cedar Rapids Gazette

“In his edifying introduction, Barr explains that during China’s ‘post-Mao liberalization’ (from the late 1970s into the early 1980s), ‘writers devoted their energies to broaching topics that had been off-limits.’ By the late 1980s, authors such as Yu began challenging not just content but also experimenting with ‘a new narrative mode.’ . . . A provocative collection for cosmopolitan readers with a penchant for international fiction.” —Terry Hong, Library Journal

“Accomplished, genre-bending. . . . Yu’s devastating wit and morbid humor are on full display . . . Collected from work written by the author in the 1980s and ’90s, the stories are formally experimental, indicative of a burgeoning period in Chinese literature and society. In the title story, Yu takes the reader on a Calvino-esque journey of time loops, characters who are not as they are purported to be, and conspiracy theories, as the protagonist grows suspicious that his friends and family around him are in on a long con that will come to a head on April 3rd . . . Surreal, humorous, and unexpectedly poignant, Yu’s collection will satisfy fans and readers new to his writing alike.” —Publishers Weekly

“Written at the beginning of the stellar career of China's globally acclaimed writer Yu, that is from 1987–91, these seven stories are finally making their English-language debut. While structurally this collection reveals how literature was opening up and changing in sync with the growing Chinese economy, the character-driven content comments more on human nature than politics . . . [This] collection shows that his literary prowess and mastery were present from the start.” —Jennifer Rothschild, Booklist