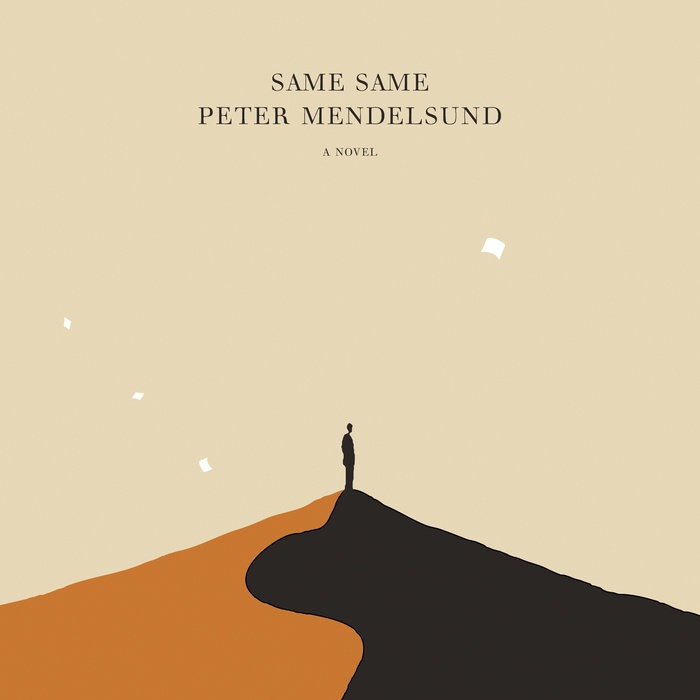 Written by: Peter Mendelsund
Read by: Euan Morton
13 Hours and 44 Minutes Imprint: Random House Audio Genre: Fiction - Science Fiction - General Release Date: February 05, 2019
In the shifting sands of the desert, near an unnamed metropolis, there is an institute where various fellows come to undertake projects of great significance. But when our sort-of hero, Percy Frobisher, arrives, surrounded by the simulated environment of the glass-enclosed dome of the Institute, his mind goes completely blank. When he spills something on his uniform—a major faux pas—he learns about a mysterious shop where you can take something, utter the command “same same,” and receive a replica even better than the original. Imagining a world in which simulacra have as much value as the real—so much so that any distinction between the two vanishes, and even language seeks to reproduce meaning through ever more degraded copies of itself—Peter Mendelsund has crafted a deeply unsettling novel about what it means to exist and to create . . . and a future that may not be far off.
Read More
“Same Same reaches literary heights. . . . Mendelsund’s first novel manages to be breezy and profound in equal measure. That balance is—as the programmers say—a feature and not a bug. . . . In using nonsensical jargon to expose the hollow core of the global Big Ideas industry, Mendelsund has produced—or perhaps reproduced—something entirely satisfying. Same Same is a substantial book about emptiness. It reminds us that there’s no here here unless we create it ourselves. . . . [And it includes] one of the most perfectly tuned passages of fiction I’ve read in a very long time.” —Andrew Ervin, The New York Times Book Review

“A deeply inventive and wonderfully strange novel that takes dead aim at the question: does it matter if something's real?” —Jenny Offill, author of Dept. of Speculation

“[Mendelsund] has a grand time serving up what would seem to be an extended metaphor for creativity . . . that would do Brian Eno proud. Mendelsund's novel of ideas makes a neat bookend to Richard Powers's Galatea 2.2 as a study of creation in the age of the smart machine.” —Kirkus Reviews (starred review)

“Most books aspire to imitate life; this one succeeds in imitating literature. A fractal abyss of copies copying copies, this brilliant and hilarious full-size replica of a novel exposes the limits of conventional narratives by miraculously transmuting repetition into difference and, ultimately, something unique.” —Hernán Diaz, author of In the Distance

“Rewarding. . . . Absurdist, uncanny metafiction about the nature of identity, individuality, and authorship in an era of rapid technological advancement. . . . Comically disturbing.” —Publishers Weekly

“Like an ever-shifting Rubik’s Cube, Mendelsund’s narrative blends influences and genres at will: it begins as an sf dystopia, unfurls like a mystery, and includes some deeply insular sections reminiscent of the late David Markson. . . . Mendelsund has created a dense, complex, and rewarding novel that explores the ever-hazier distinctions between copying and creating, between ourselves and our ubiquitous devices, and between what is real and what is simulated.” —Booklist
Read More