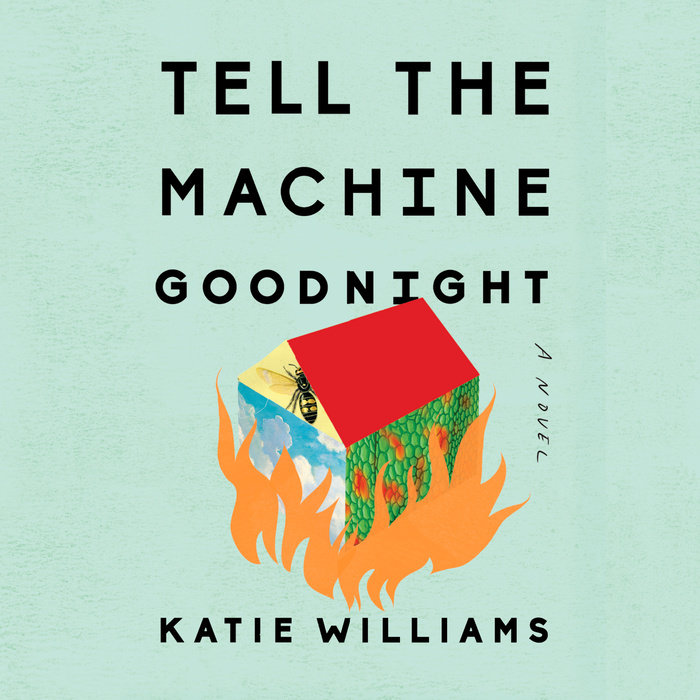 Smart and inventive, an emotional page-turner that considers the elusive definition of happiness.

Pearl's job is to make people happy. Every day, she provides customers with personalized recommendations for greater contentment. She's good at her job, her office manager tells her, successful. But how does one measure an emotion?

Meanwhile, there's Pearl's teenage son, Rhett. A sensitive kid who has forged an unconventional path through adolescence, Rhett seems to find greater satisfaction in being unhappy. The very rejection of joy is his own kind of "pursuit of happiness." As his mother, Pearl wants nothing more than to help Rhett--but is it for his sake or for hers? Certainly it would make Pearl happier. Regardless, her son is one person whose emotional life does not fall under the parameters of her job--not as happiness technician, and not as mother, either.

Told from an alternating cast of endearing characters from within Pearl and Rhett's world, Tell the Machine Goodnight delivers a smartly moving and entertaining story about relationships and the ways that they can most surprise and define us. Along the way, Katie Williams playfully illuminates our national obsession with positive psychology, our reliance on quick fixes and technology. What happens when these obsessions begin to overlap? With warmth, humor, and a clever touch, Williams taps into our collective unease about the modern world and allows us see it a little more clearly.

Read by Rebecca Lowman, Kirby Heyborne, and Alex McKenna, with Jorjeana Marie, Arthur Morey, and Cassandra Morris
Read More
"[Williams’s] wit is sharp, but her touch is light, and her novel is a winner." – San Francisco Chronicle

"The book feels like an extended episode of ‘Black Mirror,’ and certainly has that show’s taste for dark humor and high-concept philosophizing around our tech addition, though what raises it above another clever-clever slab of science fiction is that its characters are complex and contradictory and real...Williams offers a master class in not losing sight of the human element… the kind of story that – in the subtlest of ways – can instruct us, and nourish us, and make us want to live and love a little better."—Matt Haig, New York Times Book Review

"Allow me to introduce you to your new favorite writer. Katie Williams plunges into our obsession with technology and its effect on our lives and dreams, and emerges with miraculous gifts for us—she unwraps the present and the future." —James Hannaham, award-winning author of Delicious Foods: A Novel

"With its large heart, compelling cast of characters and frighteningly-not-far-from-reality technology, Tell the Machine Goodnight is a story that will compel you to keep reading, while also allowing you the space to meditate on the understanding that happiness looks different for everyone." —PopMatters

"Sci-fi in its most perfect expression…Reading it is like having a lucid dream of six years from next week, filled with people you don't know, but will." —NPR

"Delightfully weird and humorous...a fascinating exploration of our increasing reliance on technology and our obsession with finding a quick fix for everything." —Shondaland

"So fundamentally human that it transcends time—our insatiable need to feel better, to decipher whatever happiness means." —BookPage

"Williams's debut, a savvy take on technology's potential and its moral failings, imagines a near future in which lives are altered by a happiness machine...Williams never allows satire to overtake her story's moral center or its profoundly generous and humanistic heart, resulting in a sharp and moving novel." —Publishers Weekly

"With its clever, compelling vision of the future, deeply human characters, and delightfully unpredictable story, this novel is itself a receipe for contentment." —Kirkus Reviews, starred review

"My prescription for happiness is: ‘Sit still, read a book that can't be classified by genre, and tell everyone.’ I'm telling you, Katie Williams delivers. Tell the Machine Goodnight transcends categorization in the best way possible—it is part love story, part science fiction, part feminist inspirational wake-up call, and all of it moving and compelling. I never knew what was going to happen and, when I found out, I was always delighted." —Helen Ellis, New York Times-bestselling author of American Housewife

"Philosophical, funny, cleverly structured, unpredictable. The characters are recognizably humans, but not ones I have met before; the world-building is creative and completely convincing. I doubt I will ever read another a novel with a more moving trip up a VR mountain." —Gabrielle Zevin, New York Times-bestselling author of Young Jane Young and The Storied Life of A.J. Fikry

"Filled with extraordinary writing, wish-they-existed characters, and unexpected narrative turns, this novel will delight your mind and heart." —Courtney Maum, author of Touch and I Am Having So Much Fun Here Without You

"Katie Williams’s fierce moral intelligence sparks off the page…Generous, perceptive, intensely smart: this is just the novel we need." —Kirstin Valdez Quade, award-winning author of Night at the Fiestas

"How much control do we have over our own happiness—and would we be better off if we had the ability to nudge it just a little more?…A captivating, thought-provoking and utterly charming novel about the elusive nature of happiness and the limits of both technology and our own self-knowledge." —Carolyn Parkhurst, New York Times-bestselling author of Harmony and The Dogs of Babel
Read More 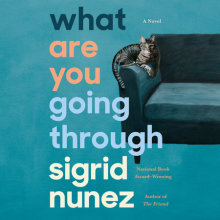 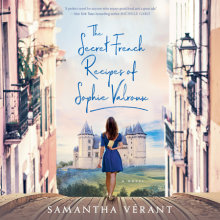