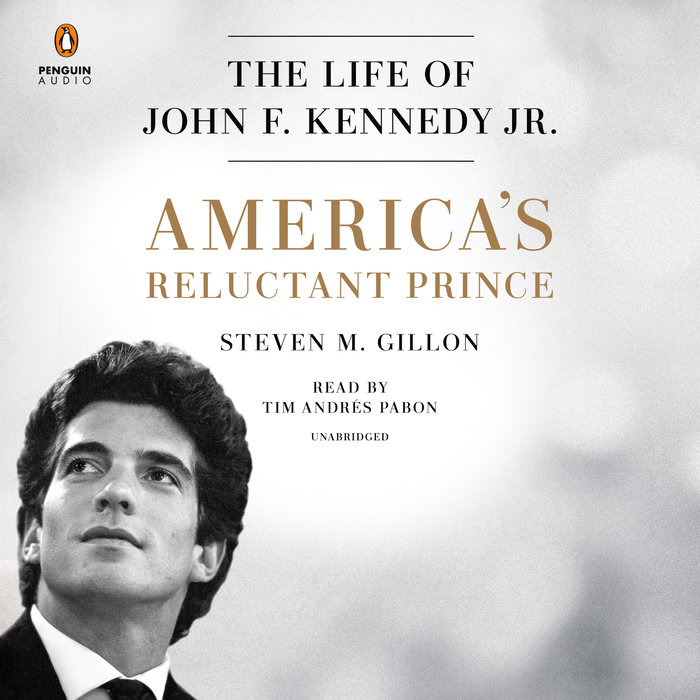 A major new biography of John F. Kennedy Jr. from a leading historian who was also a close friend, America’s Reluctant Prince is a deeply researched, personal, surprising, and revealing portrait of the Kennedy heir the world lost too soon.

Through the lens of their decades-long friendship and including exclusive interviews and details from previously classified documents, noted historian and New York Times bestselling author Steven M. Gillon examines John F. Kennedy Jr.’s life and legacy from before his birth to the day he died. Gillon covers the highs, the lows, and the surprising incidents, viewpoints, and relationships that John never discussed publicly, revealing the full story behind JFK Jr.’s complicated and rich life. In the end, Gillon proves that John’s life was far more than another tragedy—rather, it’s the true key to understanding both the Kennedy legacy and how America’s first family continues to shape the world we live in today.
Read More
“[Gillon] reveals a JFK Jr. more complex, more introspective, and more human than the world ever knew.”—People

“A brisk and engaging read . . . A fond and admiring adieu to a friend.”—The Boston Globe

“This deeply researched biography from the History Channel scholar in residence flows like a novel. . . . Readers fascinated by the Kennedys will be delighted by this captivating biography.”—Library Journal (starred review)

“I read this one for work and didn’t expect to enjoy it as much as I did. . . . It provided a lot of insight into the dawn of celebrity culture and the rise of People magazine.”—Jezebel
Read More