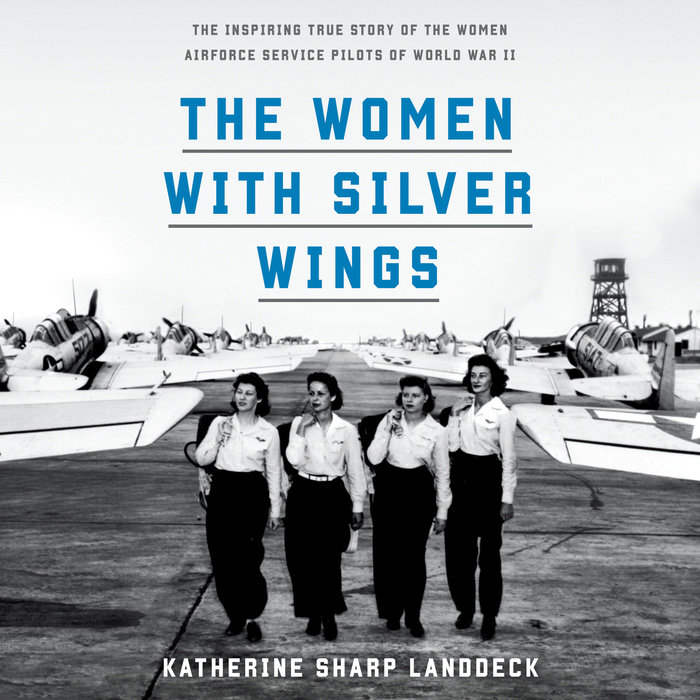 “A powerful story of reinvention, community and ingenuity born out of global upheaval.”—Newsday

When the Japanese attacked Pearl Harbor in December 1941, Cornelia Fort was already in the air. At twenty-two, Fort had escaped Nashville’s debutante scene for a fresh start as a flight instructor in Hawaii. She and her student were in the middle of their lesson when the bombs began to fall, and they barely made it back to ground that morning. Still, when the U.S. Army Air Forces put out a call for women pilots to aid the war effort, Fort was one of the first to respond. She became one of just over 1,100 women from across the nation to make it through the Army’s rigorous selection process and earn her silver wings.

The brainchild of trailblazing pilots Nancy Love and Jacqueline Cochran, the Women Airforce Service Pilots (WASP) gave women like Fort a chance to serve their country—and to prove that women aviators were just as skilled as men. While not authorized to serve in combat, the WASP helped train male pilots for service abroad, and ferried bombers and pursuits across the country. Thirty-eight WASP would not survive the war. But even taking into account these tragic losses, Love and Cochran’s social experiment seemed to be a resounding success—until, with the tides of war turning, Congress clipped the women’s wings. The program was disbanded, the women sent home. But the bonds they’d forged never failed, and over the next few decades they came together to fight for recognition as the military veterans they were—and for their place in history.
Read More
“Landdeck’s profiles of these daring World War II heroines are so brilliantly and vividly drawn that I felt as if I working alongside them—ferrying bombers, towing flying shooting targets (a potentially deadly exercise), and piloting difficult aircraft that the men were too terrified to attempt. The Women with Silver Wings is not just an important slice of history, it’s a thrilling page-turner that explores the patriotism, sexism, and camaraderie of the WASPs’ world.”—Karen Abbott, New York Times bestselling author of The Ghosts of Eden Park

“Historian Katherine Sharp Landdeck’s highflying debut The Women with Silver Wings chronicles a cadre of fearless women whose wartime sacrifices were nearly forgotten. . . . [This is] a powerful story of reinvention, community and ingenuity born out of global upheaval.”—Newsday

“The Women with Silver Wings starts with a dramatic takeoff, introducing a personal story that author Katherine Sharp Landdeck, also a pilot, uses effectively to historicize a little-known, important part of U.S. military aviation. . . . The book is a prime opportunity to admire women in service.”—San Francisco Chronicle

“An astounding, definitive history of the [WASP].”—Daily Mail

“The Women With Silver Wings is the true story of America’s unsung heroines of World War II. Katherine Sharp Landdeck has written a beautifully researched tribute to the courageous women who bravely served their nation in a time of need.”—Fannie Flagg, New York Times bestselling author of Fried Green Tomatoes at the Whistle Stop Café and The All-Girl Filling Station’s Last Reunion

“With meticulous research and breathless pacing, The Women With Silver Wings will make you soar with pride at the daring and commitment of America’s first women military pilots—and cheer for the men who backed them to the end.”—Elizabeth Cobbs, Professor and Melbern Glasscock Chair in American History at Texas A&M University and author of The Hello Girls: America’s First Women Soldiers

“Every now and again a truly path-breaking book comes along that completely revises our understanding of the American experience in World War II. This is definitely one of those books! Landdeck has produced a well written, richly researched tour de force about a remarkable group of aviation pioneers. The Women With Silver Wings is bound to become a classic and it will stand the test of time as the best history of the WASPs. I highly recommend it.”—John C. McManus, Ph.D., Curators’ Distinguished Professor, Missouri University of Science and Technology and author of Fire and Fortitude: The U.S. Army in the Pacific War, 1941-1943

“A must-read for those interested in women’s and World War II history.”—Library Journal (starred review)