home
x
Subscribe
- Random House Audio -
Written By: Walt Whitman
Read By: Jon Hamm
15
Unabridged Download
-9780525526780 -
*Manufacturerâ€™s Suggested Retail Price. See retailer for details.
Life and Adventures of Jack Engle
An Auto-Biography; A Story of New York at the Present Time in which the Reader Will Find Some Familiar Characters 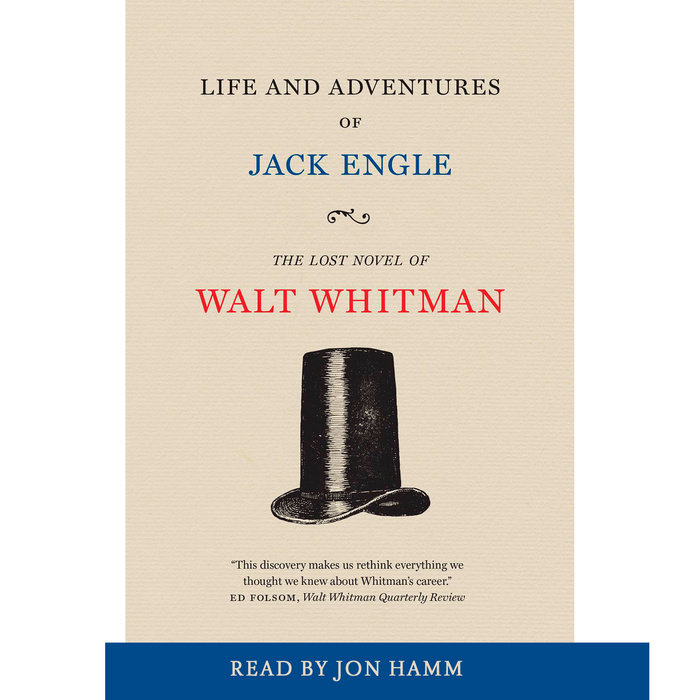 Written by: Walt Whitman
Read by: Jon Hamm
Afterword by: Zachary Turpin
3 Hours and 55 Minutes Imprint: Random House Audio Genre: Fiction - Classics Release Date: May 30, 2017
In 1852, young Walt Whitman—a down-on-his-luck housebuilder in Brooklyn—was hard at work writing two books. One would become one of the most famous volumes of poetry in American history, a free-verse revelation beloved the world over, Leaves of Grass. The other, a novel, would be published under a pseudonym and serialized in a newspaper. A short, rollicking story of orphanhood, avarice, and adventure in New York City, Life and Adventures of Jack Engle appeared to little fanfare.

No one laid eyes on it until 2016, when literary scholar Zachary Turpin, University of Houston, followed a paper trail deep into the Library of Congress, where the sole surviving copy of Jack Engle has lain waiting for generations. Now, after more than 160 years, the University of Iowa Press is honored to reprint this lost work, restoring a missing piece of American literature by one of the world’s greatest authors, written as he verged on immortality.


Read by Jon Hamm, with an afterword written and read by Zachary Turpin
Read More