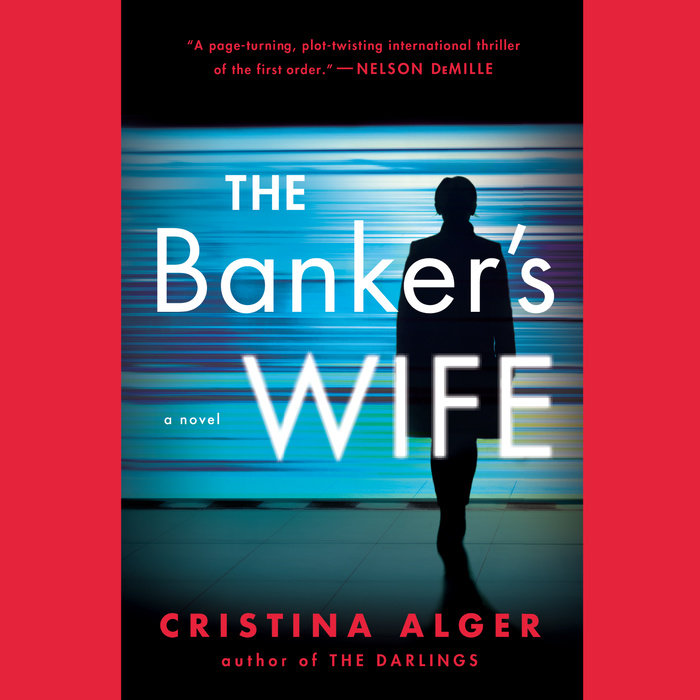 On an early morning in November, a couple boards a private plane bound for Geneva, flying into a storm. Soon after, it simply drops off the radar, and its wreckage is later uncovered in the Alps. Among the disappeared is Matthew Werner, a banking insider at Swiss United, a powerful offshore bank. His young widow, Annabel, is left grappling with the secrets he left behind, including an encrypted laptop and a shady client list. As she begins a desperate search for answers, she determines that Matthew's death was no accident, and that she is now in the crosshairs of his powerful enemies.

Meanwhile, ambitious society journalist Marina Tourneau has finally landed at the top. Now that she's engaged to Grant Ellis, she will stop writing about powerful families and finally be a part of one. Her entry into the upper echelons of New York's social scene is more appealing than any article could ever be, but, after the death of her mentor, she agrees to dig into one more story. While looking into Swiss United, Marina uncovers information that implicates some of the most powerful men in the financial world, including a few who are too close to home. The story could also be the answer to Annabel's heartbreaking search--if Marina chooses to publish it.

The Banker's Wife is both a high-stakes thriller and an inside look at the personal lives in the intriguing world of finance, introducing Cristina Alger as a powerful new voice in the genre.
Read More
A New York Times Book Review Editors' Choice

Praise for The Banker’s Wife

“[A] smart, incisive page turner... Alger delivers an addictive dose of suspense and intrigue with a surprisingly believable plot.”—USA Today

"Gripping financial thrillers are rare.... Cristina Alger passes all the tests.... An exciting journey into the dark underbelly of the ultra-rich world of banking."—The Times (UK)

“A glossy new thriller set in the world of international banking.”—Newsday

“The more intriguing, fresh tale is that of the three women.... Their choices about accepting or rejecting the easy life are the real thriller here.”—Bloomberg

"Entertaining and suspenseful...I highly recommend it if you like scandal, suspense, and the finance industry." —Fast Company, CEO Book Recommendations

“One of the best thrillers you'll read all summer."—Hello Giggles

"Warning: You'll want to cear your schedule for this thriller."—PureWow

“Buckle up—The Banker’s Wife is an international thriller that moves at a breakneck pace, keeping you on the edge of your seat.”—PopSugar

“With a global conspiracy about the 'world of dirty money, hidden away in shadow accounts' fueling a plot that soars from Geneva to London to Paris to New York, led by two intriguing women, this is a thriller to bank on.”—Minneapolis Star Tribune

“Lively. There's plenty of suspenseful plotting and a quest for conclusive answers as the story swings convincingly between Geneva, Paris, London, New York, the South of France, and ultimately, the Caribbean.”—East Hampton Star

“Readers riding this international financial roller coaster will be kept on edge through its many twists and turns. Highly recommended for fans of fast-paced thrillers in the tradition of John Grisham.”—Library Journal (starred review)

“Alger perfectly nails her twisty plot, wrapping everything up in a completely satisfying ending. Readers will be eagerly turning the pages of this fast-paced financial thriller.”—Booklist

“An engrossing financial thriller... Alger presents the world of wealth management in a way that a novice can understand the intricacies but also appeals to the sophisticated reader. This complex tale of how greed can upend innocent lives will resonate with many.”—Publishers Weekly

“The Banker's Wife is a page-turning, plot-twisting international thriller of the first order. Cristina Alger’s writing is as sophisticated and self-assured as the characters she’s created. A remarkable and intriguing journey into the rarefied world of power and money. A perfect blend of mystery, suspense, and betrayal.”—Nelson DeMille

“A knockout of an international thriller, with glamorous lives on collision courses with high-stakes crime and high-level politics through the corridors of power in Europe and America. Plus, Alger accomplishes the remarkable in making even Geneva seem exciting.”—Chris Pavone, author of The Expats

“In Cristina Alger’s expert hands, the world of complex international finance is the perfect setting for a gripping, twisty thriller that asks how well we really know the people closest to us. The Banker’s Wife is smart, savvy, and beautifully written. It grabs the reader by the gut and doesn’t let go until the last page.”—Alafair Burke, author of The Wife

“Behind every great fortune, there’s a crime... and a bank. From Geneva to London to New York, Cristina Alger takes us inside the secretive and corrupt world of the super-rich—and three women who struggle to survive its deadly undertow.”—Alex Berenson, author of The Prisoner

“Cristina Alger takes an inside look at the lucrative, high-stakes—and sometimes murderous—world of private banking in this stunning masterpiece. Whip smart and fraught with tension, The Banker's Wife packs a punch that doesn't let up. Brilliant.”—Mary Kubica, author of The Good Girl and Every Last Lie

“Cristina Alger’s ripped-from-the-headlines thriller is a fascinating glimpse into the mysterious world of billionaire banking, and kept me guessing until the very last page. I couldn't tear myself away.”—Janelle Brown, author of Watch Me Disappear

“If you enjoyed The Darlings like I did, you’ll LOVE The Banker’s Wife. International intrigue, glitz, and glamour all tangled in an intricately crafted plot. Both Annabel and Marina are smart, strong female leads who make bold choices—my favorite kind of characters. This is Alger’s best book yet!”—Kate Moretti, author of The Blackbird Season and The Vanishing Year

“The Banker's Wife is a glamorous and twisting novel of international intrigue, the secrets and lies that stitch a marriage together, and a wife’s desperate search to understand the husband she thought she knew. The rocket-paced plot and transporting sense of place will sweep you away, but it’s the smart, determined women at the heart of the story that keep you riveted through the breathless ending. Cristina Alger delivers on every level.”—Lisa Unger, author of The Red Hunter

“A mysterious plane crash and a suspicious home invasion unknowingly intersect two women, sending them on parallel paths to discover the truth about the people they love. The Banker's Wife will leave you breathless as you turn the pages, gasping as you uncover each delicious layer of this perfectly plotted thriller. We promise you’ll be guessing until the very end.”—Liz Fenton & Lisa Steinke, authors of The Good Widow

“The Banker’s Wife is the best kind of thriller: break-neck pace, gutsy women characters who are their own heroes—and if the action in dazzling locales don’t take your breath away, the twisty surprises will.”—Kate White, author of Even If It Kills Her
Read More 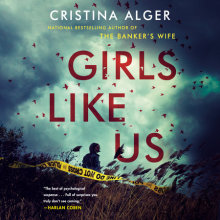 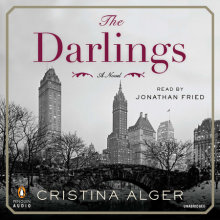