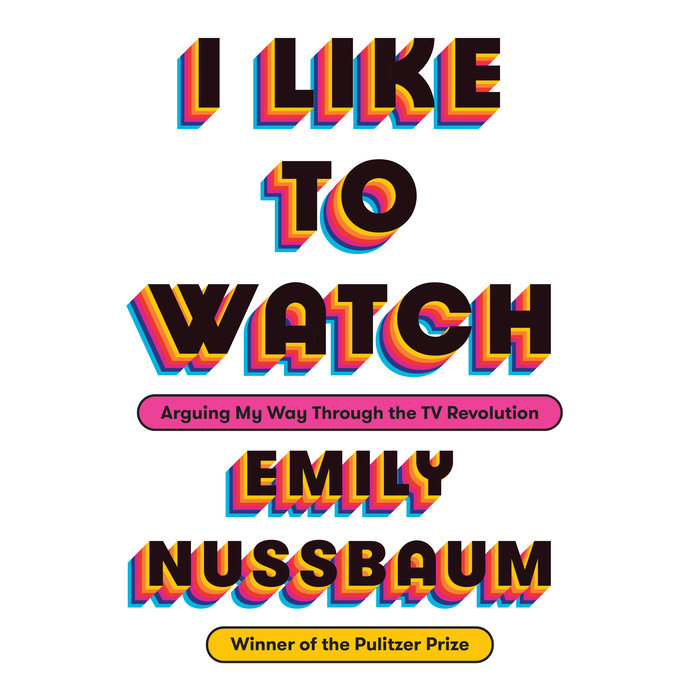 “Emily Nussbaum is the perfect critic—smart, engaging, funny, generous, and insightful.”—David Grann, author of Killers of the Flower Moon

From her creation of the “Approval Matrix” in New York magazine in 2004 to her Pulitzer Prize–winning columns for The New Yorker, Emily Nussbaum has argued for a new way of looking at TV. In this collection, including two never-before-published essays, Nussbaum writes about her passion for television, beginning with Buffy the Vampire Slayer, the show that set her on a fresh intellectual path. She explores the rise of the female screw-up, how fans warp the shows they love, the messy power of sexual violence on TV, and the year that jokes helped elect a reality-television president. There are three big profiles of television showrunners—Kenya Barris, Jenji Kohan, and Ryan Murphy—as well as examinations of the legacies of Norman Lear and Joan Rivers. The book also includes a major new essay written during the year of MeToo, wrestling with the question of what to do when the artist you love is a monster.

More than a collection of reviews, the book makes a case for toppling the status anxiety that has long haunted the “idiot box,” even as it transformed. Through it all, Nussbaum recounts her fervent search, over fifteen years, for a new kind of criticism, one that resists the false hierarchy that elevates one kind of culture (violent, dramatic, gritty) over another (joyful, funny, stylized). I Like to Watch traces her own struggle to punch through stifling notions of “prestige television,” searching for a more expansive, more embracing vision of artistic ambition—one that acknowledges many types of beauty and complexity and opens to more varied voices. It’s a book that celebrates television as television, even as each year warps the definition of just what that might mean.

“This collection, including some powerful new work, proves once and for all that there’s no better American critic of anything than Emily Nussbaum. But I Like to Watch turns out to be even greater than the sum of its brilliant parts—it’s the most incisive, intimate, entertaining, authoritative guide to the shows of this golden television age.”—Kurt Andersen, author of Fantasyland

“Reading Emily Nussbaum makes us smarter not just about what we watch, but about how we live, what we love, and who we are. I Like to Watch is a joy.”—Rebecca Traister
Read More
“You’ll be delighted. . . . Nussbaum’s essay about men, art, and the MeToo movement is alone worth the price of the book.”—The Washington Post

“Sometimes I’ll just be sitting around, reading something this woman’s written, and I’ll actually think, Why doesn’t somebody just put all of Emily Nussbaum’s writing into a book? And now somebody has! Except I Like to Watch is more than I knew I wanted. It’s got some of the Nussbaum hits (on The Sopranos, on Girls, on Joan Rivers, on Vanderpump Rules, for starters). But it’s also more: a work of sustained philosophical argument (What is television?) and resonant personal reflection (What does fandom cost?). It’s a book by a critic who loves an art form ardently and remains committed to both questioning the people who make the art and interrogating the ardor itself.”—Wesley Morris, critic at large, The New York Times

“Emily Nussbaum is the perfect critic—smart, engaging, funny, generous, and insightful. All of these talents are on display in this marvelous anthology of her essays on television. They illuminate the shows shaping our culture and the power of this flourishing art form.”—David Grann, author of Killers of the Flower Moon

“Taken together, the pieces in I Like to Watch form a searching, brilliant history of American attraction, repulsion, and fascination in the era of peak TV. The book assembles a picture, alive with rigor and pleasure, that only Nussbaum could paint of a medium that has risen and transformed into a high-culture institution that’s also an ever-shifting experiment about scorn and anxiety and desire. We’re lucky to have this record of it, as well as this casual reminder that criticism, at its very best, is an irreplaceable thrill.”—Jia Tolentino, author of Trick Mirror

“Some critics, even great ones, you read to agree or disagree with them, but Emily Nussbaum writing about television is something else again. As you read her, you can feel her enlarging your mind: not just what you think about the show at hand or television itself, but pop culture and our place inside it. Her fantastically smart work has always been a pleasure to read a week at a time; this book proves she’s equally great to binge, and ‘Confessions of the Human Shield,’ a new essay on how to think about art in the time of MeToo, is essential twenty-first-century reading.”—Elizabeth McCracken, author of Bowlaway

“Nussbaum has proven to be a shrewd, highly reliable source for evaluating this rapidly progressing medium. . . . Sharp, insightful writing that firmly positions Nussbaum as one of the leading TV critics of our time.”—Kirkus Reviews (starred review)
Read More 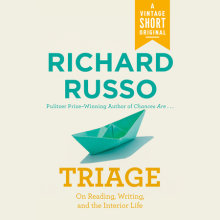 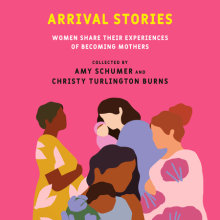