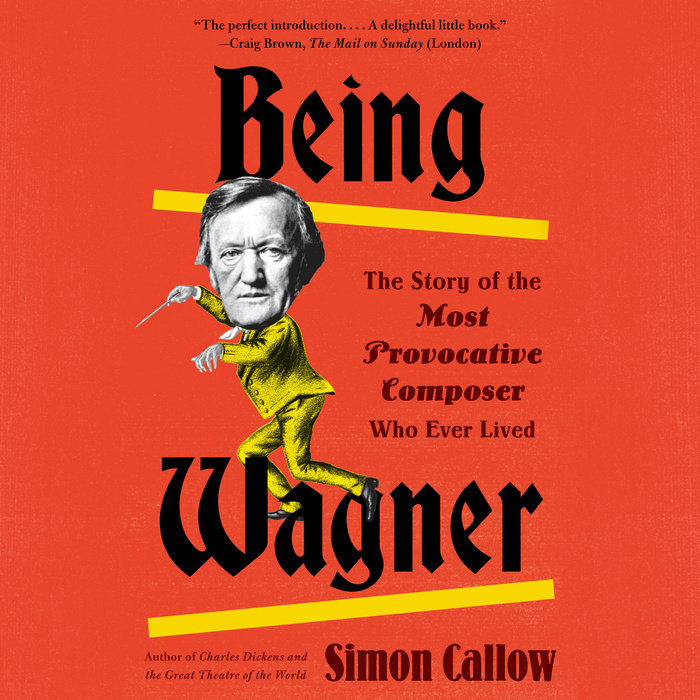 Richard Wagner's music dramas have never been more popular or more divisive. His ten masterpieces, created against the backdrop of a continent in severe political and cultural upheaval, constitute an unmatched body of work. A man who spent most of his life in abject poverty, inspiring both critical derision and hysterical hero-worship, Wagner was a walking contradiction: belligerent, flirtatious, disciplined, capricious, demanding, visionary, and poisonously anti-Semitic. Acclaimed biographer Simon Callow evokes the intellectual and artistic climate in which Wagner lived and takes us through his most iconic works, from his pivotal successes in The Flying Dutchman and Lohengrin, to the musical paradigm shift contained in Tristan and Isolde, to the apogee of his achievements in The Ring of the Nibelung and Parsifal, which debuted at Bayreuth shortly before his death. Being Wagner brings to life this towering figure, creator of the most sublime and most controversial body of work ever known.
Read More
International Praise for Simon Callow's Being Wagner

"Would Callow be able to tell me, in layman's language, what it is about Tristan that makes it so powerful? The answer, I am happy to say, is yes. The perfect introduction for those, like me, who may not be obsessives but who sense that something profound is going on, and would like to know more. . . . A delightful little book." --Craig Brown, The Mail on Sunday (London)