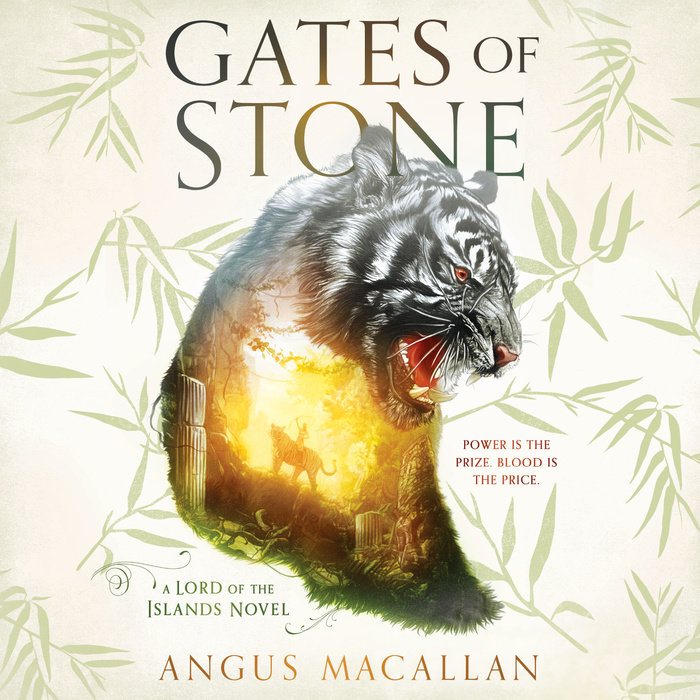 Written by: Angus Macallan
Read by: Mandy Williams
21 Hours and 11 Minutes Imprint: Penguin Audio Genre: Fiction - Fantasy - Epic Release Date: February 19, 2019
An emperor's daughter who refuses to be sidelined. A reluctant prince forced to take a stand. In a world of blood and magic, a powerful epic fantasy begins...

Just before her sixteenth birthday, Princess Katerina is informed she will not be inheriting the throne of the Empire of the Ice-Bear--merely because of her sex. Married off to a foreign lord and exiled to a provincial backwater, she is having none of it--and murders her husband on their wedding night. Determined to have her revenge and regain the throne, she will destroy anyone who stands in her way. Katerina embarks on a perilous voyage in search of the wealth and power she needs to achieve her ambitious goals.

And in the Laut Besar, a region of thousands of islands, a pampered prince sets off on a mad quest of his own--to recover the ancient sword of his royal father. Prince Jun, aided only by his decrepit servant and a young fisher girl, tracks the sword and the sorcerer who has stolen it and fled far across the islands. But Jun's fate is drawing him toward the fabulously wealthy city of Singarasam, toward Katerina and a shattering conflict that will change the course of the whole world.
Read More
Praise for Angus Macallan and Gates of Stone


"With tense political drama and rip-roaring action in a fresh and believable Asian-inspired setting, Gates of Stone reads like a collaboration between Joe Abercrombie and James Clavell. Add ancient feuding sorcerers and a queen who would eat Cersei Lannister for breakfast, and you have the makings of an excellent fantasy debut. Angus Macallan is a compelling new voice in epic fantasy."—Peter McLean, author of Priest of Bones


"I meant to give Gates of Stone a quick look before I started reading it--and couldn't put it down. Angus Macallan is a brilliant storyteller!"—Taylor Anderson, New York Times bestselling author of the Destroyermen series