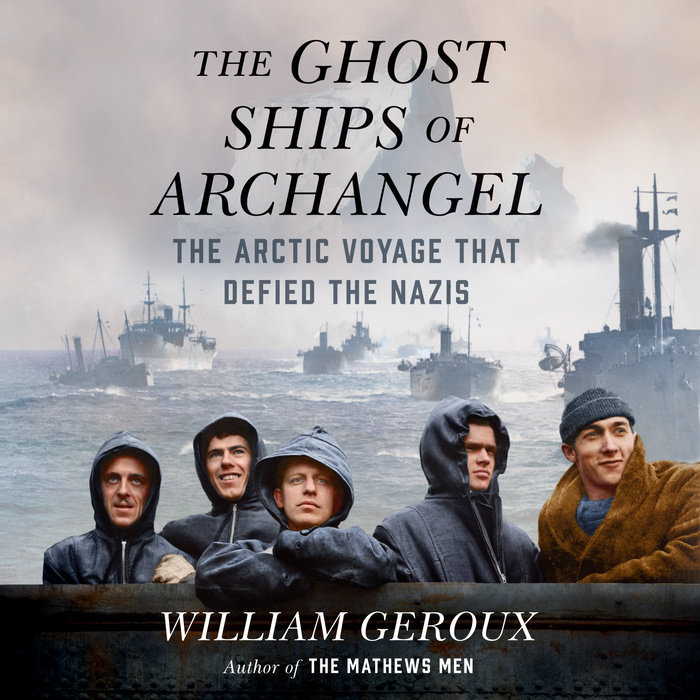 On the fourth of July, 1942, four Allied ships traversing the Arctic separated from their decimated convoy to head further north into the ice field of the North Pole, seeking safety from Nazi bombers and U-boats in the perilous white maze of ice floes, growlers, and giant bergs. Despite the risks, they had a better chance of survival than the rest of Convoy PQ-17, a fleet of thirty-five cargo ships carrying $1 billion worth of war supplies to the Soviet port of Archangel--the limited help Roosevelt and Churchill extended to Soviet dictator Joseph Stalin to maintain their fragile alliance, even as they avoided joining the fight in Europe while the Eastern Front raged.

The high-level politics that put Convoy PQ-17 in the path of the Nazis were far from the minds of the diverse crews aboard their ships. U.S. Navy Ensign Howard Carraway, aboard the SS Troubadour, was a farm boy from South Carolina and one of the many Americans for whom the convoy was to be a first taste of war; aboard the SS Ironclad, Ensign William Carter of the U.S. Navy Reserve had passed up a chance at Harvard Business School to join the Navy Armed Guard; from the Royal Navy Reserve, Lt. Leo Gradwell was given command of the HMT Ayrshire, a fishing trawler that had been converted into an antisubmarine vessel. All the while, The Ghost Ships of Archangel turns its focus on Roosevelt, Churchill, and Stalin, playing diplomatic games that put their ships in peril.

The twenty-four-hour Arctic daylight in midsummer gave no respite from bombers, and the Germans wielded the terrifying battleship Tirpitz, nicknamed The Big Bad Wolf. Icebergs were as dangerous as Nazis. As a newly forged alliance was close to dissolving and the remnants of Convoy PQ-17 tried to slip through the Arctic in one piece, the fate of the world hung in the balance.
Read More
“This book is sheer enjoyment… A riveting saga… Using marvelous accounts from first-person perspectives, Geroux crafted a history to be enjoyed by naval enthusiasts, mariners and World War II fans. This is not one to miss!”—Virginia Gazette

“In this gripping history, Geroux recounts the fascinating story of multinational convoy PQ-17, which sailed through treacherous ice-filled waters to deliver tanks, explosives, and other supplies to support the Soviet WWII effort . . . WWII aficionados, and anyone else who likes a good story, will find this well-written adventure tale a real pleasure.”—Publishers Weekly (*starred review*)

“An important but overlooked point in World War II… A nightmarish story of survival in the ice fields of the Arctic; an engaging read for fans of military history.”—Library Journal

Praise for The Mathews Men:

"A gripping, nearly lost story of World War II...readers will experience both the terror at sea and the agonizing tension of families who waited for loved ones to return."—Bookpage

"The valor and contributions of the U.S. Merchant Marines to victory in WWII has seldom been acknowledged . . . Geroux presents an unflinching, inspiring, and long delayed tribute to the sacrifice of these men."—Booklist (starred review)

"Poignant . . . A deep, compassionate group biography of these 'unsung heroes' of the Merchant Marines."—Kirkus

"Geroux combines the skills of a newsman and those of a scholar to tell the story of the vital and heroic role played by the U.S. Merchant Marines during WWII."—Publishers Weekly

"William Geroux's The Mathews Men harkens to the war heroics of Laura Hillenbrand's Unbroken and the British detective drama Foyle's War....Loaded with offbeat characters trying to survive against astonishingly impossible odds, Geroux gives these unheralded heroes their belated due in an account that is as meticulously researched as it is even-handed and poignant."—Beth Macy, author of Factory Man: How One Furniture Maker Battled Offshoring, Stayed Local - and Helped Save an American Town

"Geroux gives us a rollicking read that plunges you into the middle of the ocean and seduces you into caring for the story's heroic seafarers. This is both a terrific and terrifying blow-by-blow of the actions of the sailors of the U.S. Merchant Marine as the dodged deadly U-Boats during the course of World War II and who, as Lincoln put it, too often made the ultimate sacrifice upon the altar of freedom."—Bob Drury and Tom Clavin, co-authors of Halsey's Typhoon and The Heart of Everything That Is

"Often overlooked and unsung, the men of the U.S. Merchant Marine risked all against stealthy German U-boats whether within sight of East Coast cities or on the Arctic run to Murmansk. Mr. Geroux has superbly chronicled the gripping and deeply personal story of brothers in blood as well as in mission."—Walter R. Borneman, author of The Admirals: Nimitz, Halsey, Leahy, and King--The Five-star Admirals Who Won the War at Sea

"The German U-Boat war against American merchant men was deadly and dramatic--in World War II, the U.S. Merchant Marine had twice the fatality rate of the U.S. Navy. William Geroux has unearthed a fascinating tale of one small coastal town caught in the thick of the fight, and he tells it with a sharp reporter's eye and a real feel for the heroic men who went down to the sea in ships."—Evan Thomas, author of Being Nixon and Sea of Thunder
Read More 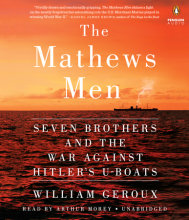