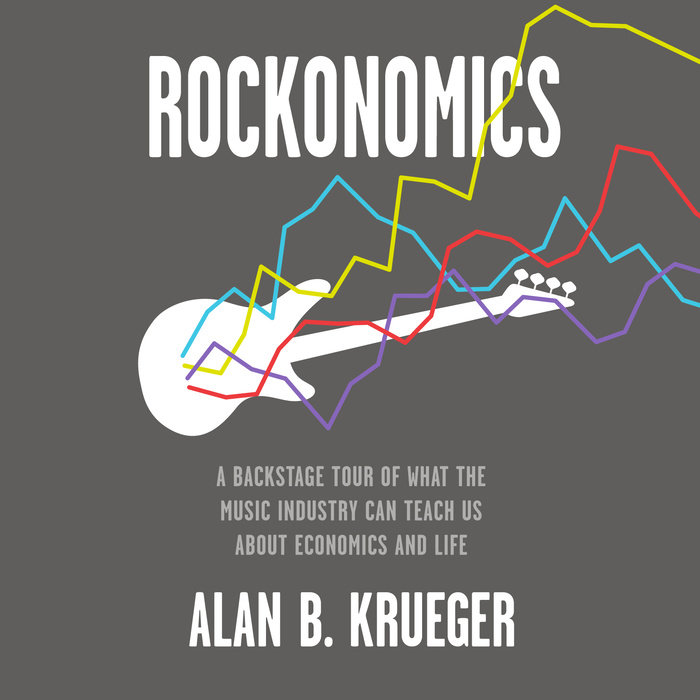 Written by: Alan B. Krueger
Read by: Fred Berman
9 Hours and 7 Minutes Imprint: Random House Audio Genre: Business & Economics - Economics - Theory Release Date: June 04, 2019
Alan Krueger, a former chairman of the president's Council of Economic Advisers, uses the music industry, from superstar artists to music executives, from managers to promoters, as a way in to explain key principles of economics, and the forces shaping our economic lives.

The music industry is a leading indicator of today's economy; it is among the first to be disrupted by the latest wave of technology, and examining the ins and outs of how musicians create and sell new songs and plan concert tours offers valuable lessons for what is in store for businesses and employees in other industries that are struggling to adapt.

Drawing on interviews with leading band members, music executives, managers, promoters, and using the latest data on revenues, royalties, streaming tour dates, and merchandise sales, Rockonomics takes readers backstage to show how the music industry really works--who makes money and how much, and how the economics of the music industry has undergone a radical transformation during recent decades.

Before digitalization and the ability to stream music over the Internet, rock stars made much of their income from record sales. Today, income from selling songs has plummeted, even for superstars like James Taylor and Taylor Swift. The real money nowadays is derived from concert sales. In 2017, for example, Billy Joel earned $27.4 million from his live performances, and less than $2 million from record sales and streaming. Even Paul McCartney, who has written and recorded more number one songs than anyone in music history, today, earns 80 percent of his income from live concerts. Krueger tackles commonly asked questions: How does a song become popular? And how does a new artist break out in today's winner-take-all economy? How can musicians and everyday workers earn a living in the digital economy?

Includes a PDF of charts and graphs.
Read More
"An absolutely brilliant mind. The definition of left and right brain balance!!"
—Quincy Jones

"The music biz has been down a twisted path, but Alan Krueger brings it all together in a smart, relatable way.  Rockonomics has lessons far beyond the music industry, so fasten your seat belt and come along for the ride."
—Donald Passman, music industry attorney and author of All You Need to Know About the Music Business

"Krueger has produced something special here. With reference to Lady Gaga, Bono, Dylan, and Springsteen, he tells us a ton about how the modern economy works, and also about the human spirit. Oh, he has something to say about human happiness, too. Brilliant, surprising, and fun -- a bit like rock music itself."
—Cass R. Sunstein, Robert Walmsley University Professor at Harvard University and Author of Conformity: The Power of Social Influences

"When it comes to rock and roll, not even the musicians who play your favorite songs know where the money goes, which makes Alan Krueger’s outstanding book Rockonomics all the more essential. Through his accounts of show-business dealings and interviews with artists, Krueger unpacks and explains subjects of maddening complexity—record deals, concert ticket sales, streaming revenues, and much more—with the mind of an economist and the heart of a music lover."
—Jacob Slichter, Drummer for Semisonic and Author of So You Wanna Be a Rock and Roll Star

"If you like music (we learn here it would take six lifetimes just to listen to every song once) and going backstage to see how things work (touring, streaming, scalping) and the stories behind the stories (how Reginald Dwight met Bernie Taupin and became Elton John) – then rock on!  Or, in this case, RockOnOmics!"
—Andrew Tobias, author of The Only Investment Guide You’ll Ever Need

"The music business keeps re-inventing itself (from records, to tape, to CDs to streaming) and Alan Krueger covers all the bases. As one former LSE student once sang: ‘its only rock and roll but I like it, like it, yes I do.’ That applies to this book too."
—Richard Thaler, Nobel Prize Recipient in Economics and Charles R. Walgreen Professor at University of Chicago Booth School of Business

"If you like music (we learn here it would take six lifetimes just to listen to every song once) and going backstage to see how things work (touring, streaming, scalping) and the stories behind the stories (how Reginald Dwight met Bernie Taupin and became Elton John) – then rock on! Or, in this case, RockOnOmics!"
—Andrew Tobias, Author of The Only Investment Guide You’ll Ever Need

"Rockonomics is entertaining, educational and enlightening. Alan Krueger gives us a backstage tour of the music industry — and in doing so, he creates a brilliant metaphor for our entire economy.  Highly recommended."
—Harlan Coben, #1 New York Times Bestselling Author of Don’t Let Go

"Read this book—whether you are a rock fan or, like me, think the Beatles and Stones were the last good groups. Read it because Alan Krueger makes the subject fun and demonstrates how the workings of this 0.1 percent of the US economy beautifully illustrate upcoming changes in the US and global economies."
—Daniel S. Hamermesh, Distinguished Scholar at Barnard College and Author of Spending Time and Beauty Pays

"I actually majored in economics in college. A few years later, I bumped into a former classmate who asked me what I was doing. I told him I was handling rock radio promotion for Mercury Records.  He said, ‘What a waste of your education.’

I hope he reads Rockonomics, so he'll find out I didn't end up as a total loser."
—Cliff Burnstein, Co-Founder of Q-Prime with Peter Mensch, Management Firm for Metallica and the Red Hot Chili Peppers
Read More 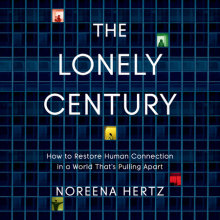 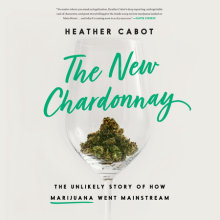 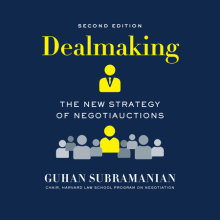