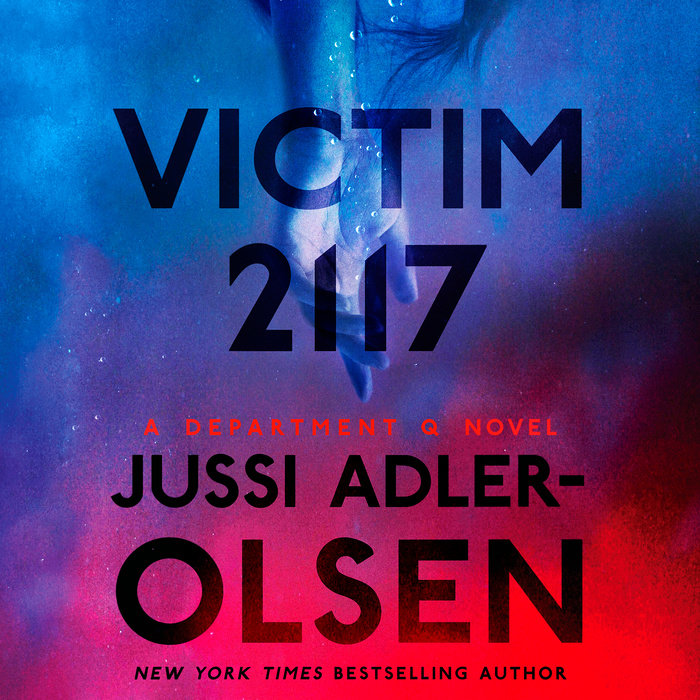 The newspaper refers to the body only as Victim 2117—the two thousand one hundred and seventeenth refugee to die in the Mediterranean Sea. But to three people, the unnamed victim is so much more, and the death sets off a chain of events that throws Department Q, Copenhagen’s cold cases division led by Detective Carl Mørck, into a deeply dangerous—and deeply personal—case. A case that not only reveals dark secrets about the past, but has deadly implications for the future.

For troubled Danish teen Alexander, whose identity is hidden behind his computer screen, the death of Victim 2117 becomes a symbol of everything he resents and the perfect excuse to unleash his murderous impulses in real life. For Ghaalib, one of the most brutal tormentors from Abu Ghraib—Saddam Hussein’s infamous prison—the death of Victim 2117 is the first step in a terrorist plot years in the making. And for Department Q’s Assad, Victim 2117 is a link to his buried past—and the family he assumed was long dead.

With the help of the Department Q squad—Carl, Rose, and Gordon—Assad must finally confront painful memories from his years in the Middle East in order to find and capture Ghaalib. But with the clock ticking down to Alexander’s first kill and Ghaalib’s devastating attack, the thinly spread Department Q will need to stay one step ahead of their most lethal adversary yet if they are to prevent the loss of thousands of innocent lives.
Read More
Praise for Victim 2117

“The Danish crime writer Jussi Adler-Olsen doesn’t fool around. If he wants to creep you out, he knows exactly how to do it.”—The New York Times Book Review

“Victim 2117 is a mind-blowing adventure, a huge adrenaline rush. Trust me on this, you won't want to put it down.”—Catherine Coulter, #1 New York Times bestselling author of Deadlock

“Jussi Adler-Olsen, with his unrestrained humor and warm heart, is a kind of Danish mentor to us. At their core, crime novels are stories about empathy and a powerful sense of justice. Victim 2117 grows into a hard-hitting fist that lands heavily and relentlessly in the midst of our time.”—Lars Kepler, # 1 internationally bestselling author of the Joona Linna series

“In a feat of unparalleled storytelling, this eighth Department Q episode brings the full team back together as Adler-Olsen weaves Assad’s heart-wrenching story into a pair of relentless manhunts.”—Booklist (starred review)

“Adler-Olsen supplies everything you could possibly want from a thriller and much, much more.”—Kirkus Reviews

“Fans of the series will cheer to once again ride along with this band of Danish police.”—Library Journal

“The Department Q series is one of the best-plotted series in mystery fiction.”—Deadly Pleasures Mystery Magazine

“If you like the dark humor, wisecracking, and the layered betrayals of Raymond Chandler, then read Adler-Olsen’s Department Q series.”—Men's Journal

“Thrilling, clever, and driven by a rough-hewn protagonist.”—Paste