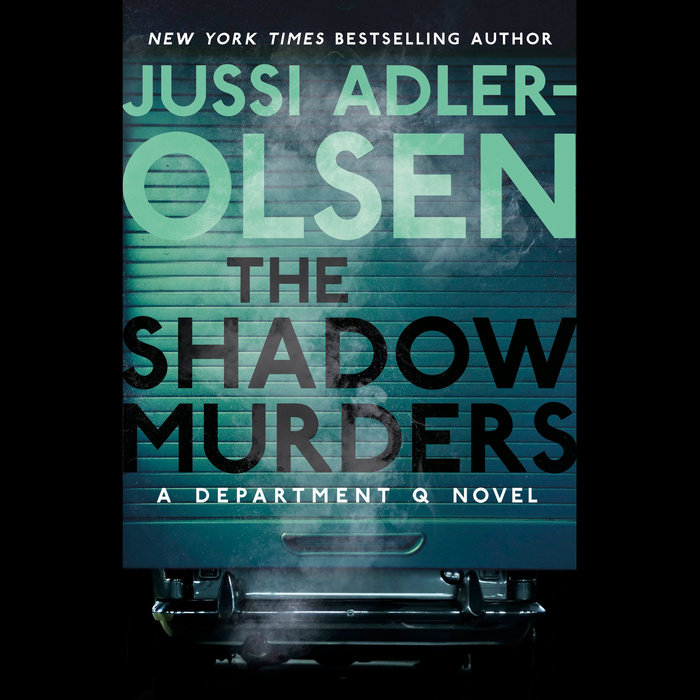 Written by: Jussi Adler-Olsen
Read by: Graeme Malcolm
Translated by: William Frost
13 Hours and 11 Minutes Imprint: Penguin Audio Genre: Fiction - Mystery & Detective - Police Procedural Release Date: September 27, 2022
In the exhilarating penultimate thriller of the New York Times and #1 internationally bestselling Department Q series, the team must hunt for a nefarious criminal who has slipped under the radar for decades.

On her sixtieth birthday, a woman takes her own life. When the case lands on Detective Carl Mørck’s desk, he can’t imagine what this has to do with Department Q, Copenhagen’s cold cases division since the cause of death seems apparent. However, his superior, Marcus Jacobsen, is convinced that this is related to an unsolved case that has been plaguing him since 1988.

At Marcus's behest, Carl and the Department Q gang—Rose, Assad, and Gordon—reluctantly begin to investigate. And they quickly discover that Marcus is onto something: Every two years for the past three decades, there have been unusual, impeccably timed deaths with connections between them that cannot be ignored, including mysterious piles of salt at the scenes. As the investigation goes deeper, it emerges that these "accidents" are in fact part of a sinister murder scheme.

Faced with their toughest case yet, made only more difficult by COVID-19 restrictions and the challenges of their personal lives, the Department Q team must race to find the culprit before the next murder is committed, as it is becoming increasingly clear that the killer is far from finished.
Read More
“Christmas is the holiday fast approaching in Danish author Jussi Adler-Olsen’s The Shadow Murders, translated by William Frost. But it might as well be Halloween, for all the ghoulish deeds and wicked fiends the book contains.”
—Wall Street Journal

“Opening teases don’t get much more tantalizing than in bestseller Adler-Olsen’s stellar ninth Department Q novel featuring Copenhagen’s cold-case division.... The climax lives up to the promise of the brilliant opening, cleverly connecting all the plotlines.”
—Publishers Weekly (starred)

"Every character seemed to come alive.... This police procedural and crime thriller has a stunning and deeply involved plot. The twists and turns will keep readers highly engaged and leads to an action-filled and emotional conclusion."
—Mystery and Suspense Magazine

“Award-winning author Jussi Adler-Olsen delivers another spellbinding thriller, The Shadow Murders, the ninth installment in his popular Department Q series… Readers will find it hard to put the book down because it is so intense, compelling and well done on every level.”
—Book Reporter

“The Shadow Murders is a big, complex creation.... [Adler-Olsen] is an elite writer among a field of exciting Scandinavian suspense writers.”
—New York Journal of Books