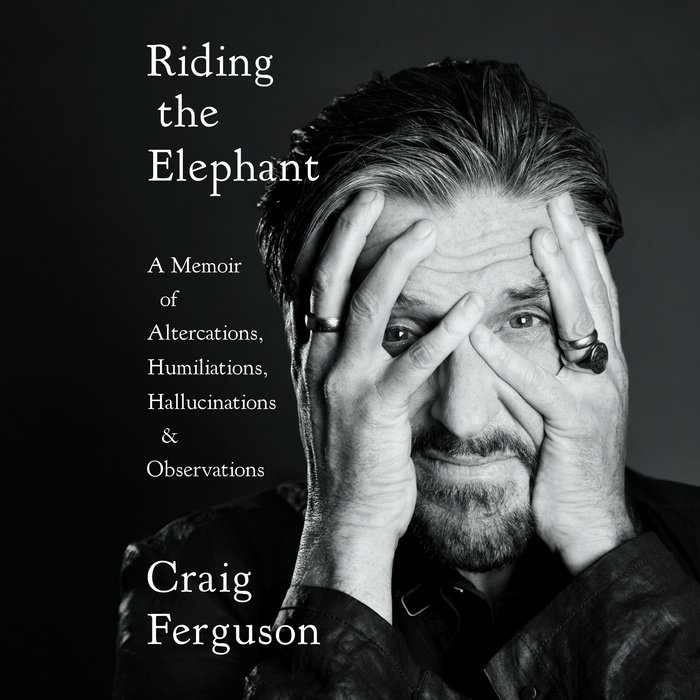 Craig Ferguson has defied the odds his entire life. He has failed when he should have succeeded and succeeded when he should have failed. The fact that he is neither dead nor in a locked facility (at the time of printing) is something of a miracle in itself. In Craig’s candid and revealing memoir, listeners will get a look into the mind and recollections of the unique and twisted Scottish American who became a national hero for pioneering the world’s first TV robot skeleton sidekick and reviving two dudes in a horse suit dancing as a form of entertainment.

In Riding the Elephant, there are some stories that are too graphic for television, too politically incorrect for social media, or too meditative for a stand-up comedy performance. Craig discusses his deep love for his native Scotland, examines his profound psychic change brought on by fatherhood, and looks at aging and mortality with a perspective that he was incapable of as a younger man. Each story is strung together in a colorful tapestry that ultimately reveals a complicated man who has learned to process—and even enjoy—the unusual trajectory of his life.

Katie Falkenberg/Los Angeles Times/Contour by Getty Images
Read More
“[Ferguson] has mastered the skill of self-examination. Fortunately for us, the lad’s willing to share it, and his evocative writing makes it worthwhile.”
—The Pittsburgh Post-Gazette

“Ferguson is a natural storyteller, sharp-witted and acutely observant of his surroundings. He's capable of maintaining a light touch yet his stories often transcend whatever humorous incidents may occur. Collectively, they serve as often poignant meditations on the long journey toward his late-middle-aged self. An entertaining memoir by a humorist who has gained enlightening insight into living an authentic life.”
—Kirkus Reviews

“Humorous and heartfelt (often on the same page), Ferguson is a great story-teller, whose signature irreverence and comedic timing translates perfectly to print.”
—Library Journal

“As the title implies, the reader is along on a wayward and memorable journey.”
—Booklist