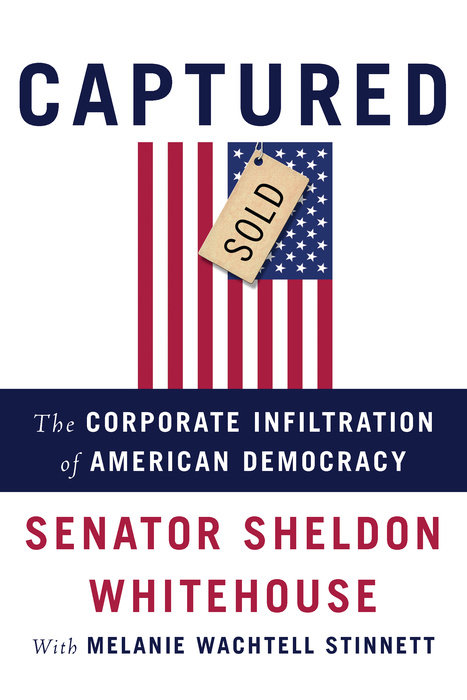 Americans know something is wrong in their government. Senator Whitehouse combines history, legal scholarship, and personal experiences to provide the first hands-on, comprehensive explanation of what's gone wrong, exposing multiple avenues through which our government has been infiltrated and disabled by corporate powers. Captured reveals an original oversight by the Founders, and shows how and why corporate power has exploited that vulnerability: to strike fear in elected representatives who don’t “get right” by threatening million-dollar "dark money" election attacks (a threat more effective and less expensive than the actual attack); to stack the judiciary—even the Supreme Court—in "business-friendly" ways; to "capture” the administrative agencies meant to regulate corporate behavior; to undermine the civil jury, the Constitution's last bastion for ordinary citizens; and to create a corporate "alternate reality" on public health and safety issues like climate change.

Captured shows that in this centuries-long struggle between corporate power and individual liberty, we can and must take our American government back into our own hands.
Read More