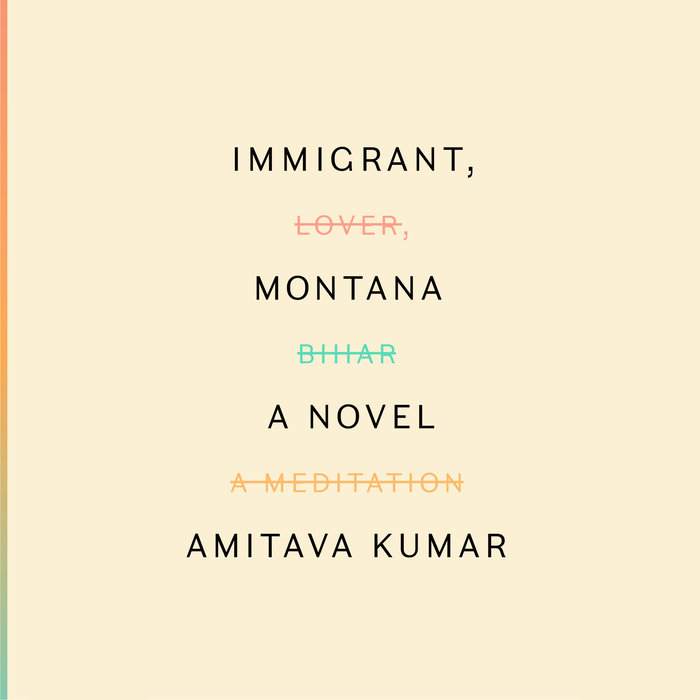 ONE OF THE NEW YORKER’S BEST BOOKS OF THE YEAR

Carrying a single suitcase, Kailash arrives in post-Reagan America from India to attend graduate school. As he begins to settle into American existence, Kailash comes under the indelible influence of a charismatic professor, and also finds his life reshaped by a series of very different women with whom he recklessly falls in and out of love.

Looking back on the formative period of his youth, Kailash’s wry, vivid perception of the world he is in, but never quite of, unfurls in a brilliant melding of anecdote and annotation, picture and text. Building a case for himself, both as a good man in spite of his flaws and as an American in defiance of his place of birth, Kailash weaves a story that is at its core an incandescent investigation of love—despite, beyond, and across dividing lines.
Read More
"Amitava Kumar's Immigrant, Montana is a beguiling meditation on memory and migration, sex and politics, ideas and art, and race and ambiguity. Part novel, part memoir, this book is as sly, charming, and deceptive as its passionate protagonist, a writer writing himself into being."
—Viet Thanh Nguyen, Pulitzer Prize-winning author of The Sympathizer

"There is a buoyant energy and hilarity to this account of an Indian student seeking the wide world through the women he meets, but one laughs with growing unease as a darker undercurrent is slowly revealed. An unusual, brave twist on the migrant's tale."
—Kiran Desai, author of the Man Booker Prize-winning The Inheritance of Loss

"Immigrant, Montana is a delight."
—Hanif Kureishi, author of Intimacy

"Apparently, Amitava Kumar once considered calling this book The Man Without a Country, which is indeed what it’s about—the eros of crossing and crisscrossing borders, the necessity of jumping boundaries, the excitement of refusing to place people and books in categories. An urgent, galvanizing work."
—David Shields, author of Reality Hunger and Other People

"Audacious in its scope yet with refreshing attention to detail, Immigrant, Montana is one of those novels that, with each rereading, a reader will unlock another treasure box of joy."
—Yiyun Li, author of Dear Friend, from My Life I Write to You in Your Life

"This is a deeply American novel, one that delves into the messiness of love (and sex!), and the meeting point between identity, character, place, and the constant cultural stuff floating around. . . . Kumar's novel is uproariously funny and deeply moving."
—David Means, author of Hystopia

“Entertaining . . . with considerable wit to boot . . . We should all accomplish so much.”
—Jabari Asim, The New York Times Book Review

“Bold and provocative . . . [and a] cerebral undercurrent . . . This novel fearlessly unmasks some great men, making political stalwarts and revolutionaries stumble down from their pedestals.”
—Meena Kandasamy, The Guardian

“If Portnoy was an Indian immigrant writer . . . The book is as cerebral as it is sensual, and as slippery in nature as it is insightful. . . . Immigrant, Montana is intelligent, melancholy, quirky.”
—Michael Upchurch, Boston Globe

“Refreshing . . . The book contains India and America, nostalgia and humor. Ambitious artistic undertakings like Kumar’s are how the literarure of exile secures its palce in the new country, becoming not immigrant novels but free American novels.”
—Sanjena Sathian, The Millions

“This coming-of-age-in-the-city story is bolstered by the author’s captivating prose, which keeps it consistently surprising and hilarious. . . . An inventive delight, perfectly pitched to omnivorous readers.”
—Publishers Weekly (starred review)

“Kumar [is] a keen observer of the contemporary American immigrant experience. . . . A droll and inventive tale for the intellectually omnivorous.”
—Brian K. Mahoney, The Chronogram
Read More 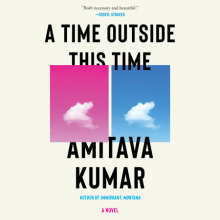 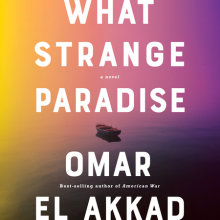