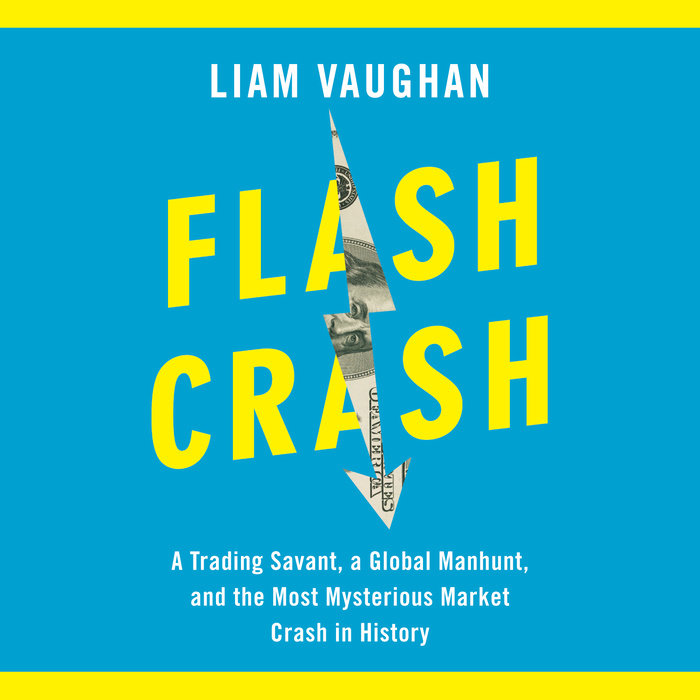 On May 6, 2010, financial markets around the world tumbled simultaneously and without warning. In the span of five minutes, a trillion dollars of valuation was lost. The Flash Crash, as it became known, represented what was then the fastest drop in market history. When share values rebounded less than half an hour later, experts around the globe were left perplexed. What had they just witnessed?

Navinder Singh Sarao hardly seemed like a man who would shake the world's financial markets to their core. Raised in a working-class neighborhood in West London, Nav was a preternaturally gifted trader who played the markets like a computer game. By the age of thirty, he had left behind London's "trading arcades," working instead out of his childhood home. For years the money poured in. But when lightning-fast electronic traders infiltrated markets and started eating into his profits, Nav built a system of his own to fight back. It worked—until 2015, when the FBI arrived at his door. Depending on whom you ask, Sarao was a scourge, a symbol of a financial system run horribly amok, or a folk hero who took on the tyranny of Wall Street and the high-frequency traders.

A real-life financial thriller, Flash Crash uncovers the remarkable, behind-the-scenes narrative of a mystifying market crash, a globe-spanning investigation into international fraud, and a man at the center of them both.
Read More
*Longlisted for the FT & McKinsey Business Book of the Year*

*Soon to be a feature film starring Dev Patel*

“Compelling…An engaging history lesson on the evolution of modern trading, the conflicting demands it seeks to serve, and its dislocation from any social purpose.”
—Financial Times

“A well-researched and fast-paced narrative about the incident and an intriguing portrait of the culprit.”
—The Guardian

“A gripping human drama.... Liam Vaughan’s clear explanations...are one of the things that make the book so compelling. Another is the way he brings out the moral subtleties.... [Vaughan] tells the story beautifully.”
—Daily Mail (UK)

“[An] extraordinary tale… [Vaughan] tells it in vivid detail… The real lesson from Mr. Vaughan’s well-reported book is that far too much energy goes into prosecuting such small fry. The real bandits are still out there, cloaked in political cover and respectability yet rigging the markets at scale.”
—Wall Street Journal

"Read this book. It is briskly written and well paced. It explains complex financial concepts in lucid prose that should be accessible to newcomers, while also providing details that will engage more knowledgeable readers...A worthy and engaging addition to the genre of book-length narrative financial journalism."
—Los Angeles Review of Books

"A magnificently detailed yet pacy narrative.  Think Trading Places meets Wall Street... Vaughan achieves something even more remarkable. He makes you sympathize with a trader who on a good day clears £700,000."
—Sunday Times (UK)

"Extremely well-researched and clearly written... Whether [Sarao] and his spoofing machine caused the Flash Crash will always be unknown, but one thing’s for certain: he out-cheated the cheats. By the end of this story you can’t help but admire him for it."
—The Spectator (UK)

“Until now, the Flash Crash of 2010, where a trillion dollars seemingly vaporized in the span of just five minutes, was one of Wall Street's biggest mysteries. Liam Vaughan's fast-paced, richly detailed financial thriller tells the real story of how it happened, who was at the center of it, and what it all means. You'll want to read it in one sitting.”
—Bethany McLean, co-author of The Smartest Guys in the Room

“The definitive account of one of the most mysterious events in the recent history of financial markets…Flash Crash tells the irresistible personal tale of the unlikely character—finance whiz, social misfit, brazen cheater, folk hero, fraud victim—who finds himself at the center of a vast global scandal.”
—David Enrich, author of Dark Towers

“Flash Crash tells the dramatic tale of how a solitary trader managed to help bring global markets to their knees, but it also sheds much-needed light on the forces—and unlikely characters—that move today’s makets...eye-opening.”
—Gregory Zuckerman, author of The Man Who Solved the Market

“An elegant and fast-paced narrative about one of the more obscure and mysterious financial anomalies. Through meticulous reporting and a gripping story, Vaughan has filled in many of the missing pieces. You won’t be able to put it down.”
—William D. Cohan, author of Four Friends and House of Cards

"A fascinating journey through the heart of the financial markets and the battle between man and machine in the search for trading profits."
—Bradley Hope, co-author of Billion Dollar Whale

"Flash Crash is a lively, engrossing tale that reveals just how corrupt, absurd and vulnerable our financial system really is."
—Sheelah Kolhatkar, author of Black Edge

“Flash Crash chronicles in vivid, readable prose the sights, sounds and smells of life in a busy trading arcade and the characters that frequented them in a must-read.”
—Global Investor Group