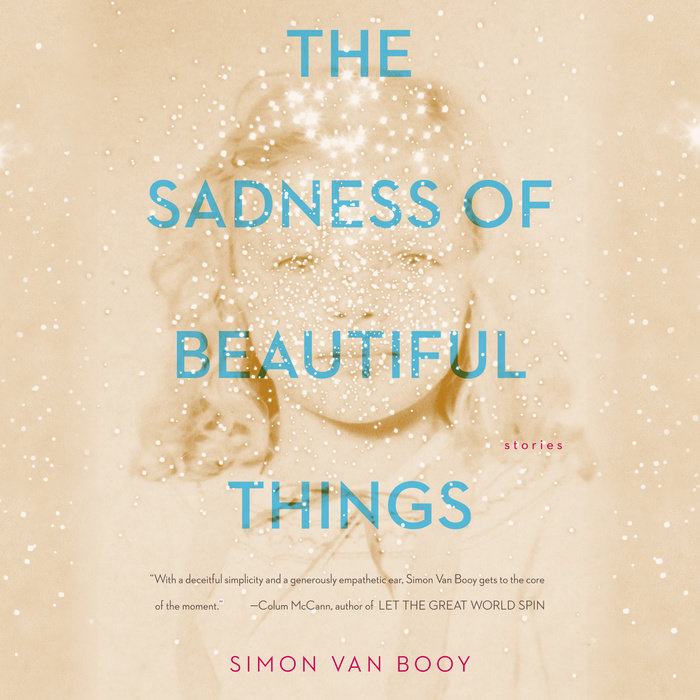 Over the past decade, Simon Van Booy has been listening to people’s stories. With these personal accounts as a starting point, he has crafted a powerful collection of short fiction that takes readers into the innermost lives of everyday people. From a family saved from ruin by a mysterious benefactor, to a downtrodden boxer who shows unexpected kindness to a mugger, these masterfully written tales reveal not only the precarious balance maintained between grief and happiness in our lives, but also how the echoes of personal tragedy can shape us for the better.

“Van Booy’s stories are somehow like paintings the characters walk out of, and keep walking.” —Los Angeles Times

"Simon Van Booy knows a great deal about the complex longings of the human heart." --Robert Olen Butler, Pulitzer Prize-winning author of A Good Scent from a Strange Mountain

Audiobook Table of Contents:
A Sacrifice, read by Alana Kerr Collins
The Green Blanket, read by James Fouhey
Playing with Dolls, read by Simon van Booy
The Pigeon, read by Giordan Diaz
The Hitchhiker, read by Alana Kerr Collins
Not Dying, read by Darren Burrows
The Saddest Case of True Love, read by Simon van Booy
The Doorman, read by James Fouhey
Read More
"With a deceitful simplicity and a generously empathetic ear, Simon Van Booy gets to the core of the moment." —Colum McCann, author of Transatlantic and Let The Great World Spin

"Simon Van Booy writes wonderful stories that surprise and uplift,  that hold our attention all the way with subtle revelations about life in all its astounding contradictions: its sorrows and joys." —Sheila Kohler, author of Becoming Jane Eyre and Once We Were Sisters

"Each of these eight stories, while burdened by loss, are also limned with a more hopeful light. Van Booy captures the rare flashbulb memories of trauma, heartbreak, and melancholy, in the lives of people he’s met, but his writing basks in the healing afterglow of what follows. In the sparsely furnished prose of Van Booy’s stories it is easy to pour oneself into his characters, who I delight to know are real people, existing somewhere far away." —Madeline Day, The Paris Review

"Most of the tales in this engrossing collection of short stories are based on true stories told to Van Booy over the course of his travels. Some have a hint of science-fiction about them, like one about a husband and wife who’ve become afraid of their daughter after a mysterious accident involving a pair of VR glasses. In contrast, the opening story about a bedraggled family saved from ruin by a mysterious benefactor reads like a fable overheard in an Irish pub on a rainy day, full of loves lost and sideways unraveling. As a whole, the collection is both moody and poignant and calls to be read sitting by a fire with a whiskey close at hand." —Esquire, "Best books of 2018 (so far)"

“These are melancholy stories. Bitter as tonic. Sometimes thin, always jagged, they're like swallowing barbed wire; they hurt you from the inside. But in their form — within their structure and limitations — Van Booy works an unusual trick of transubstantiation. In moments, in glances, in tiny flutterings of description ("There were rocks near the water's edge, like molars from the mouth of an old god.") he makes the world beautiful in its awfulness. He finds the expressions of sweetness or light in darkness, captures the precise weight of exhaustion in joy when it comes to those who have learned how rare and precious happiness can be. And how fleeting.” —Jason Sheehan, NPR

"Each story’s treatment resonates as vintage Van Booy: simple, distilled, deeply thoughtful prose that seems instantly to disappear into its own telling, like rain into the sea. Following his seven books of fiction and three philosophy anthologies, one’s eager to discover new work from this gentle, trenchant voice that, no matter what narrative it tackles, quietly suggests a linking vision." —San Francisco Chronicle

“In his newest book of stories, award-winning author Simon Van Booy presents a collection of moving narratives about people: How they live, who they love, why they grieve, and how they survive. A slim but powerful book, The Sadness of Beautiful Things is a gorgeously wrought, emotionally stirring collection you will want to savor.” —Bustle

"Van Booy’s latest is a thoroughly satisfying story collection inspired by personal anecdotes the author has heard from strangers. The sometimes otherworldly tales showcase misery tinged with a silver lining of hope…. [It is] a vivid collection. Fans of heartfelt stories with a hint of science fiction will find much to enjoy." —Publishers Weekly

“Each of these haunting, at times mystical, fictions are, at their core, love stories in every conceivable sense of the word… Van Booy is a wise, philosophical writer. His spare prose is incredibly illuminating and is further enhanced by unexpected resolutions that allow graceful themes to expand and flourish.” —Shelf Awareness

"The Sadness of Beautiful Things, inspired by true stories he was told during his travels, holds the power of love up to the light, in soft focus, while moving through a world of ache, sorrow and longing. . . .Van Booy’s gift is that he gets out of his own way, and allows plenty of breathing room so you can feel the characters, and engage their inner lives. It is a set-up in which compassion arises and flourishes, in which haunts are slow-bled, and dignity revived." —John Biscello, Riot Material

“Van Booy's (Father's Day, 2016) latest collection is full of surprises… some stories are grounded in realism, but others contain elements of magic…. “Playing with Dolls”… veers into SF territory… [while] “Not Dying”… turns into a meditation on love and the fine line between life and death.” —Booklist
Read More 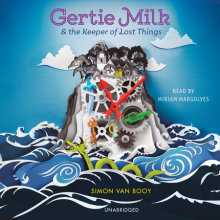