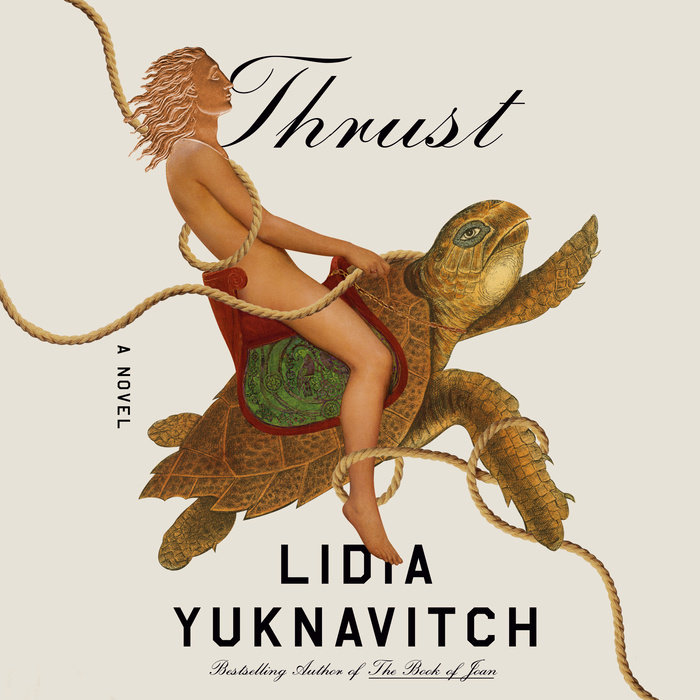 THRUST IS:
“Epic.” –The New York Times
“A triumph.” —Elle
“Stunningly beautiful.” —The Daily Beast
“Both of the moment and utterly timeless.” —Chicago Review of Books
“A book to take in wide-eyed.”  —Rebecca Makkai

NAMED A BEST BOOK OF THE SUMMER BY TIME, THE LOS ANGELES TIMES, ELLE, THE DAILY BEAST, BUSTLE, LITHUB, and GIZMODO

As rising waters—and an encroaching police state—endanger her life and family, a girl with the gifts of a "carrier" travels through water and time to rescue vulnerable figures from the margins of history

Lidia Yuknavitch has an unmatched gift for capturing stories of people on the margins—vulnerable humans leading lives of challenge and transcendence. Now, Yuknavitch offers an imaginative masterpiece: the story of Laisvė, a motherless girl from the late 21st century who is learning her power as a carrier, a person who can harness the power of meaningful objects to carry her through time. Sifting through the detritus of a fallen city known as the Brook, she discovers a talisman that will mysteriously connect her with a series of characters from the past two centuries: a French sculptor; a woman of the American underworld; a dictator's daughter; an accused murderer; and a squad of laborers at work on a national monument. Through intricately braided storylines, Laisvė must dodge enforcement raids and find her way to the present day, and then, finally, to the early days of her imperfect country, to forge a connection that might save their lives--and their shared dream of freedom.

A dazzling novel of body, spirit, and survival, Thrust will leave no reader unchanged.
Read More
Praise for Thrust:

“[The] most mind-blowing book about America I’ve ever inhaled. . . . I read Thrust in a state of flustered fascination and finished longing to dream it again.” —Ron Charles, Washington Post

“There’s so much that feels deeply present about Yuknavitch’s latest novel: the ever-expanding police state, lower Manhattan under water, and a woman on a mission to rescue other vulnerable women. Yuknavitch’s words are incantations, and Thrust is a triumph.” —Elle

“Yuknavitch breaks down barriers of time and space, of history and language, in a visceral critique of America’s founding ideals and its present failures.” —The New Yorker

“Thrust is the culmination of everything she has been writing toward, a blistering excoriation of power structures that also honors the resilience of those who fight back. . . . It’s a book that uses history and America as a jumping-off point to dissolve borders and boundaries.” —Michele Filgate, Los Angeles Times

“A fascinating, unsettling ride.”  —The Guardian

“[This] powerful, braided fable unites workers of the world across time and space and class to start conceiving of a better world. . . . Yuknavitch is firmly in control.” —Los Angeles Times

“The utterly gripping story of a drowned world . . . I read with wonder, sometimes also with tears, and always with hope for our own hurting world. I feel fierce admiration for what Yuknavitch has achieved in this amazing book.” —Barbara J. King, author of How Animals Grieve

“Complex, enthralling . . . page-turning . . An epic story of dystopia and hope, and ultimately about the power of storytelling.” —Sarah Neilson, Shondaland

“An epic fable [that] operates more like a poem.” —Kate Dwyer, The New York Times

“Cinematic and inviting . . . it could be the best thing you read this year.”  —Philadelphia Inquirer

“A dazzling new novel that marks another imaginative feat in a career with no shortage of them. A lyrical and dexterous critique of a future America ravaged by climate change and surveillance, Thrust is both of the moment and utterly timeless.” —Chicago Review of Books

“Prescient, elegiac, and epic. . . . This book is a mighty lament for what we are losing; it’s also a proposition about what we might become, how we might learn to listen differently, and how water rearranges things, including history.”  —The Irish Times

“This weirdly wonderful [novel] on the surveillance state, climate change, and what it means to have agency as a woman in the world will throw your mind for a loop in the best way.” —Good Housekeeping

“A stunningly beautiful novel about the power of storytelling to make sense of the world we are living in and the one we might just be barreling toward.” —The Daily Beast

“Chronicles violences big and small that have shaped the course of humanity [and] offers hope in the idea that stories, ever-changing, have the power to carry Laisvė—and others—somewhere new.” —Electric Literature

“Blistering and visionary . . . This is the author’s best yet.” —Publishers Weekly (starred review)

“Thrust is kinky, queer, and razor sharp . . . a stunning novel about the future we might be able to create if we listen to voices we’ve previously ignored . . . and about being willing to start again.” —Booklist (starred review)

“Yuknavitch is interested in the way the bodies of immigrants, refugees, and marginalized people have been the fodder used to keep the American project going—and her humane love for those same bodies shines. . . . Complex, ambitious, and unafraid to earnestly love—and critique—America and its most dearly held principles.” —Kirkus Reviews

“Thrust is alarmingly trenchant—and a hell of a wild ride. Daring, dazzling, and earth-splitting, this is a book to take in wide-eyed.”  —Rebecca Makkai, author of The Great Believers 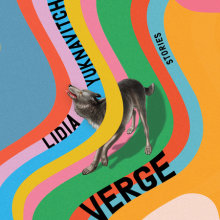 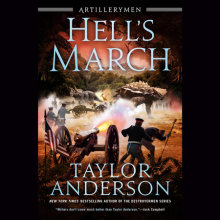 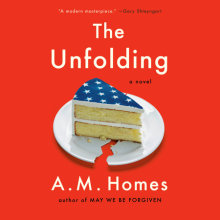