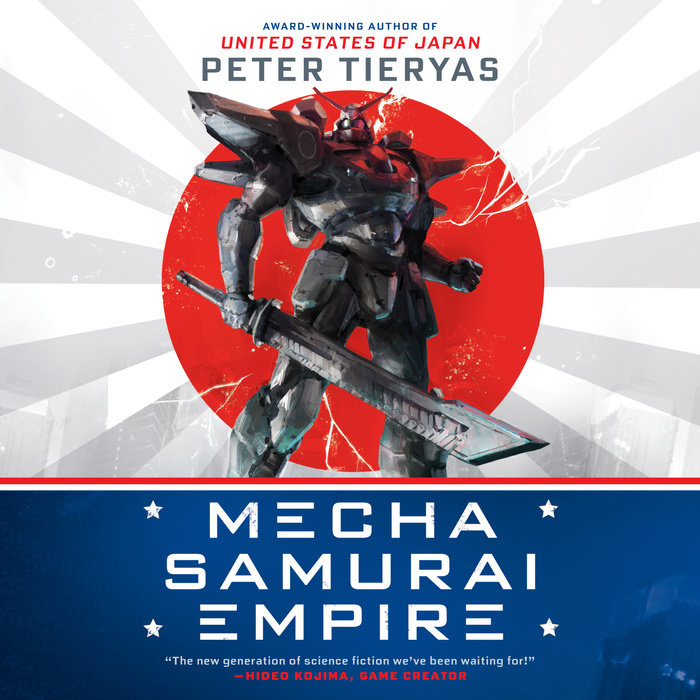 Written by: Peter Tieryas
Read by: Joel de la Fuente
13 Hours and 15 Minutes Imprint: Penguin Audio Genre: Fiction - Science Fiction - Action & Adventure Release Date: September 18, 2018
The Man in the High Castle meets Pacific Rim in this action-packed alternate history novel from the award-winning author of United States of Japan. Germany and Japan won WWII and control the U.S., and a young man has one dream: to become a mecha pilot.

Makoto Fujimoto grew up in California, but with a difference--his California is part of the United States of Japan. After Germany and Japan won WWII, the United States fell under their control. Growing up in this world, Mac plays portical games, haphazardly studies for the Imperial Exam, and dreams of becoming a mecha pilot. Only problem: Mac's grades are terrible. His only hope is to pass the military exam and get into the prestigious mecha pilot training program at Berkeley Military Academy.

When his friend Hideki's plan to game the test goes horribly wrong, Mac washes out of the military exam too. Perhaps he can achieve his dream by becoming a civilian pilot. But with tensions rising between the United States of Japan and Nazi Germany and rumors of collaborators and traitors abounding, Mac will have to stay alive long enough first...
Read More
Praise for Mecha Samurai Empire

“Intermixing the experience of cinema, literature, anime, comics, and gaming, this is the new generation of Science Fiction we've been waiting for!”—Hideo Kojima, Game Creator

“The characters are truly compelling and the world Tieryas created is a joy to discover. And if you come for the giant robots, Mecha Samurai Empire has all kinds and the best robot combat you’ll ever read. Seriously, this is a whole new kind of badass.”—Sylvain Neuvel, author of Sleeping Giants

“Fascinating and entertaining....I caught myself thinking about the book long after I read it.”—Taylor Anderson, New York Times bestselling author of the Destroyermen series

“A spectacular and thought-provoking rollercoaster ride.”—August Cole, Co-Author of Ghost Fleet: A Novel of the Next World War

“Extremely fun, intriguing, thrilling, and well written; Mecha Samurai Empire is a one of a kind story that will entice the imagination of any and all who read it.”—Geek Nerd Net

“Readers will find themselves caught up in Tieryas' thought-provoking world.”—Booklist 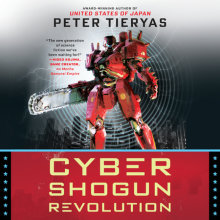 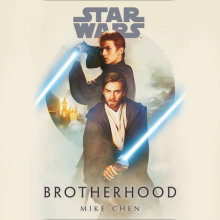