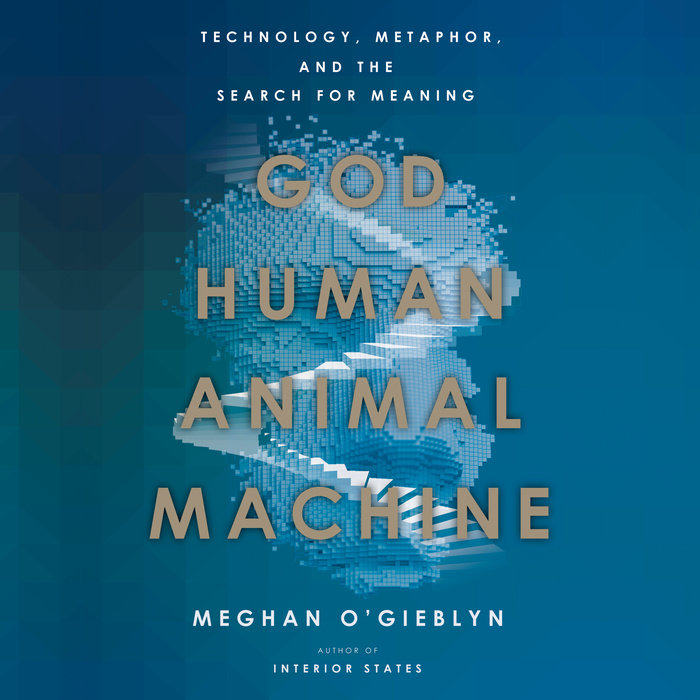 Written by: Meghan O'Gieblyn
Read by: Rebecca Lowman
9 Hours and 20 Minutes Imprint: Random House Audio Genre: Biography & Autobiography - Personal Memoirs Release Date: August 24, 2021
A strikingly original exploration of what it might mean to be authentically human in the age of artificial intelligence, from the author of the critically-acclaimed Interior States.

"Meghan O’Gieblyn is a brilliant and humble philosopher, and her book is an explosively thought-provoking, candidly personal ride I wished never to end ... This book is such an original synthesis of ideas and disclosures. It introduces what will soon be called the O’Gieblyn genre of essay writing.” —Heidi Julavits, author of The Folded Clock

For most of human history the world was a magical and enchanted place ruled by forces beyond our understanding. The rise of science and Descartes's division of mind from world made materialism our ruling paradigm, in the process asking whether our own consciousness—i.e., souls—might be illusions. Now the inexorable rise of technology, with artificial intelligences that surpass our comprehension and control, and the spread of digital metaphors for self-understanding, the core questions of existence—identity, knowledge, the very nature and purpose of life itself—urgently require rethinking.

Meghan O'Gieblyn tackles this challenge with philosophical rigor, intellectual reach, essayistic verve, refreshing originality, and an ironic sense of contradiction. She draws deeply and sometimes humorously from her own personal experience as a formerly religious believer still haunted by questions of faith, and she serves as the best possible guide to navigating the territory we are all entering.
Read More
“O’Gieblyn’s loosely linked and rigorously thoughtful meditations on technology, humanity and religion mount a convincing and occasionally moving apologia for that ineliminable wrench in the system, the element that not only browses and buys but feels: the embattled, anachronistic and indispensable self. God, Human, Animal, Machine is a hybrid beast, a remarkably erudite work of history, criticism and philosophy, but it is also, crucially, a memoir.” --The New York Times

“Meghan O’Gieblyn’s essays are 'personal' in that they are portraits of the private thoughts, curiosities, and uncertainties that thrive in O’Gieblyn’s mind about selfhood, meaning, moral responsibility, and faith. There's nowhere her avid intellect won't go in its quest to find, if not 'meaning,' then the available modern tools we might use, today, as humans, to create it. O’Gieblyn is a brilliant and humble philosopher, and her book is an explosively thought-provoking, candidly personal ride I wished never to end. This book is such an original synthesis of ideas and disclosures. It introduces what will soon be called the O’Gieblyn genre of essay writing.” --Heidi Julavits, author of The Folded Clock

"A fascinating exploration of our enchantment with technology." --Eula Biss, author of Having and Being Had

“Having abandoned Christian fundamentalism, the author of this investigation of human-machine interactions embarks on a search for meaning…She finds that consciousness ‘was not some substance in the brain but rather emerged from the complex relationships between the subject and the world.’” --The New Yorker

"A deeply researched work of history, criticism and philosophy, God Human Animal Machine...show[s] that religion isn’t a subject matter you can simply move on from, nor does O’Gieblyn expect to outgrow her former vantage point as a believer. Instead, [the book] probes the uneasy coexistence between what’s enchanted and what’s disenchanted.” --The Point

“[O’Gieblyn] is a whip-smart stylist who’s up to the task of writing about this material journalistically and personally; her considerations encompass string theory, Calvinism, 'transhuman' futurists like Ray Kurzweil, and The Brothers Karamazov…A melancholy, well-researched tour of faith and tech and the dissatisfactions of both.” --Kirkus Reviews

"One of the strongest essayists to emerge recently on the scene has written a strong and subtle rumination of what it means to be human. At times personal, at times philosophical, with a bracing mixture of openness and skepticism, it speaks thoughtfully and articulately to the most crucial issues awaiting our future." --Phillip Lopate

"A captivating portrait of how digital technology has fundamentally transformed both intellectual and religious thinking.” --Los Angeles Review of Books

“O’Gieblyn has a knack for keeping dense philosophical ideas accessible, and there’s plenty to ponder in her answers to enduring questions about how humans make meaning...Razor-sharp, this timely investigation piques.” --Publisher's Weekly 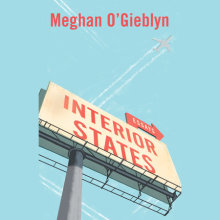