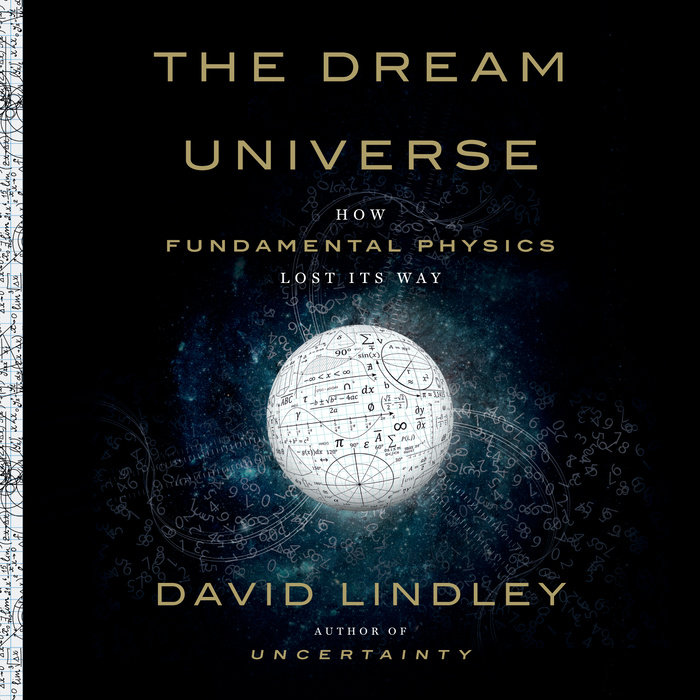 In the early seventeenth century Galileo broke free from the hold of ancient Platonic and Aristotelian philosophy. He drastically changed the framework through which we view the natural world when he asserted that we should base our theory of reality on what we can observe rather than pure thought. In the process, he invented what we would come to call science. This set the stage for all the breakthroughs that followed--from Kepler to Newton to Einstein. But in the early twentieth century when quantum physics, with its deeply complex mathematics, entered into the picture, something began to change. Many physicists began looking to the equations first and physical reality second. As we investigate realms further and further from what we can see and what we can test, we must look to elegant, aesthetically pleasing equations to develop our conception of what reality is. As a result, much of theoretical physics today is something more akin to the philosophy of Plato than the science to which the physicists are heirs. In The Dream Universe, Lindley asks what is science when it becomes completely untethered from measurable phenomena?
Read More
“A striking examination of an important scientific question: ‘What, exactly, are scholars of fundamental physics today trying to achieve?’ . . . A delightful addition to a widespread, ongoing scientific debate.”
—Kirkus (starred review)

“[An] eye-opening treatise . . . Lindley’s probing work raises important questions about what science should be, and how it should be approached.”
—Publishers Weekly

“A thoughtful, captivating analysis of the history of physics. Lindley makes the fascinating point that present-day fundamental physics has become more akin to Platonic philosophy than to Galileo’s, Newton’s, and Faraday’s notion of laws deduced from experiments and observations. A wonderful read.”
—Mario Livio, New York Times best-selling author of Brilliant Blunders and the forthcoming Galileo and the Science Deniers

“David Lindley's The Dream Universe is a wonderfully clear story of the science of physics and the way it explains the world around us, from the everyday to the far-flung grandeur of the cosmos. But it is also a deeply thoughtful exploration of the very human processes that can limit such understanding. The result is provocative, compelling—and timely.”
—Deborah Blum, author of The Poison Squad: One Chemist's Single-Minded Crusade for Food Safety at the Turn of the Twentieth Century

“The Dream Universe explains clearly the current predicament of fundamental physics, putting it into long-term historical context. Its call for practitioners to come to grips with the question of how to advance the subject in a changed environment is an important one that deserves close attention.”
—Peter Woit, Senior Lecturer of Mathematics Columbia University and author of Not Even Wrong: The Failure of String Theory and the Search for Unity in Physical Law

“David Lindley’s The Dream Universe is one of those Big Idea books that achieve the kind of irresistible, tightrope balance between pithy and profound, between considerable charm and disarming simplicity, that can arise only from a mastery of a subject—in this case nothing less than the history of how we think about the cosmos, from Babylonian astrology to the quantum revolution and, now, back again: a fight, Lindley argues, for the soul of science.”
—Richard Panek, author of The Trouble with Gravity: Solving the Mystery Beneath Our Feet
Read More