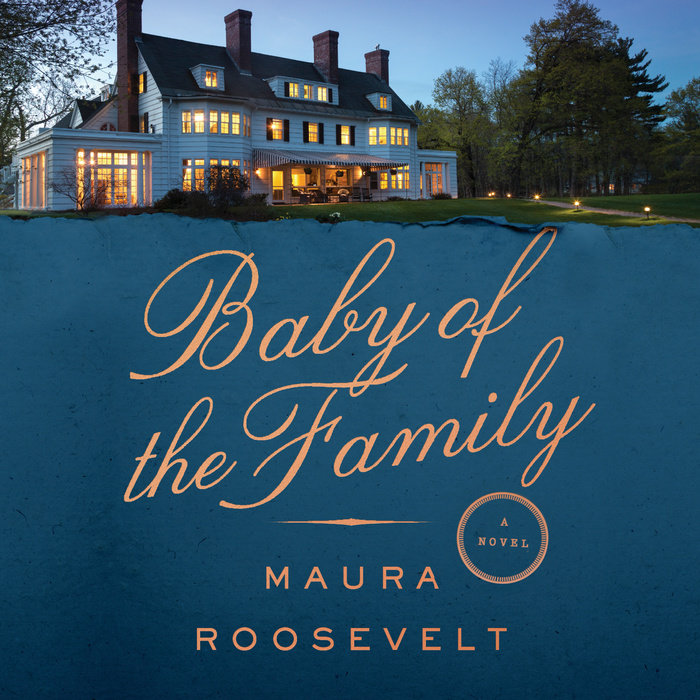 A wry and addictive debut about a modern-day American dynasty and its unexpected upheaval when the patriarch wills his dwindling fortune to his youngest, adopted son—setting off a chain of events that unearths secrets and tests long-held definitions of love and family.

The money is old, the problems are new.

Meet the Whitbys: an American dynasty once inundated with ungodly real estate wealth and now facing a new millennium of unfamiliar obstacles.

There was a time when the death of a Whitby would have made national news, but when the family patriarch, Roger, dies, he is alone. Word of his death travels from the long-suffering family lawyer to Roger’s clan of children (from four different marriages), and the outlook isn’t good. Roger has left everything to his twenty-one-year-old son Nick, a Whitby only in name—and Nick is nowhere to be found.

Brooke, an older daughter who is both overwhelmingly nostalgic and unexpectedly pregnant, leads the search for Nick, hoping to convince him to let her keep her Boston home. Shelley, the only child from the third marriage, hasn’t told anyone that she’s dropped out of college just months before graduation and is currently working as an amanuensis for a blind architect, with whom she crosses complicated boundaries. And when Nick, on the run from the law after a misguided act of political activism, finally appears at Shelley’s New York home, worlds collide and explode in spectacular fashion. Soon, the three siblings are faced with the question they have been running from their whole lives: What do they want their future to look like, if they can finally escape their past?

Weaving together multiple perspectives to create a portrait of the American dream gone awry, Baby of the Family is a vivid, absorbing debut about family secrets and how they define us, bind us together, and threaten to blow us apart.
Read More
Praise for Baby of the Family

“Roosevelt's debut reveals a sure hand, an eye for detail, and a keen sense of the absurd, and her affection for Brooke, Shelley, and Nick shines through as they fumble their way toward wisdom.”—Booklist (starred review)

“Baby of the Family is a masterpiece, and gripping, and Maura Roosevelt is the realest of deals. You'll love how big it is, and how thrilling.”—Darin Strauss, NBCC-winning author of Half a Life

“I can't believe Maura Roosevelt's big-hearted, deliciously readable novel Baby of the Family is a debut. This is a wise and soaring book about family secrets and the price of privilege, by a writer with profound insight, immense talent, and a brilliant future.”—Julie Buntin, author of Marlena

“A poetic and clever saga about a modern day American dynasty, full of intrigue and drama without ever losing its heart. This book is for anyone who loves to read about complicated families—or has one of their own.”—Kathy Wang, author of Family Trust

“Baby of the Family is one of the most absorbing and stirring novels I’ve read in years. In this nuanced and deeply moving story, Maura Roosevelt uses her considerable gifts as a writer to explore the complexities of privilege, family, and the American Dream. It’s a beautiful book full of surprises, insight, and real heart.”—Bret Anthony Johnston
Read More