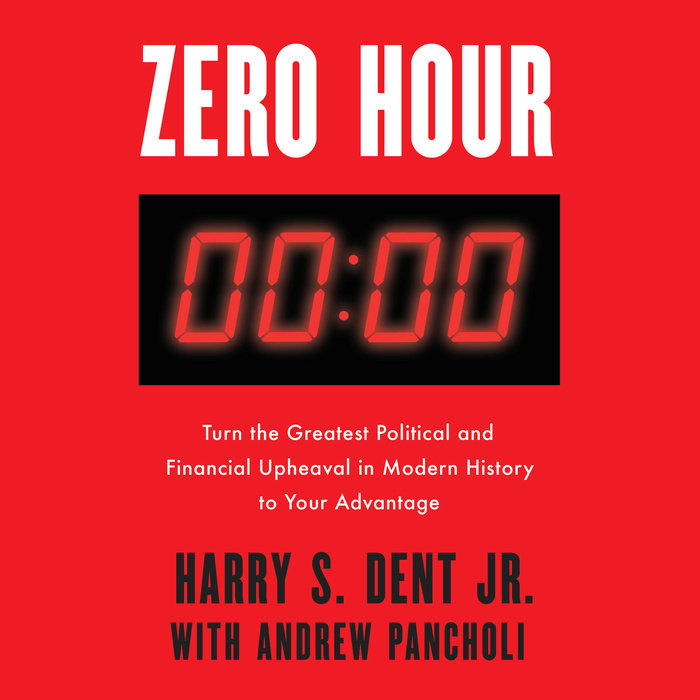 Harry S. Dent Jr., bestselling author of The Demographic Cliff and The Sale of a Lifetime, predicted the populist wave that has driven the Brexit vote, the election of Donald Trump, and other recent shocks around the world. Now he returns with the definitive guide to protect your investments and prosper in the age of the anti-globalist backlash.

The turn of the 2020s will mark an extremely rare convergence of low points for multiple political, economic, and demographic cycles. The result will be a major financial crash and global upheaval that will dwarf the Great Recession of the 2000s—and maybe even the Great Depression of the 1930s. We’re facing the onset of what Dent calls “Economic Winter.”

In Zero Hour, he and Andrew Pancholi (author of The Market Timing Report newsletter) explain all of these cycles, which influence everything from currency valuations to election returns, from economic growth rates in Asia to birthrates in Europe. You’ll learn, for instance:

• Why the most-hyped technologies of recent years (self-driving cars, artificial intelligence, virtual reality, blockchain) won’t pay off until the 2030s.
• Why China may be the biggest bubble in the global economy (and you’d be a fool to invest there).
• Why you should invest in the healthcare and pharmaceutical industries, and pull out of real estate and automotive.
• Why putting your faith in gold is a bad idea.

Fortunately, Zero Hour includes a range of practical strategies to help you turn the upheaval ahead to your advantage, so your family can be prepared and protected.

Includes a PDF of Charts, Graphs, and Figures
Read More
“Harry S. Dent, Jr. is known for his investment-related vision and innovation. He saw the collapse of Japan in 1989 just before it happened and now he sees another major financial and political crisis ahead in the United States. In this book, Harry outlines the great political and financial revolution that is just beginning and traces it back to the birth of democracy. I’m running for governor of Connecticut and plan to be a part of this revolution by showing how to turn around the Constitution State so it can be a model for other states and the U.S. government to follow.”
—David Walker, former U.S. comptroller general

“Harry S. Dent, Jr.is making a credible argument for why this current cycle could turn into a modern day civil war and split the red and blue states—and he sees a similar revolution in many places around the world. Put on your seatbelts! Don’t miss this very factual and controversial book.”
—David A. Stockman, author of The Great Deformation

“Harry S. Dent, Jr. and I have, in our respective research, been warning about the unprecedented and unsustainable global and U.S. debt build up for over a decade now. We both agree that a ‘great reset’ is inevitable at this point, and will destroy much of our financial assets, banks, and businesses. But Harry adds a deeper political revolution from his and Andy Pancholi’s impressive cycle work, which has clearly already begun. A must-read book!”
—John Mauldin, author of Code Red

“Harry S. Dent, Jr. makes a very compelling argument that technology and globalization have progressed so much that they have put sectors of society at each other’s throats. It is an important insight that globalization could retreat for decades to come. As always, Harry brings fresh new insights and clarity to a seemingly unpredictable and complex economy. This is a must-read book if you want to navigate the greatest political divide since the Civil War.”
—George Gilder, author of Knowledge and Power and Life After Google

“The title Zero Hour is woefully inadequate to capture the broad array of historical, economic, psychological, political, social, diplomatic, military, technological, demographic, and global trends covered in this book. Whether you are an investor or interested observer, you will want to read how Dent and Pancholi challenge many well-known views, including my own, on interest rates. Regardless of whether you agree or not, you will benefit from reading their new book, evaluating their arguments, and learning their perspective on a great many issues vital to our economic future.”
—Lacy Hunt, PhD, economist, Hoisington Investment Management
Read More 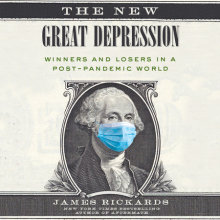 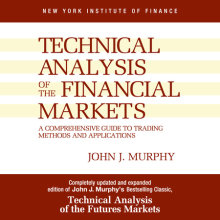