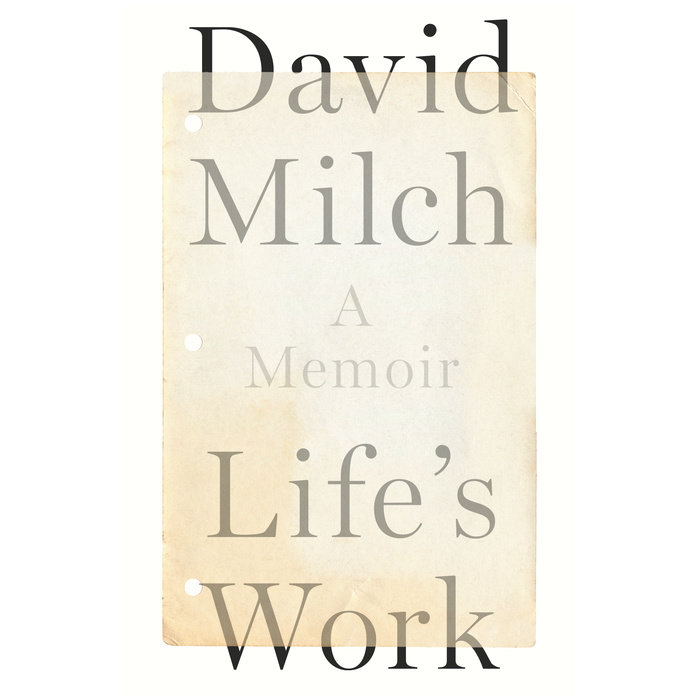 Written by: David Milch
Read by: Michael Harney & David Milch
9 Hours and 32 Minutes Imprint: Random House Audio Genre: Biography & Autobiography - Personal Memoirs Release Date: September 13, 2022
The creator of Deadwood and NYPD Blue reflects on his tumultuous life, driven by a nearly insatiable creative energy and a matching penchant for self-destruction. Life’s Work is a profound memoir from a brilliant mind taking stock as Alzheimer’s loosens his hold on his own past.

“This is David Milch’s farewell, and it will rock you.”—Susan Orlean, author of The Orchid Thief

ONE OF THE BEST BOOKS OF THE YEAR: NPR, Kirkus Reviews

“I’m on a boat sailing to some island where I don’t know anybody. A boat someone is operating and we aren’t in touch.” So begins David Milch’s urgent accounting of his increasingly strange present and often painful past. From the start, Milch’s life seems destined to echo that of his father, a successful if drug-addicted surgeon. Almost every achievement is accompanied by an act of self-immolation, but the deepest sadnesses also contain moments of grace.

Betting on racehorses and stealing booze at eight years old, mentored by Robert Penn Warren and excoriated by Richard Yates at twenty-one, Milch never did anything by half. He got into Yale Law School only to be expelled for shooting out streetlights with a shotgun. He paused his studies at the Iowa Writers’ Workshop to manufacture acid in Cuernavaca. He created and wrote some of the most lauded television series of all time, made a family, and pursued sobriety, then lost his fortune betting horses just as his father had taught him.

Like Milch’s best screenwriting, Life’s Work explores how chance encounters, self-deception, and luck shape the people we become, and wrestles with what it means to have felt and caused pain, even and especially with those we love, and how you keep living. It is both a master class on Milch’s unique creative process, and a distinctive, revelatory memoir from one of the great American writers, in what may be his final dispatch to us all.
Read More
“Life’s Work is one of the best books about television I’ve read. It’s funny, discursive, literate, druggy, self-absorbed, fidgety, replete with intense perceptions. . . . You finish feeling you’ve really met someone. Milch was his own best creation.”—The New York Times

“David Milch’s memoir is a heartrending cry from the horizon line of consciousness, a hilarious yarn of the truth-telling variety, and a brutal case history of addiction and self-destruction, written in the most gorgeously humane voice I’ve encountered in a work of nonfiction in a long while. I can think of few recent books that have pulsed with life this transparently, this powerfully.”—Rick Moody, author of The Ice Storm

“Like the best memoirs, Life’s Work is intimate, exquisitely observed, and intense. But unlike most—and what sets it apart—is the heartbreak it embodies, the finality it signals. This is David Milch’s farewell, and it will rock you.”—Susan Orlean, author of The Orchid Thief

“A wise, sly, hilarious, and poignant account of a life’s work in hard drugs and hard television.”—Joshua Cohen, Pulitzer Prize–winning author of The Netanyahus