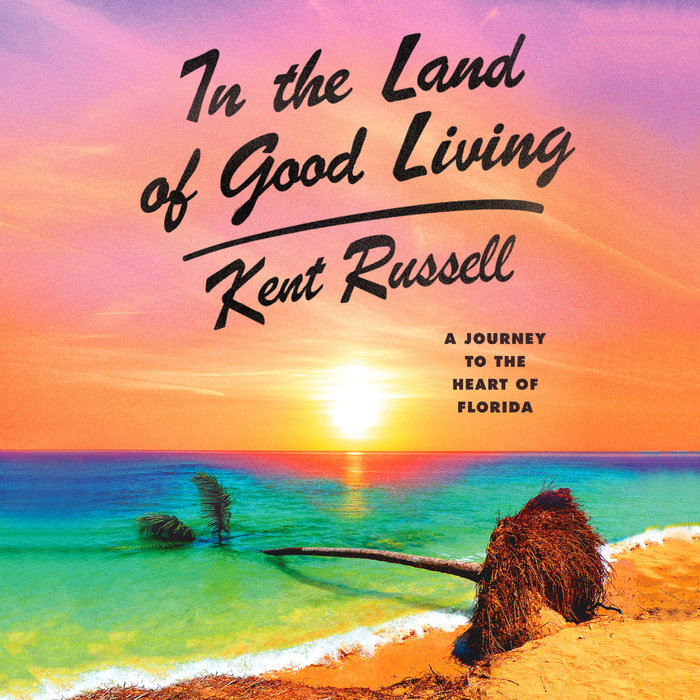 In the summer of 2016, Kent Russell--broke, at loose ends, hungry for adventure--set off to walk across Florida. Mythic, superficial, soaked in contradictions, maligned by cultural elites, segregated from the South, and literally vanishing into the sea, Florida (or, as he calls it: "America Concentrate") seemed to Russell to embody America's divided soul. The journey, with two friends intent on filming the ensuing mayhem, quickly reduces the trio to filthy drifters pushing a shopping cart of camera equipment. They get waylaid by a concerned citizen bearing a rifle; buy cocaine from an ex-wrestler; visit a spiritual medium. The narrative overflows with historical detail about how modern Florida came into being after World War II, and how it came to be a petri dish for life in a suddenly, increasingly diverse new land of minority-majority cities and of unrivaled ethnic and religious variety. Russell has taken it all in with his incomparably focused lens and delivered a book that is both an inspired travelogue and a profound rumination on the nation's soul--and his own. It is a book that is wildly vivid, encyclopedic, erudite, and ferociously irreverent--a deeply ambivalent love letter to his sprawling, brazenly varied home state.
Read More
"Sharp... Brilliant... I’ve never read an account of our gorgeous and messed-up state that is a more appropriate match of form and function... The spirit of Don Quixote presides over this buddy-trip plotline... this feels like both the real and the true story of Florida."
--Lauren Groff, The Atlantic

"A riotous account of an odyssey through the land of “Florida Man,” appropriately populated with drug dealers, gun nuts and gators. Their adventures are punctuated with hilarious snippets of conversation between the three friends as they trudge down the road pushing a shopping cart of camera equipment."
--Atlanta Journal Constitution

"Energetic and insightful... If Hunter Thompson and Joan Didion had produced a literary offspring, a young man whose older brother was Bill Bryson, his writing might sound something like Kent Russell's."
--Shelf Awareness

"Breathtaking... Fascinating... Russell is not just a native but a student of Florida history. At each stop, along with their encounters with contemporary Floridians, he fills in details about everything from oystering in Apalachicola Bay (and why you’re unlikely to get a real Apalachicola oyster anyplace else), to the shady origin story of Disney World and its astonishing impact on the state’s economy."
--Tampa Bay Times

"Far more than a travelogue, it highlights the people, past and present, and things for which the state is well known. You will learn trivia galore. Russell’s language often reminds this reader of the best of Bill Bryson, scrambled. Witty language shines throughout; it’s a great book with an unusual style of writing for people who love this state, love fishing and love adventure stories.
For those who are somewhat baffled by the mystique that is called Florida will find this an amusing read. Not a lot of alligators were harmed in the writing of this book."
--The Florida Times Union

"Epic... A humorous, heartfelt tribute to the underbelly of Florida and its people. Recommended for fans of travel literature or the unusual survival story.
--Library Journal [starred review]

"A picaresque, amiable ramble through arguably the weirdest state in the country... Fans of Harry Crews and Carl Hiaasen will enjoy Russell’s entertaining yarn."
--Kirkus Reviews

"At once insightful and entertaining, Russell’s observations reinforce Florida’s mystique... Russell mixes historical insight with heavily ironic state mottos (“Florida: No judge but one’s own”) and a dash of empathy."
--Publishers Weekly

“Whether hauling shrimp, being greeted at gunpoint, or interviewing Jesus in an off-white robe at Epcot Center, Russell writes of his home state with the affectionate exasperation of kinship. His rollicking style is interspersed with screenplay-like scenes that capture the punchy back-and-forth between the three men, their trip as changeable and open to reinvention as the great state they set out to capture.”
--Booklist