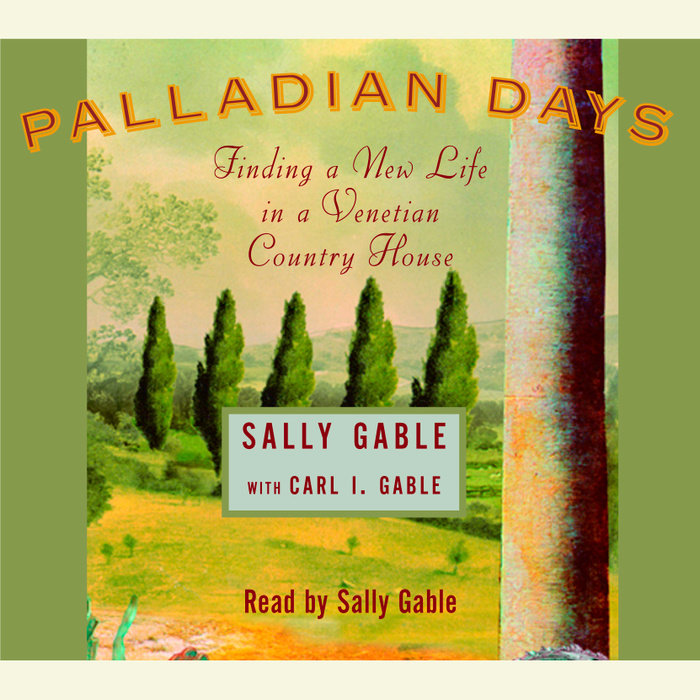 “Palladian Days is nothing short of wonderful–part adventure, mystery, history, diary, and even cookbook. The Gables’ lively account captures the excitement of their acquisition and restoration of one of the greatest houses in Italy. Beguiled by Palladio and the town of Piombino Dese, they trace the history of the Villa Cornaro and their absorption of Italian life. Bravo!” –Susan R. Stein, Gilder Curator and Vice President of Museum Programs, MonticelloIn 1552, in the countryside outside Venice, the great Renaissance architect Andrea Palladio built Villa Cornaro. In 1989, Sally and Carl Gable became its bemused new owners. Called by Town & Country one of the ten most influential buildings in the world, the villa is the centerpiece of the Gables’ enchanting journey into the life of a place that transformed their own. From the villa’s history and its architectural pleasures, to the lives of its former inhabitants, to the charms of the little town that surrounds it, this loving account brings generosity, humor, and a sense of discovery to the story of small-town Italy and its larger national history.
Read More
• ?;"Palladian Days lifts the notion of buying a summer house to dizzying and delightful new heights. Sally and Carl Gable's fascinating account reads like a fast-paced, marvelously satisfying adventure story." --John Berendt, author of Midnight in the Garden of Good and Evil

"Sally Gable’s sincerity and humor never fail her as she tells of her quest to understand Italian life and history, and to restore Palladio’s villa to its full splendor.”
–Kim Williams, author of The Villas of Palladio

“Sally Gable lights up her story of acquiring a house in Italy with boldness and humor.  "House" hardly does justice to the structure, which is a villa by Palladio in the Veneto and one of Italy's prize pieces of its patrimony.  The Gables lavish upon it the attention and love it deserves, turning it into a home. At every turn, they ask "What would Palladio think?"  I'm sure he would be thrilled.”
–Frances Mayes, author of Under the Tuscan Sun
Read More