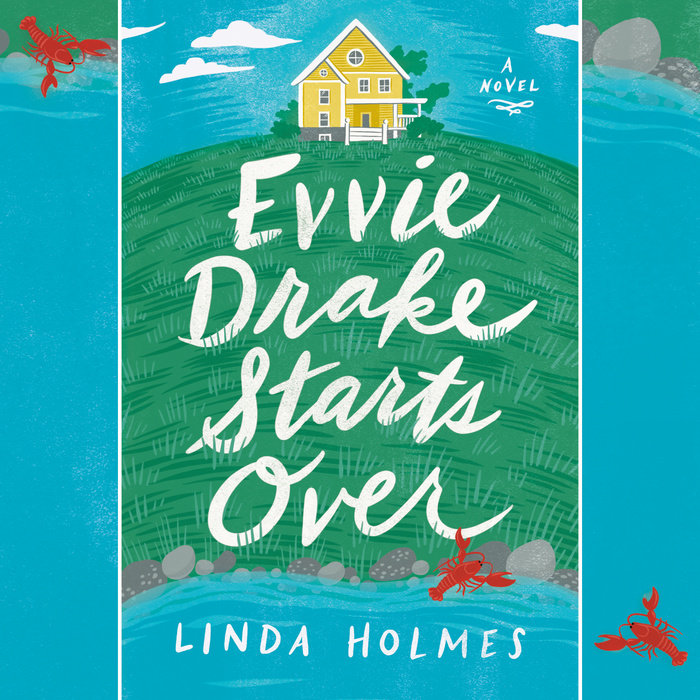 A heartfelt debut about the unlikely relationship between a young woman who’s lost her husband and a major league pitcher who’s lost his game.

In a sleepy seaside town in Maine, recently widowed Eveleth “Evvie” Drake rarely leaves her large, painfully empty house nearly a year after her husband’s death in a car crash. Everyone in town, even her best friend, Andy, thinks grief keeps her locked inside, and Evvie doesn’t correct them.

Meanwhile, in New York City, Dean Tenney, former Major League pitcher and Andy’s childhood best friend, is wrestling with what miserable athletes living out their worst nightmares call the “yips”: he can’t throw straight anymore, and, even worse, he can’t figure out why. As the media storm heats up, an invitation from Andy to stay in Maine seems like the perfect chance to hit the reset button on Dean’s future.

When he moves into an apartment at the back of Evvie’s house, the two make a deal: Dean won’t ask about Evvie’s late husband, and Evvie won’t ask about Dean’s baseball career. Rules, though, have a funny way of being broken—and what starts as an unexpected friendship soon turns into something more. To move forward, Evvie and Dean will have to reckon with their pasts—the friendships they’ve damaged, the secrets they’ve kept—but in life, as in baseball, there’s always a chance—up until the last out.

A joyful, hilarious, and hope-filled debut, Evvie Drake Starts Over will have you cheering for the two most unlikely comebacks of the year—and will leave you wanting more from Linda Holmes.

Praise for Evvie Drake Starts Over

“A quirky, sweet, and splendid story of a woman coming into her own.”—Taylor Jenkins Reid, New York Times bestselling author of Daisy Jones & The Six

“Effortlessly enjoyable . . . [a] pitch-perfect . . . adult love story that is as romantic as it is real.”–USA Today

“The charm of Holmes’ novel comes not only from a genuine friendship between Evvie and Dean that develops into a sweet romance but also from watching amiable Evvie stumble through the process of finding herself in a realistic way. A warm and funny book that will utterly captivate fans of Abbi Waxman and Taylor Jenkins Reid.”—Booklist (starred review)

“A smart romantic comedy . . . Evvie Drake Starts Over, ripe with amusing wit and charm, skillfully explores regret and longing, friendship, love and forgiveness and the challenges posed by reinvention. Strong characterizations and short, well-plotted scenes are filled with clever banter. . . . Readers will cheer for this richly drawn cast.”—Shelf Awareness

“Holmes’s debut charms, as a young widow and a former Major League pitcher learn to begin again. . . . At times deeply emotional yet sometimes extremely humorous, this is a satisfying crowd-pleaser.”—Publishers Weekly

“If you love well-written characters, quirky towns, and charming, hopeful love stories, this is the perfect book for your next summer read.”—BookReporter

“Witty, fun, and utterly relatable debut novel from a very talented new author. Highly recommended if you're looking for a smart love story!”—Emily Giffin, New York Times bestselling author of All We Ever Wanted

“I was utterly charmed—this book shows us that just because you’re broken doesn’t mean you can’t be put back together again. You’ll want to stay cozied up with these delightful, unique, and incredibly human characters long after you turn the last page.”—Doree Shafrir, author of Startup: A Novel and co-host of the Forever35 podcast

“A sweet and sincere grown-up love story . . . Fans of grounded romance will fall hard for Evvie Drake and Dean Tenney, two broken people who help each other mend. . . . Refreshing and real, with a huge heart. I loved it.”—Georgia Clark, author of The Regulars and The Bucket List

“Evvie Drake Starts Over is a warm, witty, and wonderful romance about the art of creating second chances—or a whole second act. Linda Holmes’s moving, smartly written debut is so engaging, you’ll be tempted to wish Evvie could start over yet again, just for a sequel.”—Heather Cocks and Jessica Morgan, bestselling authors of The Royal We
Read More

Summer Lovin’: Get Ready to Crush on These Audiobook Rom-ComsJune Debuts: A Plethora of Listens for All AgesCheers to Your Ears: Match Your Fave Brew to Your Next ListenSee More 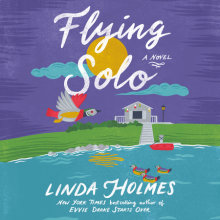