home
x
Subscribe
- Random House Audio -
Written By: Hope Jahren
Read By: Hope Jahren
17.50
Unabridged Download
-9780593170670 -
*Manufacturerâ€™s Suggested Retail Price. See retailer for details.
The Story of More
How We Got to Climate Change and Where to Go from Here 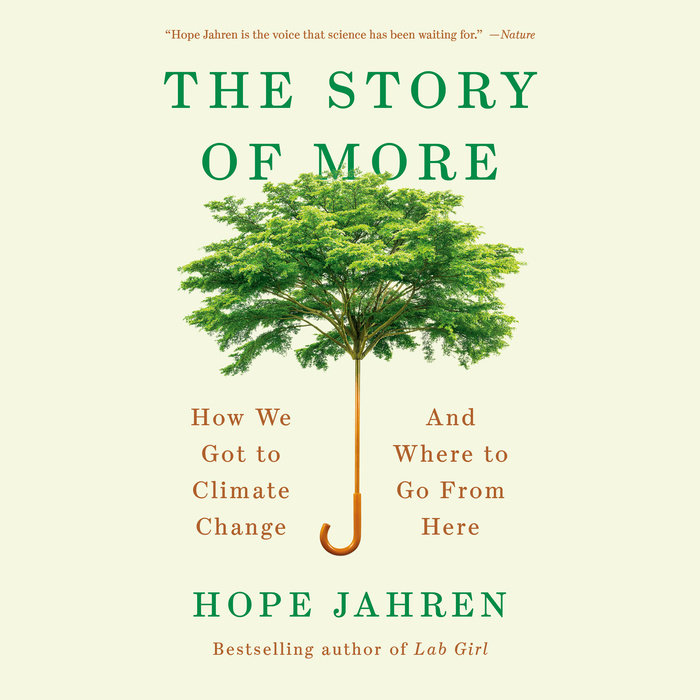 Written by: Hope Jahren
Read by: Hope Jahren
6 Hours and 43 Minutes Imprint: Random House Audio Genre: Science - Global Warming & Climate Change Release Date: March 03, 2020
The essential pocket primer on climate change that will leave an indelible impact on everyone who reads it. “Hope Jahren asks the central question of our time: how can we learn to live on a finite planet?" (Elizabeth Kolbert, author of The Sixth Extinction).

“Hope Jahren is the voice that science has been waiting for.” —Nature

Hope Jahren is an award-winning scientist, a brilliant writer, a passionate teacher, and one of the seven billion people with whom we share this earth. In The Story of More, she illuminates the link between human habits and our imperiled planet. In concise, highly readable chapters, she takes us through the science behind the key inventions—from electric power to large-scale farming to automobiles—that, even as they help us, release greenhouse gases into the atmosphere like never before. She explains the current and projected consequences of global warming—from superstorms to rising sea levels—and the actions that we all can take to fight back. At once an explainer on the mechanisms of global change and a lively, personal narrative given to us in Jahren’s inimitable voice, The Story of More is “a superb account of the deadly struggle between humanity and what may prove the only life-bearing planet within ten light years" (E. O. Wilson).
Read More
“[Hope Jahren] leads us on a journey across time and space, outlining thoughts and beliefs from Mesopotamia to her tiny Minnesota hometown. Along the way she discusses the impact of everything from population growth to Norwegian fishing to nuclear power. She takes this approach in order to present climate change as a result of broader dysfunctions having to do with consumption habits that, she says, don’t even make us happy.... It’s an argument that contrasts with the recent spate of climate books, which opt to pummel readers with facts and guilt. Jahren, who first came to prominence with the best-selling memoir “Lab Girl,” instead writes delicately, like the whispery scrape of a skate tracing a figure on the ice.”
—The New York Times Book ​Review

“If there’s one book all of us should read about the state of the environment, it’s this one.... [Jahren] pulls off the feat of presenting climate change without emotional baggage through accessibility and humor.”
—The Washington Independent Review of Books

“Hope Jahren asks the central question of our time: how can we learn to live on a finite planet? The Story of More is thoughtful, informative, and—above all—essential.”
—Elizabeth Kolbert, author of The Sixth Extinction

“A concise and personal yet universally applicable examination of a problem that affects everyone on planet Earth.... [Jahren] doesn’t use scare tactics or shrill warnings.... She clearly shows how the amount of waste created by the privileged could provide plenty for those less privileged.”
—Kirkus Reviews

“Hope Jahren is an awesome writer and scientist. Her new book, The Story of More, is captivating and compelling. She urges readers to be courageous dealing with global environmental changes and human population growth.”
—Dudley Herschbach, Nobel Prize-winning chemist

“The Story of More is a superb account of the deadly struggle between humanity and what may prove the only life-bearing planet within ten light years, written in a brilliantly sardonic and conversational style.”
—E. O. Wilson
Read More

On the Podcast: Jim McKelvey, Hope Jahren, and Courtney Carver 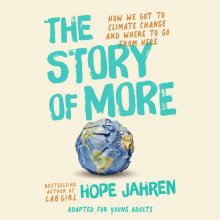 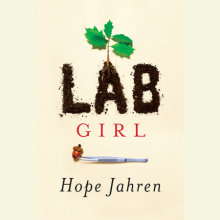