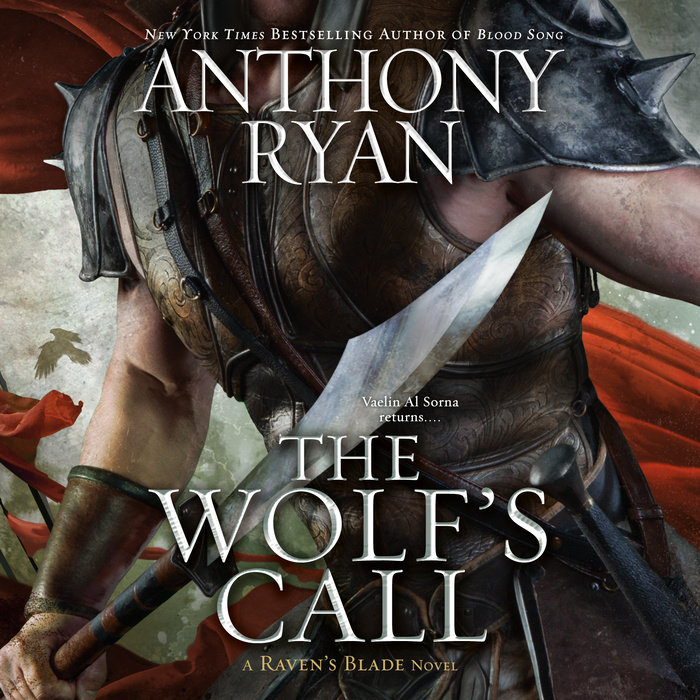 Anthony Ryan's debut novel Blood Song—the first book of the Raven's Shadow series—took the fantasy world by storm. Now, he continues that saga with The Wolf's Call, which begins a thrilling new story of razor-sharp action and epic adventure.

Vaelin Al Sorna is a living legend, his name known across the Realm. It was his leadership that overthrew empires, his blade that won hard-fought battles - and his sacrifice that defeated an evil more terrifying than anything the world had ever seen. He won titles aplenty, only to cast aside his earned glory for a quiet life in the Realm's northern reaches.

Yet whispers have come from across the sea - rumours of an army called the Steel Horde, led by a man who believes himself a god. Vaelin has no wish to fight another war, but when he learns that Sherin, the woman he lost long ago, has fallen into the Horde's grasp, he resolves to confront this powerful new threat.

To this end, Vaelin travels to the realms of the Merchant Kings, a land ruled by honor and intrigue. There, as the drums of war thunder across kingdoms riven by conflict, Vaelin learns a terrible truth: that there are some battles that even he may not be strong enough to win.
Read More
Praise for The Wolf's Call

“Though the book is characterized by breakneck pacing, deeply developed characters, and impressively intricate plotlines, it's Ryan's subtle focus on vivid worldbuilding (particularly on varied sensory descriptions) that makes this such an immersive read…Readers who enjoy their fantasy fast and furious will find Ryan's latest to be an immensely satisfying, top-notch adventure fantasy.” –Kirkus Reviews

“Features everything that we've come to love in Ryan's books…from well-crafted and fascinating characters to a masterfully established world…The Wolf's Call is everything a fantasy fan could ever wish for.”—Booknest.eu


Praise for the Raven's Shadow novels

"Fans of broadscale epic fantasy along the lines of Robert Jordan's Wheel of Time series and George R. R. Martin's Song of Ice and Fire novels should find this debut much to their liking."--Library Journal

"[Blood Song] certainly has it all: great coming-of-age tale, compelling character and a fast-paced plot. If [Ryan's] first book is any indication of things to come, then all fantasy readers should rejoice."--Michael J. Sullivan, author of the Riyria Revelations series

"A top contender for most impressive debut of the year...A thick, meaty novel of substance...A powerful epic."--SFFWorld.com