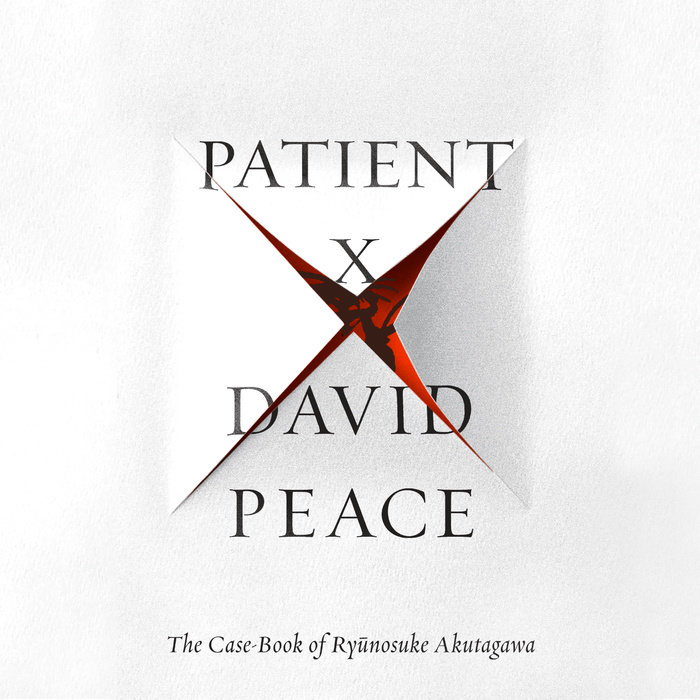 Haunting and evocative, brutal and surreal, these twelve connected tales evoke the life of the Japanese writer Ryūnosuke Akutagawa (1892-1927), whose short story "In the Grove" served as an inspiration for Akira Kurosawa's famous film Rashōmon, and whose narrative use of multiple perspectives and different versions of a single event influenced generations of storytellers. Writing out of his own obsession with Akutagawa, David Peace delves into the known facts and events of the writer's life and inner world--birth to a mother who was mentally ill and a father who died shortly thereafter; his own battles with mental illness; his complicated reaction to the beginnings of modernization and Westernization of Japan; his short but prolific writing career; his suicide at the age of thirty-five--and creates a stunningly atmospheric and deeply moving fiction that tells its own story of a singularly brilliant mind.
Read More
“Dazzling. . . . An uncanny act of ventriloquism, fusing Akutagawa’s jagged storytelling voice with Peace’s own pulsing narration.” —The New York Times Book Review

“A lyrical masterpiece that takes up Japan and the circumstances of life in the past, present and beyond. . . . Astounding.” —The Japan Times

“His best to date, to my mind.”  —David Mitchell, The Guardian

“Superlative: exacting, precise and filled with the suffocating sense of foreboding generated by the master’s own best stories. . . . Peace is not simply a masterfully controlled stylist but a magnificently atmospheric one, composing hypnotic collages.” —Financial Times

“One might say that what Peace does with words is impossible to adequately describe with words. . . . [He] has written a biography in fiction. He has assumed Ryūnosuke Akutagawa’s writing soul. . . . Yet, the possibility that Peace’s fiction is not all his own never enters the reader’s mind. To not only attempt such a feat, but to carry it out in a work that is not autobiographical in any shape or form is further proof of Peace’s mastery of the art of fiction.” —Counterpunch

“David Peace is not a writer who obeys the usual conventions and assumptions: his work defies expectations. . . . With Patient X, one begins to see that Peace’s achievement is not merely as an English prose stylist, or as someone who merges genres, or indeed even as a political writer challenging what appears to be the natural order, but as a transnational figure challenging all categories of containment.” —Ian Sansom, The Guardian

“[A] forceful stylist with . . .  a taste for the weird, all of which makes [Peace] a good match for Akutagawa.” —The Wall Street Journal

“An imaginative glimpse behind the curtain of a sheltered, definitively troubled writer of a century past. . . . [Patient X] has an elegant poetry to it.” —Kirkus Reviews

“By combining history, oral tradition, surrealism, and a Poe-like grittiness, the always innovative Peace reimagines the life of a gifted writer who died young by his own hand.” —Booklist

“A surreal world in which madmen, doppelgangers and demons rub shoulders with Christ, Buddha and Jack the Ripper. . . . One of the most original and intriguing books you’ll read this year.”  —The Mail on Sunday

“Brilliant. . . . Peace is one of the best and most peculiar writers in English today. . . . The kaleidoscopic effect of Patient X gives English-language audiences their best chance of insight into the strange mental amalgamation that allowed Akutagawa to construct his fiction.” —The Washington Free Beacon

“Further proof, if proof were needed, that David Peace is one of Britain’s (and the world’s) most gifted and original novelists.” —Sydney Morning Herald

“The most illuminating commentary possible that Anglophone readers could find on this compelling figure.” —The Daily Telegraph
Read More