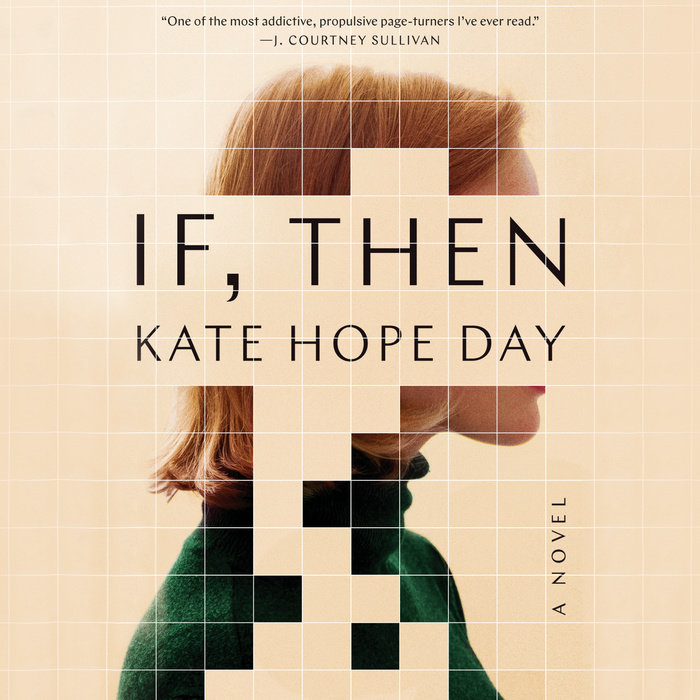 Written by: Kate Hope Day
Read by: Rebecca Lowman
8 Hours and 32 Minutes Imprint: Random House Audio Genre: Fiction - Literary Release Date: March 12, 2019
“A must-read—a gorgeous literary novel that asks us to imagine all the possible versions of ourselves that might exist.”—J. Courtney Sullivan, New York Times bestselling author of Saints for All Occasions

The residents of a sleepy mountain town are rocked by troubling visions of an alternate reality in this dazzling debut that combines the family-driven suspense of Celeste Ng’s Little Fires Everywhere with the inventive storytelling of The Immortalists.

In the quiet haven of Clearing, Oregon, four neighbors find their lives upended when they begin to see themselves in parallel realities. Ginny, a devoted surgeon whose work often takes precedence over her family, has a baffling vision of a beautiful co-worker in Ginny’s own bed and begins to doubt the solidity of her marriage. Ginny’s husband, Mark, a wildlife scientist, sees a vision that suggests impending devastation and grows increasingly paranoid, threatening the safety of his wife and son. Samara, a young woman desperately mourning the recent death of her mother and questioning why her father seems to be coping with such ease, witnesses an apparition of her mother healthy and vibrant and wonders about the secrets her parents may have kept from her. Cass, a brilliant scholar struggling with the demands of new motherhood, catches a glimpse of herself pregnant again, just as she’s on the brink of returning to the project that could define her career.

At first the visions are relatively benign, but they grow increasingly disturbing—and, in some cases, frightening. When a natural disaster threatens Clearing, it becomes obvious that the visions were not what they first seemed and that the town will never be the same.

Startling, deeply imagined, and compulsively readable, Kate Hope Day’s debut novel is about the choices we make that shape our lives and determine our destinies—the moments that alter us so profoundly that it feels as if we've entered another reality.

Praise for If, Then

“Hope Day has a lot of sly, stealthy fun with time-bending and parallel universes, but she also has serious things to say on urban paranoia, climate change and the atomized nature of modern life.”—Daily Mail

“If, Then has the narrative propulsion of a television show . . . [It’s] a whirlwind of a story.”—Chicago Review of Books

“Effortlessly meshing the dreamlike and the realistic, [Kate Hope] Day’s well-crafted mix of literary and speculative fiction is an enthralling meditation on the interconnectedness of all things.”—Publishers Weekly (starred review)
Read More
“Day’s complex debut explores the mind-bending idea that for every decision made, alternate choices lead to different lives. . . . Multiverse-theory fans will love the speculation offered in this novel.”—Booklist

“A suburban drama built to leap from page to screen.”—Kirkus Reviews

“A must-read—a gorgeous literary novel that asks us to imagine all the possible versions of ourselves that might exist . . . My desire to race to the finish was at all times competing with my urge to savor every line.”—J. Courtney Sullivan, New York Times bestselling author of Saints for All Occasions

“In If, Then, Kate Hope Day negotiates the delicate balance between razor-sharp smarts and pure page-turning entertainment as well as any novel I’ve read—ever. Nothing escapes Day’s deep intellect, from the intricacies of surgery to the real estate business to the effects of climate change—and, of course, the magic of alternate realities. If, Then brings to mind Tom Perrotta’s The Leftovers, the best of Ursula K. Le Guin, Karen Russell, Kelly Link, and maybe even a splash of Stephen King. I suspect that everyone you know will be reading this book for years to come.”—Daniel Torday, author of Boomer1

“If, Then is a mind-bending reflection on the nature of free choice and time. What if, just for a moment, we could see the other paths we might have taken? If we collided with alternate versions of ourselves, would we, could we, change our own destinies? Kate Hope Day writes with a tender and vivid attention to the extraordinary details of ordinary lives. This is a fascinating and moving debut novel.”—Eowyn Ivey, New York Times bestselling author of The Snow Child

“I love this book. If, Then is a page-turning, thought-provoking story told in beautiful, lucid prose. I was fully invested in the residents of Clearing, Oregon, and fascinated by the twists and turns of their intersecting paths. In her deeply insightful and unputdownable debut, Kate Hope Day makes us fall in love with her characters, keeps us guessing until the end, and, most of all, inspires us to envision the infinite possibilities for our own lives.”—Lindsey Lee Johnson, author of The Most Dangerous Place on Earth

“Vivid, thought-provoking, and meticulous—Kate Hope Day gives us an illuminating novel that asks us to consider the many paths a single life can offer. Spanning multiple universes, full of exquisite prose and insights that delve into the deepest corners of her characters’ minds, If, Then is a shimmering spectacle, a literary page-turner that satisfies and delights.”—Danya Kukafka, author of Girl in Snow
Read More 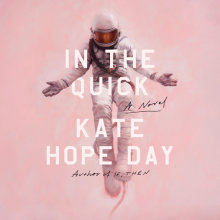