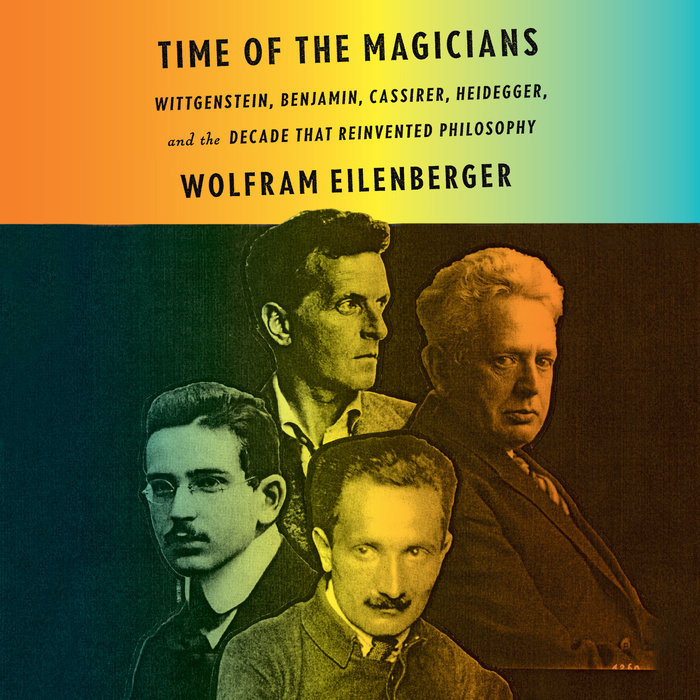 The year is 1919. The horror of the First World War is still fresh for the protagonists of Time of the Magicians, each of whom finds himself at a crucial juncture. Walter Benjamin, having survived the flu during the 1918 pandemic, is trying to flee his overbearing father and floundering in his academic career. Ludwig Wittgenstein, by contrast, has dramatically decided to divest himself of the monumental fortune he stands to inherit as a scion of one of the wealthiest industrial families in Europe, in search of absolute spiritual clarity. Meanwhile, Martin Heidegger, having managed to avoid combat in war by serving instead as a meteorologist, is carefully cultivating his career. Finally, Ernst Cassirer is working furiously in academia, applying himself intensely to his writing and the possibility of a career at Hamburg University. The stage is set for a great intellectual drama, which will unfold across the next decade. The lives and ideas of this extraordinary philosophical quartet will converge as they become world historical figures. But with the Second World War looming on the horizon, their fates will be very different.

Wolfram Eilenberger stylishly traces the paths of these remarkable and turbulent lives, which feature not only philosophy but some of the most important other figures of the century, including John Maynard Keynes, Hannah Arendt, and Bertrand Russell. In doing so, he tells a gripping story about four of history's most ambitious and passionate thinkers, and illuminates with rare clarity and economy their brilliant ideas, which all too often have been regarded as enigmatic or opaque.
Read More
“Splendid.” —Financial Times

“[Eilenberger] patiently draws these four intellectual magi out of the shadows of their writings, which often tend toward complete opacity. The result is not a book of academic philosophy but rather an intellectual history that largely succeeds in bringing philosophy to life.” —The New York Times Book Review

“Wolfram Eilenberger’s survey of high thoughts and low politics among German-language philosophers of the 1920s is a salutary tale for today, not just a gripping panorama of century-old dreams and feuds . . . Eilenberger shows flair in knitting complex ideas into the fabric of his sages’ lives and times.” —The Economist

“[A] vibrant group portrait of four philosophers during a turbulent decade . . . Eilenberger is a terrific storyteller, unearthing vivid details that show how the philosophies of these men weren’t the arid products of abstract speculation but vitally connected to their temperaments and experiences.” —Jennifer Szalai, The New York Times

“[A] fascinating and accessible account . . . In his entertaining book, Mr. Eilenberger shows that his magicians’ thoughts are still worth collecting, even if, with hindsight, we can see that some performed too many intellectual conjuring tricks.” —The Wall Street Journal

“A group portrait of four brilliant young philosophers in the aftermath of the first world war . . . Eilenberger tells it with free-wheeling gusto.” —The Guardian

“A tremendous feat of scholarship, but more pertinently it is also a technical masterpiece, knitting together the four men's love lives, money troubles, ontological anxieties and the wider ferment of the Weimar republic with uncommon dexterity.” —The Times (London)

“Eilenberger weaves together the biographies and the developing thought of the four philosophers with great bravura and wit. We get a strong sense of their thought emerging as a response to the enveloping chaos of the time, when all the old certainties were crumbling . . . It’s a riveting read that sheds light on a crucial period in European history and thought, with some uncanny parallels to our own time.” —The Telegraph

“Eilenberger clearly lays out the evolving theories of each philosopher for a non-specialist audience, embedding the philosophical discussion in their often-dramatic professional and romantic lives and the rapidly evolving social worlds that they shared. The result is an engrossing history which also acts as an introduction to post-WWI European philosophical thinking.” —Booklist

“Fluently blending biography with intellectual history, Time of the Magicians reveals catastrophe as the mother of modern philosophy. It is hard to imagine a more bracing way to reflect on our own times.” —Pankaj Mishra

“[T]his comprehensive and well-informed treatment deserves credit for bringing four major philosophers down from the heights of abstraction.” —Publishers Weekly

“An exemplary work . . . [Eilenberger's] lucid presentation of his characters’ often hard-to-comprehend thinking and the muddy language in which they expressed it make this book invaluable for anyone seeking to learn about these extraordinary figures.” —Kirkus (starred review)

“Spirited [. . .] this comprehensive and well-informed treatment deserves credit for bringing four major philosophers down from the heights of abstraction.” —Publishers Weekly

“A fascinating tour through the lives and thought of some of the most challenging philosophers of the twentieth century: Benjamin, Cassirer, and those two matching gnomic magi, Wittgenstein and Heidegger. It is a book of riches, full of stories as well as ideas, all brought together with a fine, light touch.” —Sarah Bakewell, author of How to Live: Or A Life of Montaigne in One Question and Twenty Attempts at an Answer

“Time of the Magicians is escapism at its ambitious best: a portrait of four fascinating personalities, a chronicle of a pivotal decade in world history, and an introduction to some of the 20th century's most important philosophers. Wolfram Eilenberger has written a must-read for those who love history, philosophy, or gripping storytelling.” —Yascha Mounk, author of The People vs. Democracy: Why Our Freedom Is in Danger and How to Save It

“A tour de force . . . Eilenberger’s beautifully written history of the pivotal decade in 20th century metaphysics is as hard to put down as a good novel. Yet Time of the Magicians is more than first-rate history of philosophy. By weaving together these four philosophers’ works and lives, and drawing unexpected connections between their deepest concerns, Eilenberger unfolds new paths for philosophy itself.  This is an extraordinary achievement.” —Susan Neiman, author of Learning from the Germans: Race and the Memory of Evil

“In this meticulously researched narrative, Wolfram Eilenberger brings to life the intertwining fates of four of the 20th century's most influential thinkers, illuminating their ideas as well as helping to explain the era they inhabited. Packed with personal stories as well as erudition, this is a book that teaches us both how to live through a time of crisis, and how to think about it—skills we now need once again.” —Anne Applebaum, Pulitzer Prize winning-author of Twilight of Democracy: The Seductive Lure of Authoritarianism and Gulag: A History

“New times bring new disasters—and new disasters bring new ways of thinking. Wolfram Eilenberger's Time of the Magicians recalls an age when philosophers reinvented a world in full meltdown—a world that needed to be remade down to its very punctuation. He makes difficult concepts accessible without dumbing them down, and turns famous names into unforgettably human—all too human—characters.” —Benjamin Moser, Pulitzer Prize-winning author of Sontag: Her Life and Work

“Wolfram Eilenberger mixes history and biography to produce something truly unusual: a page-turning book about philosophy, told through the lives of four of its most controversial and confounding figures. Their lives were in many cases as chaotic as their work was profound, but he brings them all to life on the page with passion and clarity. Time of the Magicians is both an education and a delight.” —Ruth Franklin, author of Shirley Jackson: A Rather Haunted Life

“A vivid, rich and beautifully narrated book. It describes a remarkable intellectual constellation—four different ways of life and four answers to the question: What is human?” —Rüdiger Safranski

"Wolfram Eilenberger . . . saves the wonder of philosophy, takes away the fear of the incomprehensible. He does not take sides, but he simply let the different approaches coexist, this is his capacity! He makes it fun to read about every of each four philosophers.” —Süddeutsche Zeitung
Read More 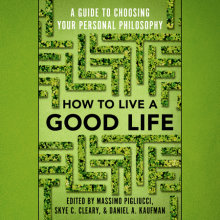 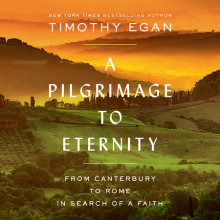