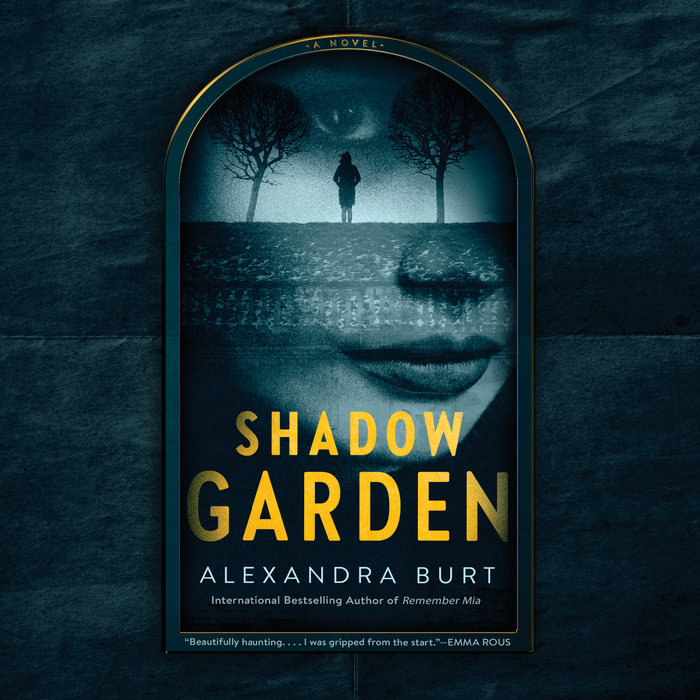 Written by: Alexandra Burt
Read by: Maggi-Meg Reed
11 Hours and 41 Minutes Imprint: Penguin Audio Genre: Fiction - Thrillers - Suspense Release Date: July 21, 2020
A wealthy woman suspects something is off about the luxurious complex she lives in . . . and she is right, in this riveting domestic-suspense novel from international bestselling author Alexandra Burt.

Donna Pryor lives in the lap of luxury. She spends her days in a beautifully appointed condo. Her every whim is catered to by a dedicated staff, and she does not want for anything.

Except for news of her adult daughter.

Or an ex-husband who takes her calls.

Donna knows something is wrong, but she can't quite put her finger on it. As her life of privilege starts to feel more and more like a prison, the facade she has depended on begins to crumble. Somewhere in the ruins is the truth, and the closer Donna Pryor gets to it, the more likely it is to destroy her.
Read More
Praise for Shadow Garden

“Alexandra Burt's latest is a haunted and haunting read, rendered with her usual gift for psychological detail in stunningly atmospheric prose. In the gothic tradition of Rebecca, The Yellow Wallpaper, and The Bad Seed, Shadow Garden plunges readers into a clammy, chilly fog on every page. I won't soon forget the ending, and neither will you."--Amy Gentry, bestselling author of Good as Gone and Last Woman Standing


“Shadow Garden is a beautifully haunting novel about an outwardly successful but privately troubled family. I was gripped from the start, entranced by the evocative writing and the complex characters. It’s the sort of story that stays with you, long after you’ve reached the final page and closed the book.”—Emma Rous, USA Today Bestselling author of The Au Pair


“Alexandra Burt's, Shadow Garden, is a haunting, cautionary tale of a family's descent into madness; exposing the darkness that lies beneath the comforting facade of wealth, privilege and a mother's obsessive love.”--Kathleen Kent, New York Times bestselling author of The Heretic's Daughter


“Just when you think you know which way is up, another member of the Pryor family steps in to prove you wrong. Shadow Garden is a gripping, head-spinning tale that left me feeling like I’d caught the madness on its pages. A delicious, devious ride.”--Stephanie Wrobel, author of Darling Rose Gold


"Domestic horror is at its scariest when seen ‘through a glass, darkly.’ Such is the predicament for Donna Pryor, whose best intentions at finding clarity are hobbled not by schemes, but by truths too horrible for the mind to handle. Burt’s writing is sensual and mysterious―verdant paths lined with haunting fog. Perfect for anyone who loves getting lost in the maze of memory, or interested in the stories that we tell, mostly to ourselves."--Robert Ashcroft, author of Megarothke