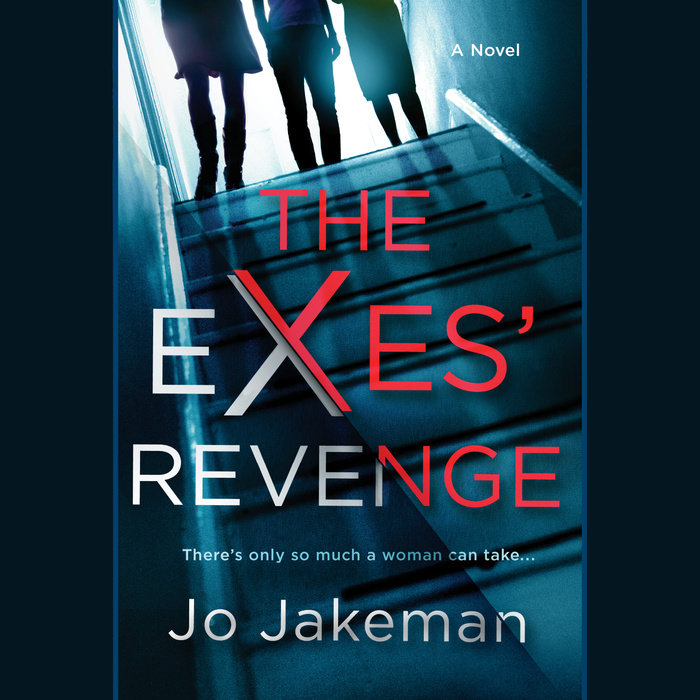 Written by: Jo Jakeman
Read by: Fiona Hardingham
9 Hours and 53 Minutes Imprint: Penguin Audio Genre: Fiction - Thrillers - Psychological Release Date: September 11, 2018
A wickedly dark debut thriller about three women who've all been involved with the same man and realize the one thing they have in common is that they all want revenge against him...

Divorces are often messy, and Imogen's is no exception. Phillip Rochester is controlling, abusive, and determined to make things as difficult as possible. When he shows up without warning demanding that Imogen move out of their house by the end of the month or he'll sue for sole custody of their young son, Imogen is ready to snap.

In a moment of madness, Imogen does something unthinkable--something that puts her in control for the first time in years. She's desperate to protect her son and to claim authority over her own life.

But she wasn't expecting both Phillip's ex-wife and new girlfriend to get tangled up in her plans. These three very different women--and unlikely allies--reluctantly team up to take revenge against a man who has wronged them all.
Read More
Praise for The Exes’ Revenge

“The Exes' Revenge by Jo Jakeman reads like a darker Big Little Lies with all the female rage of Sharp Objects.”—Bustle

“Twists throughout the story and an unexpected ending make this ideal for thriller readers and fans of the movie Panic Room….[Jakeman] has a winner on her hands.”—Booklist

“THE EXES' REVENGE is a thriller for the #MeToo era. It's a fast-paced game of cats-and-mouse....This is a modern revenge tale with a beating heart.”—Julia Heaberlin, international bestselling author of Paper Ghosts

“Tight, suspenseful, and satisfyingly dark, THE EXES’ REVENGE uses its deft characterization and tense plotting to keep you turning the pages as fast as you can. Full of twists and surprises, thrilling and often bleakly funny, this is a book you’ll want to swallow in one white-knuckled reading session.”—Simone St. James, award-winning author of The Broken Girls

"Revenge is a dish served with lashings of relish in this vivid, blackly comic suspense novel, as three women fight back against an abusive partner. I cheered them on to the bloody end."—Louise Candlish, author of Our House

“A cracking book. Darkly funny, yet also touching and emotive. Plus, full of suspense and twists. Buy it!”—C.J. Tudor, international bestselling author of The Chalk Man

“A revenge thriller to make you punch the air in solidarity....A wickedly sharp, psychologically intense debut which announces Jo Jakeman as a future queen of grip lit.”—Eva Dolan, author of This Is How It Ends

“A brilliant debut from an author with a sharp wit and a keen understanding of human nature. I couldn't turn the pages quickly enough.”—Fiona Cummins, author of Rattle

“A gem of a debut with its unique premise, tightly-crafted plot and believable characters who get under your skin from the start. Incredibly well-observed and sensitive in its handling of difficult subjects, it is, above all, thoroughly entertaining. Highly recommended!”—Caz Frear, author of Sweet Little Lies

“A deliciously dark and gripping debut.”—Emily Koch, author of If I Die Before I Wake

“A sensational debut—pacy, twisty and darkly funny with well-rounded characters. I loved it!”—Roz Watkins, author of The Devil’s Dice 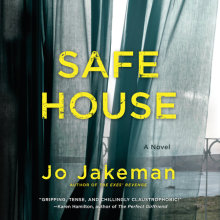