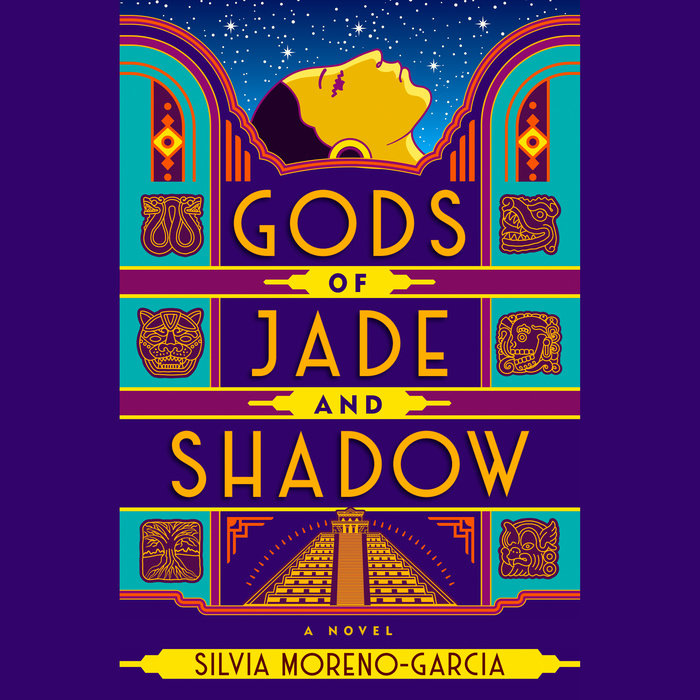 “A spellbinding fairy tale rooted in Mexican mythology . . . Gods of Jade and Shadow is a magical fairy tale about identity, freedom, and love, and it's like nothing you've read before.”—Bustle

The Jazz Age is in full swing, but Casiopea Tun is too busy cleaning the floors of her wealthy grandfather’s house to listen to any fast tunes. Nevertheless, she dreams of a life far from her dusty small town in southern Mexico. A life she can call her own.

Yet this new life seems as distant as the stars, until the day she finds a curious wooden box in her grandfather’s room. She opens it—and accidentally frees the spirit of the Mayan god of death, who requests her help in recovering his throne from his treacherous brother. Failure will mean Casiopea’s demise, but success could make her dreams come true.

In the company of the strangely alluring god and armed with her wits, Casiopea begins an adventure that will take her on a cross-country odyssey from the jungles of Yucatán to the bright lights of Mexico City—and deep into the darkness of the Mayan underworld.

Praise for Gods of Jade and Shadow

“A dark, dazzling fairy tale . . . a whirlwind tour of a 1920s Mexico vivid with jazz, the memories of revolution, and gods, demons, and magic.”—NPR

“A magical novel of duality, tradition, and change . . . Moreno-Garcia’s seamless blend of mythology and history provides a ripe setting for Casiopea’s stellar journey of self-discovery, which culminates in a dramatic denouement. Readers will gladly immerse themselves in Moreno-Garcia’s rich and complex tale of desperate hopes and complicated relationships.”—Publishers Weekly (starred review)
Read More
“Casiopea is not a damsel in distress, but rather a young woman coming of age in a time where music, myth, art and exploration thrum colorfully around her. . . . Readers will be floored by Moreno-Garcia’s painstaking attention to detail. Her descriptions of the emotionally charged interactions between realistic human characters and otherworldly gods, witches and demonic forces are unforgettable, as are the fairy-tale and folktale aspects of the plot.”—BookPage (starred review)

“Set in a lushly rendered and gorgeous world, this is historical fantasy at its best: a fresh, feminist coming-of-age tale that lets the ancient and the new meld and clash in a tale you can't put down.”—S. A. Chakraborty, author of The City of Brass and The Kingdom of Copper

“Simultaneously heartbreaking and heart-mending, Gods of Jade and Shadow is a wondrous and magical tale about choosing our own path. I felt weepy and happy and hopeful when I finished—everything you want to feel at the end of a great story.”—Kevin Hearne, New York Times bestselling author of The Iron Druid Chronicles and A Plague of Giants

“An elegant and immersive tale, Silvia Moreno-Garcia’s Gods of Jade and Shadow opened my eyes to the Mayan Underworld and took me on an adventure with a strong-willed, practical heroine and a prickly fallen god that I never wanted to end. It feels like a modern classic and is absolutely unforgettable.”—Kendare Blake, #1 New York Times bestselling author of the Three Dark Crowns series

“A lush, bittersweet tale of courage, love, and carving your own place in the world . . . Silvia Moreno-Garcia’s evocative prose will take you on an adventure for the mind and the heart.”—Christina Henry, author of Alice and The Girl in Red

“A vibrant story of grit, giddiness, and glory with a protagonist whose personality burns bright as a star. Casiopea Tun will capture your heart and draw you into a jewel-toned world of mythmaking and jazz music.”—Lara Elena Donnelly, author of the Amberlough Dossier trilogy

“A beautiful work that will draw you in and keep you transfixed and reading far too late. It blends the ‘real’ and the mythic seamlessly, and the clear-sighted heroine is a joy to read about. It’s the sort of book that will leave you with beautiful afterimages for weeks to follow, and going back to reread favorite sections.”—Genevieve Cogman, author of the Invisible Library series
Read More 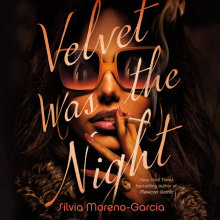 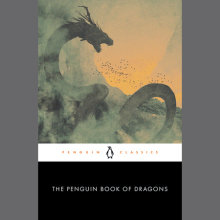