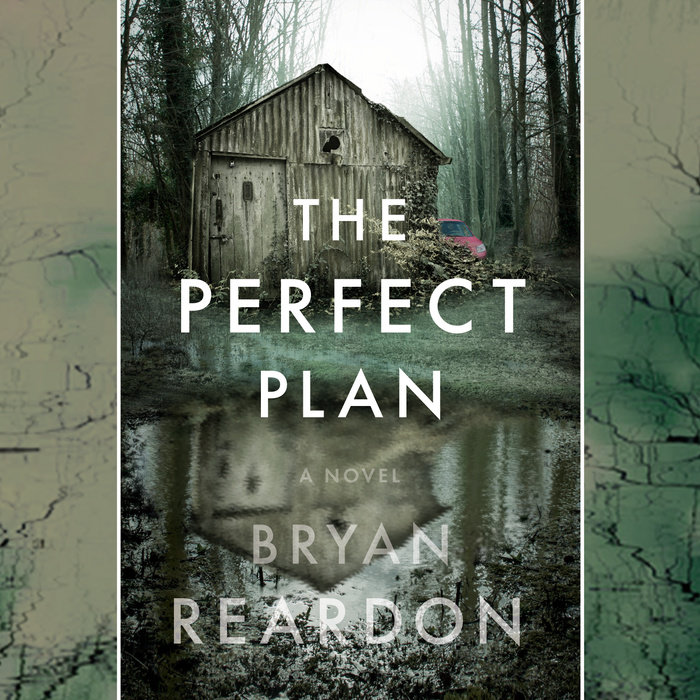 Liam Brennan teeters on the edge. Early one morning, he snaps, kidnapping a young woman who works for Drew Brennan, Liam’s older brother and the upstart candidate in a heated election. This sudden, vicious attack appears to be the beginning of an unthinkable spiral. But when it comes to the Brennan brothers, nothing is what it seems.

To the rest of the world, Liam is the troubled problem child who grew up to be his brother’s enforcer, while Drew has always been the perfect son and a charismatic leader who has his sights set on the governor’s mansion with his charming and beautiful wife, Patsy, by his side.

Now, as Liam tries to stay one step ahead of the authorities and his brother, every passing minute provides a deeper glimpse into the brothers’ past, long hidden behind a picture-perfect suburban veneer. With the threat of the truth surfacing, Liam and Drew are driven toward one final, desperate act...
Read More
“An intense and gripping psychological thriller. Bryan Reardon’s dark and intimate exploration of the damage we inflict on the people we are supposed to love kept me turning the pages at warp speed. The Perfect Plan is a nuanced, heartbreaking, and yet ultimately satisfying book.”
—Karen Dionne, author of the international bestseller The Marsh King's Daughter

“In his fast-paced, gritty novel, The Perfect Plan, Bryan Reardon pits brother against brother and takes his readers deep inside the corrupt world of a high-stakes political election. With an unapologetic eye, Reardon examines the lengths to which one man will go in order to gain power.  Alternating between an action-packed present and a heartbreaking past, Reardon expertly builds his characters from the ground up and keeps readers guessing until the very end.”
—Lori Roy, Edgar Award–winning author of The Disappearing

"Intense, disturbing, and incredibly chilling. The talented Bryan Reardon skillfully peels back the protective veneer of family to reveal a vein of manipulation, destruction and human frailty. What heartbreaking realities may lurk behind seemingly benevolent faces will haunt you on every page. Powerful and realistic, The Perfect Plan perfectly reveals the dark psychology that can twist the lust for power."
—Hank Phillippi Ryan, Nationally bestselling author of Trust Me

“Reardon’s follow-up to The Real Michael Swann is another tense and entertaining thriller that keeps its hold on the reader.”
—Kirkus

Praise for Bryan Reardon and The Real Michael Swann

“Bryan Reardon keeps the action moving so expertly that I read [The Real Michael Swann] nearly in one sitting and I bet you'll want to, too.”
—The Charlotte Observer

“[Reardon] reminds us, in these often terrifying times, how quickly the ground beneath us can disappear when all we’re trying to do is return home.”
—The Star-Ledger (Newark, NJ)

"Reardon delivers another page-turner with frighteningly plausible scenarios, an occasionally wrenching narrative, and a final message that is particularly relevant for our times."
—Library Journal (starred review)

“For when you’re craving an I’m-not-sure-where-this-is-going ride of a read.”
—Family Circle

"What seems like a straightforward story . . . becomes much more in the hands of Reardon. Surprises on many levels and genuine thrills are abundant in this engrossing thriller."
—Suspense Magazine

“A dark, twisting thriller that will keep readers up into the wee hours. Harlan Coben meets Greg Iles, with plenty of misdirection.”
—Booklist

“An intriguing and original premise . . . many twists and turns that keep readers guessing till the end.”
—Kirkus Reviews

“[An] addictively readable thriller . . . Readers shouldn’t be surprised if they find themselves staying up to finish this in one sitting.”
—Publishers Weekly

“A thriller that will keep you guessing.”
—The Parkersburg News and Sentinel

“A fantastic commentary on what we think we know about those we love, as well as violence in the United States.”
—Read It Forward

“Out of all the books I’ve read so far this year, I cannot think of one that caught me more by surprise than this one.”
—The Real Book Spy

“This is just an overall riveting book, and it works as a thriller, a mystery, and an astute autopsy of a marriage, not to mention a well-drawn family drama. Nicely done.”
—Criminal Element

“A thoughtful novel about misidentification, family bonds, and marriage . . . Without using car chases or overt violence, Reardon keeps the suspense high.”
—Mystery Scene

“The Real Michael Swann is a twisting, heart-wrenching journey into a marriage, a gripping thriller, and the story of a family ripped apart by terrible violence. Bryan Reardon grabs his readers on page one, then deftly ratchets up the suspense page-by-page revealing slim fragments of truth until the breathless ending. A chilling, haunting read.”
—Lisa Unger, New York Times bestselling author of The Red Hunter

“What begins as a portrait of a modern marriage swiftly evolves into a shocking, complex examination of the American Dream—what it was, what it has become, and what remains. Both a love story and a brilliant social commentary, The Real Michael Swann moved me deeply and kept me turning pages deep into the night.”
—Amanda Eyre Ward, author of The Same Sky

“Bryan Reardon’s compelling new novel lives at the intersection of ripped-from-the-headlines catastrophe and abiding, deeply personal human love. Julia and Michael’s marriage is so finely drawn that Julia’s crisis of faith in her husband felt every bit as crucial to me as the national horror unfolding around her. The marriage, at least as much as the mystery, kept me up late, with my heart in my throat, turning pages.”
—Marisa de los Santos, New York Times bestselling author of Belong to Me and I’ll Be Your Blue Sky

“The Real Michael Swann takes you on a wild, suspenseful ride that has you holding your breath from the very first page to the startling, shocking twist at the end. Amid terrifying tragedy and desolation, Bryan Reardon masterfully delivers an intimate, heartbreaking portrayal of a family whose love, trust, and loyalty for each other is put to the ultimate test.”
—Rhiannon Navin, author of Only Child

“The Real Michael Swann is a riveting read, pertinent and relevant to the times we now live in, with characters that keep the reader emotionally involved right up until its almost shocking ending. A highly recommended and insightful work of fiction.”
—Lisa Ballantyne, author of Everything She Forgot 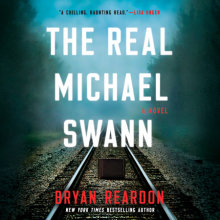