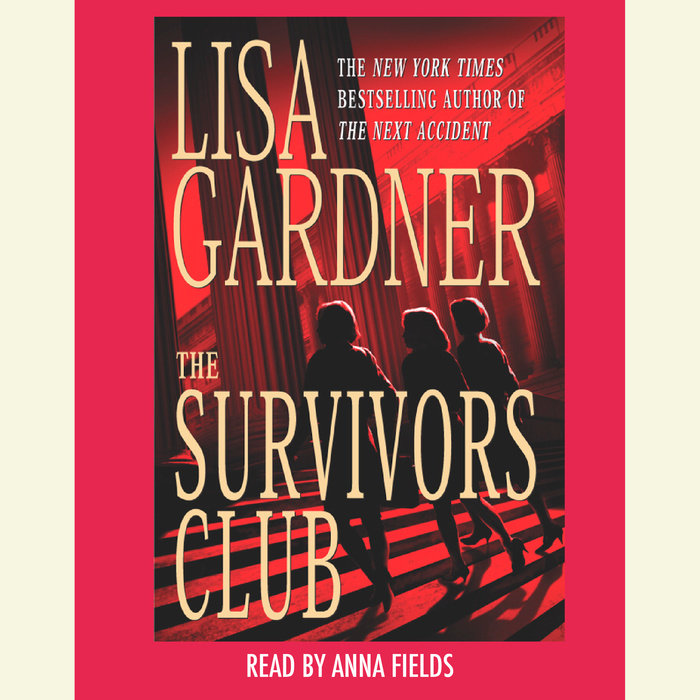 Written by: Lisa Gardner
Read by: Anna Fields
5 Hours and 12 Minutes Imprint: Random House Audio Genre: Fiction - Thrillers - Suspense Release Date: May 21, 2002
One of today’s most electrifying suspense novelists, New York Times bestselling author Lisa Gardner returns with a shattering thriller that dares to play on our deepest vulnerabilities. In this masterful new novel, the killer may very well be the one you sympathize with the most....

THE FIRST RULE IS NEVER BLAME THE VICTIM.

They survived what no woman should ever have to endure. Now these three women have the means, the opportunity, and the perfect motive. Are they trying to get away with murder--or is someone trying to make sure that this time they don’t get away at all? The Survivors Club. . .that’s what Jillian Hayes, Carol Rosen, and Meg Pesaturo call it. They won’t consider themselves victims. They are survivors. They faced the blazing headlines and helped lead the investigation that caught the man who changed their lives forever.

And now that Eddie Como, the College Hill rapist, has been murdered, shot down outside a packed courthouse moments before his trial was about to begin, all three women are openly ecstatic that he’s dead. They are also the prime suspects in his murder. Detective Sergeant Roan Griffin knows all too well what can drive even the best people to cross the line. But he has never seen a case quite like this one. No one doubts that the murder of Eddie Como was a professional job, especially when the gunman is killed only blocks away from the shooting.

But questions taunt Griffin: Who ordered the deaths of Eddie Como and his killer? Could three ordinary women have been driven to do he unthinkable? Had someone in the Survivors Club become a killer? Griffin seeks the truth--and finds himself confronted with the leader of the Survivors Club. Jillian Hayes is beautiful, successful, cool as ice, and she harbors a pain that mirrors Griffin’s own. Did the horror of what happened to her push her over the thin and desperate line that separates survival and revenge? And if it did, could he blame her--or anyone in the Survivors Club? Then another woman is brutally attacked.

Suddenly, with the city on the ragged edge of panic, gripped in a media and political firestorm of controversy, cover-up, and conspiracy, the hunt is on for a ruthless and cunning killer. For Griffin, this may well be the case that shatters his career. For Jillian, the harrowing nightmare is beginning all over again. Someone is out there. Someone who wants to finish what was started. Someone who wants to make sure that no one survives the Survivors Club.
Read More
Praise for the novels of Lisa Gardner

The Survivors Club
"Lisa Gardner's THE SURVIVORS CLUB is a high-octane, nerve-jangling tale of suspense.”
-- Harlan Coben, bestselling author of Tell No One and Gone for Good

"The Survivors Club has it all -- provocative plotting, an astute eye for detail, engaging characters, and a razor-sharp emotional edge."
-–Stephen White, bestselling author of Warning Signs

The Next Accident
“A suspense-laden, twist-filled tale that easily equals the best of Sue Grafton and Kathy Reichs.”
-The Providence Sunday Journal

The Perfect Husband
“A streamlined, bang-up addition to the oeuvre of Tami Hoag, Karen Robards, Elizabeth Powell and, these days, even Nora Roberts.”
-Publishers Weekly 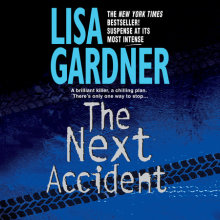 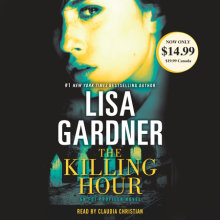 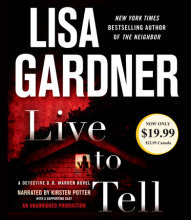 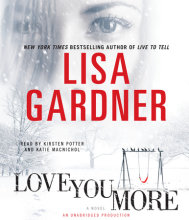