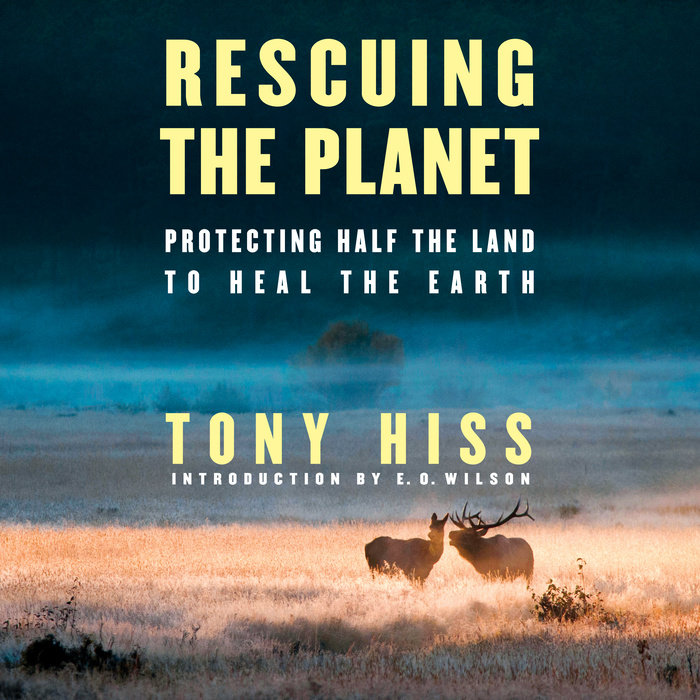 Written by: Tony Hiss
Read by: Adam Barr & Paul Boehmer
Introduction by: E. O. Wilson
9 Hours and 28 Minutes Imprint: Random House Audio Genre: Nature - Environmental Conservation & Protection Release Date: March 30, 2021
An urgent, resounding call to protect 50 percent of the earth's land by 2050—thereby saving millions of its species—and a candid assessment of the health of our planet and our role in conserving it, from the award-winning author of The Experience of Place and veteran New Yorker staff writer.

"An upbeat and engaging account of the remarkable progress being made to preserve vast wild spaces for animals to roam." —The Wall Street Journal

Beginning in the vast North American Boreal Forest that stretches through Canada, and roving across the continent, from the Northern Sierra to Alabama's Paint Rock Forest, from the Appalachian Trail to a ranch in Mexico, Tony Hiss sets out on a journey to take stock of the "superorganism" that is the earth: its land, its elements, its plants and animals, its greatest threats--and what we can do to keep it, and ourselves, alive.

Hiss not only invites us to understand the scope and gravity of the problems we face, but also makes the case for why protecting half the land is the way to fix those problems. He highlights the important work of the many groups already involved in this fight, such as the Indigenous Leadership Initiative, the Yellowstone to Yukon Conservation Initiative, and the global animal tracking project ICARUS. And he introduces us to the engineers, geologists, biologists, botanists, oceanographers, ecologists, and other "Half Earthers" like Hiss himself who are allied in their dedication to the unifying, essential cause of saving our own planet from ourselves.

Tender, impassioned, curious, and above all else inspiring, Rescuing the Planet is a work that promises to make all of us better citizens of the earth.
Read More
Named a "Top 10 Book on the Environment & Sustainability: 2022" by Booklist

"Tony Hiss lays out what can—indeed must—be done to slow the tide of extinction. Rescuing the Planet is at once sobering and joyful—a celebration of life and the many people working to save it." —Elizabeth Kolbert, Pulitzer Prize–winning author of Under a White Sky

“Inspiring . . . An upbeat and engaging account of the remarkable progress being made to preserve vast wild spaces for animals to roam . . . Hiss is an indefatigable reporter and graceful writer, traversing the continent to observe the animals being saved and profile their saviors. [He] tells a good story, whether he’s describing his traipses through the wild or chronicling the history of the conservation movement.” —John Tierney, The Wall Street Journal

“Rescuing the Planet vividly explores the past, present, and future of our relationship with the wilderness. Hiss crafts a strong argument for action in the face of mass extinction.” —Sheldon Whitehouse (U.S. Senator, Rhode Island)

“Tony Hiss has not just captured the possibility of large-scale conservation, he’s understood that it needs to be connected with human beings. The idea of Indigenous Protected Areas that he describes is one of those prospects—simultaneously radical and obvious—that might give us a fighting chance in the decades ahead!” —Bill McKibben, author of Falter: Has the Human Game Begun to Play Itself Out?

“When I was young, the popular cartoon character Pogo commented on our environmental problems with the one-liner, ‘We have met the enemy and he is us.’ In Rescuing the Planet, Tony Hiss helps us make peace with that enemy within us, for a cause no less monumental than saving the living planet Earth. And the message is urgent because the necessary time is now, absolutely now.” —Carl Safina, author of Becoming Wild and Beyond Words

“Rescuing the Planet is the epitome of turning a serious subject into a page turner. Great use of storytelling to make everyone understand why and how we need to save our natural world.” —Dr. Enric Sala, National Geographic Explorer in Residence and author of The Nature of Nature: Why We Need the Wild

“No matter what else you have read about climate change and the Anthropocene, Rescuing the Planet is to be added to your list, not so much because it’s required or necessary (which it is) as because it is beautiful and inspirational. Hiss has orchestrated and brought to life one of the greatest stories of our time—he’s excavated the Half Earth plan's remarkable history, described its scientific rationale, and explored its potential in a way never seen before, and all so compactly and gracefully. That we really can dodge the mass extinction event we are sliding into is his book's great news. Read on, take heart, put your shoulder to the wheel." —Kim Stanley Robinson

“Rescuing the Planet is truly a masterpiece among masterpieces, right up there with The Experience of Place, a book now considered a classic. A must-read!” —Elizabeth Barlow Rogers, President, The Foundation for Landscape Studies

“A how-to—based on proven conservation practices—for protecting the earth before the global population explodes to a projected 11 billion by 2100 . . . Significantly, Hiss pays tribute to the outstanding work of women conservationists who have campaigned to save our forests and wildlife . . . By highlighting the work of important groups both public and private, Hiss has crafted a valuable overview and inventory of land-use conservation [with] great educational value.” —John R. Wennersten, Washington Independent Review of Books

“With the U.N. declaring the 2020s the Decade on Ecosystem Restoration, Hiss’ deeply elucidating and inspiriting chronicle is a keystone resource . . . [He] reports with zest, fluency, and measured optimism on [why] it is necessary to conserve entire intact ecosystems to sustain the besieged biosphere . . . Hiss travels to many illustrious places on the continent, each unique, as he maps the rousing history of ecological science and portrays an array of colorful ‘extinction preventers’ past and present.” —Donna Seaman, Booklist (starred review)

“Hiss creates a sense of hope with lyrical descriptions and immersive portrayals of various programs across the continent . . . This eye-opening survey will leave readers inspired.” —Publishers Weekly (starred review)

“A passionate argument for protecting the world’s rapidly shrinking wilderness . . . [Hiss] describes a campaign to protect 50% of the world’s land [and] illustrates his thought-provoking arguments with a handful of North American projects, including a major expansion of the Appalachian Trail, rejuvenation of New Jersey’s Pine Barrens, restoration of the vast pine forests in the Southeast, and conversion of Yellowstone into a Greater Yellowstone protected area, essential to preserve its diminishing species . . . A combination of passion, inspiration, and rigor.” —Kirkus Reviews (starred review)

“An exceptional work that is highly recommended as a cohesive explanation of how small local projects can be pieces of larger efforts.” —Teresa R. Faust, Library Journal (starred review)
Read More 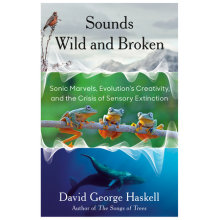