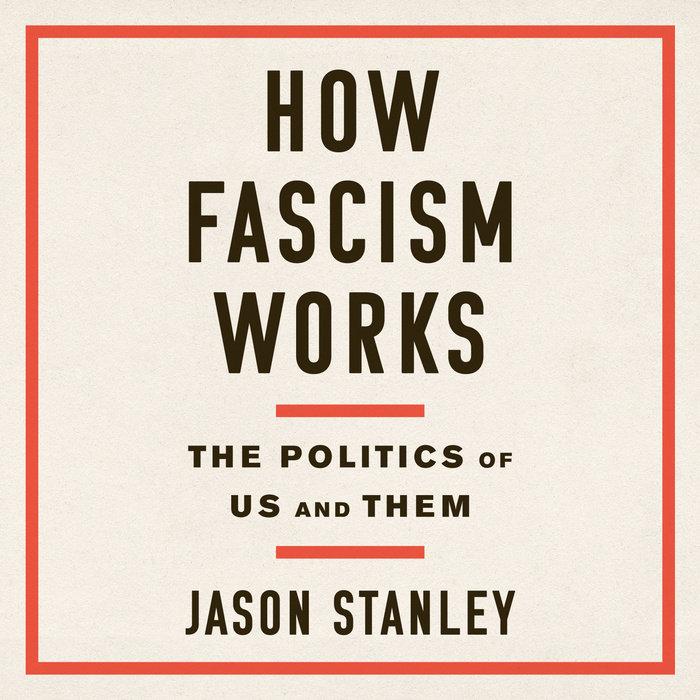 “A vital read for a nation under Trump.”­—The Guardian

“No single book is as relevant to the present moment.”—Claudia Rankine, author of Citizen

“One of the defining books of the decade.”—Elizabeth Hinton, author of From the War on Poverty to the War on Crime

As the child of refugees of World War II Europe and a renowned philosopher and scholar of propaganda, Jason Stanley has a deep understanding of how democratic societies can be vulnerable to fascism: Nations don’t have to be fascist to suffer from fascist politics. In fact, fascism’s roots have been present in the United States for more than a century. Alarmed by the pervasive rise of fascist tactics both at home and around the globe, Stanley focuses here on the structures that unite them, laying out and analyzing the ten pillars of fascist politics—the language and beliefs that separate people into an “us” and a “them.” He knits together reflections on history, philosophy, sociology, and critical race theory with stories from contemporary Hungary, Poland, India, Myanmar, and the United States, among other nations. He makes clear the immense danger of underestimating the cumulative power of these tactics, which include exploiting a mythic version of a nation’s past; propaganda that twists the language of democratic ideals against themselves; anti-intellectualism directed against universities and experts; law and order politics predicated on the assumption that members of minority groups are criminals; and fierce attacks on labor groups and welfare. These mechanisms all build on one another, creating and reinforcing divisions and shaping a society vulnerable to the appeals of authoritarian leadership.

By uncovering disturbing patterns that are as prevalent today as ever, Stanley reveals that the stuff of politics—charged by rhetoric and myth—can quickly become policy and reality. Only by recognizing fascists politics, he argues, may we resist its most harmful effects and return to democratic ideals.

“With unsettling insight and disturbing clarity, How Fascism Works is an essential guidebook to our current national dilemma of democracy vs. authoritarianism.”—William Jelani Cobb, author of The Substance of Hope
Read More
“A vital read for a nation under Trump . . . [an] arresting new book . . . The book provides a fascinating breakdown of the fascist ideology, nimbly interweaving examples from Germany, Italy and Hungary, from Rwanda and Myanmar to Serbia and, yes, the US. As he proceeds through his framework of the broadest features of his subject, Stanley includes smaller observations that may for some readers land bracingly close to home.”—The Guardian

“By placing Trump in transnational and transhistorical perspective, Stanley sees patterns that others miss. . . . Stanley’s comparative perspective is particularly effective in illustrating how fascists use fears of sexual violence. . . . By calling Trump a ‘fascist’—a word that strikes many Americans as alien and extreme—Stanley is trying to spark public alarm. He doesn’t want Americans to respond to Trump’s racist, authoritarian offensives by moving their moral goal posts. The greater danger, he suggests, isn’t hyperbole, it’s normalization. And twenty months into Trump’s presidency, the evidence is mounting that he’s right.”—The New York Times Book Review (Editors’ Choice)

“Jason Stanley’s staggering analysis has only grown in importance since the release of How Fascism Works in 2018. It is one of the defining books of the decade.”—Elizabeth Hinton, author of From the War on Poverty to the War on Crime

“Jason Stanley reveals how the liberties of the people wither when voters embrace politicians who promote the divisive politics of us versus them while denigrating cooperation, compromise, and respect for others. How Fascism Works builds on philosopher Stanley’s insightful How Propaganda Works to explain in concise and easily understood terms how people get tricked into reversing the expanding rights that made America great.”—David Cay Johnston, Pulitzer Prize–winning author of It’s Even Worse Than You Think and The Making of Donald Trump

“An endless question about history—does it repeat itself? The Allies triumphed over fascism nearly seventy-five years ago. But is it on the rise again? The national populism of Trump and Bannon; Brexit; Orban and the rise of the Hungarian right; the Italian five-star movement; Erdoğan—Jason Stanley has in this extraordinary book tried to answer these questions. For those in denial or in doubt, Stanley’s book provides overwhelming evidence that fascism is alive, well, and on the rise. It’s a clarion call to wake up, pay attention, and do something. No one has any doubt that fascism works; the question remains: How do we stop it? Stanley tells us that fascism is not a plan on how to govern but a plan on how to seize control. This is an important and essential book.”—Errol Morris, filmmaker and author of The Ashtray

“There are moments in which the fate of humanity itself hangs in the balance, and such times always bring with them the resurrection of ugly myths. And yet, as Jason Stanley, one of this nation’s most important philosophers, makes clear, when such myths are deconstructed and their history is laid bare, we remember the extraordinary ties that in fact bind us together. And in the fire of that powerful recollection, modern-day fascism—the current myth-dependent moment of intolerance, xenophobia, and fearmongering in which we find ourselves—can be rendered to ash.”—Heather Ann Thompson, Pulitzer Prize–winning author of Blood in the Water

“Jason Stanley’s book comes at a most propitious time, when we must come to grips with the political consequences that may follow the rise of xenophobic populism. History teaches what those consequences are, and in his book Stanley, with great analytical and conceptual clarity, not only tells the story but more crucially provides a critical framework through which to see the insidious mechanisms at play that are threatening today’s democracies around the globe. How Fascism Works is a must-read for all of us who take seriously our responsibility as citizens.”—Jan T. Gross, author of Neighbors

“A sharply argued and timely guide . . . Stanley’s highlighting of the politics of sexual anxiety is particularly welcome and relevant.”—Ruth Ben-Ghiat, author of Italian Fascism’s Empire Cinema

“With unsettling insight and disturbing clarity, How Fascism Works is an essential guidebook to our current national dilemma of democracy vs. authoritarianism. The fingerprints of the fascist past are visible in the present, and this volume bravely shines a light upon them.”—William Jelani Cobb, author of The Substance of Hope
Read More 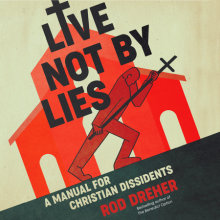