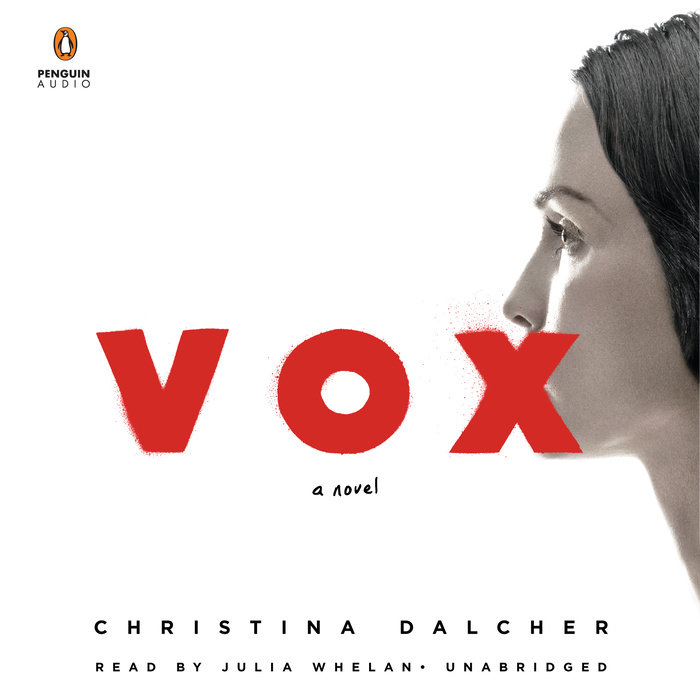 “[An] electrifying debut.”—O, The Oprah Magazine
“The real-life parallels will make you shiver.”—Cosmopolitan

Set in a United States in which half the population has been silenced, Vox is the harrowing, unforgettable story of what one woman will do to protect herself and her daughter.

On the day the government decrees that women are no longer allowed more than one hundred words per day, Dr. Jean McClellan is in denial. This can't happen here. Not in America. Not to her.

Soon women are not permitted to hold jobs. Girls are not taught to read or write. Females no longer have a voice. Before, the average person spoke sixteen thousand words each day, but now women have only one hundred to make themselves heard.

For herself, her daughter, and every woman silenced, Jean will reclaim her voice.

This is just the beginning...not the end.

One of Good Morning America's “Best Books to Bring to the Beach This Summer”
One of PopSugar, Refinery29, Entertainment Weekly, Bustle, Real Simple, i09, and Amazon's Best Books to Read in August 2018
Read More
PRAISE FOR VOX

“Christina Dalcher’s debut novel, set in a recognizable near future and sure to beg comparisons to Margaret Atwood’s dystopian The Handmaid’s Tale, asks: if the number of words you could speak each day was suddenly and severely limited, what would you do to be heard? A novel ripe for the era of #MeToo, VOX (Berkley) presents an exaggerated scenario of women lacking a voice: in the United States, they are subject to a hundred-word limit per day (on average, a human utters about 16,000). Considering the threat of a society in which children like the protagonist’s six-year-old daughter are deprived of language, VOX highlights the urgency of movements like #MeToo, but also of the basic importance of language.”—Vanity Fair

“The females in Dalcher’s electrifying debut are permitted to speak just 100 words a day—and that’s especially difficult for the novel’s protagonist, Jean, a neurolinguist. A futurist thriller that feels uncomfortably plausible.”—O, The Oprah Magazine

“In Christina Dalcher’s Vox, women are only allowed to speak 100 words a day. Sounds pretty sci-fi, but the real-life parallels will make you shiver.”—Cosmopolitan

“Vox is a real page-turner that will appeal to people with big imaginations.”—Refinery29

“Fittingly, this book about women being silenced has got everybody talking and calling it The Handmaid's Tale for 2018.”—Bustle

“A bold, brilliant, and unforgettable debut.”—Alice Feeney, author of Sometimes I Lie

“With language crystalline and gleaming, and a narrative that really moves, Christina Dalcher both cautions and captivates. The names that come to mind are Margaret Atwood, George Orwell, and Aldous Huxley—had Orwell and Huxley had a taste of the information age. VOX is a book for the dystopic present. It woke me up.”—Melissa Broder, author of The Pisces

“A petrifying re-imagining of The Handmaid's Tale in the present and a timely reminder of the power and importance of language.”—Marta Bausells, ELLE UK

“This book will blow your mind. The Handmaid’s Tale meets Only Ever Yours meets The Power.”—Nina Pottell, Prima
Read More

If You Like The Handmaid’s Tale, Try These AudiobooksAugust’s Debut Authors to Listen To 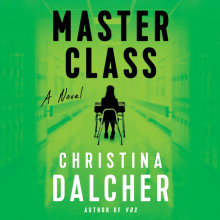