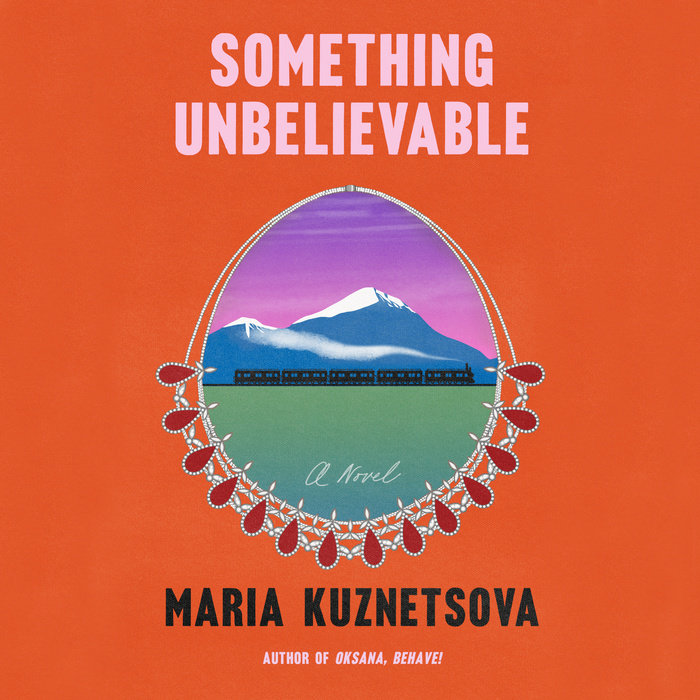 “A fresh perspective—one that’s both haunting and hilarious—on dual-timeline war stories, a feat that only a writer of Kuznetsova’s caliber could pull off.”—Fiona Davis, New York Times bestselling author of The Lions of Fifth Avenue

Larissa is a stubborn, brutally honest woman in her eighties, tired of her home in Kiev, Ukraine—tired of everything really, except for her beloved granddaughter, Natasha. Natasha is tired as well, but that’s because she just had a baby, and she’s struggling to balance her roles as a new mother, a wife, a struggling actress, and a host to her husband’s slacker best friend, Stas, who has been staying with them in their cramped one-bedroom apartment in upper Manhattan.

When Natasha asks Larissa to tell the story of her family’s Soviet wartime escape from the Nazis in Kiev, she reluctantly agrees. Maybe Natasha is just looking for distraction from her own life, but Larissa is desperate to make her happy, even though telling the story makes her heart ache. Larissa recounts the nearly three-year period when she fled with her self-absorbed sister, parents, and grandmother to a factory town in the Ural Mountains where they faced starvation, a cholera outbreak, a tragic suicide, and where she was torn in her affections for two brothers from a wealthy family. But neither Larissa nor Natasha can anticipate how loudly these lessons of the past will echo in their present moments.

Something Unbelievable explores with piercing wit and tender feeling just how much our circumstances shape our lives and what we pass on to the younger generations, willingly or not.
Read More
“Droll and hilarious . . . able to blend the funny and the heartbreaking beautifully together . . . Though Larissa’s and Natasha’s stories are wildly different, they share an irreverence and a longing for something more, and they echo each other in their explorations of obligation and desire, of envy and disappointment, of art and contentment, and the possible incompatibility of the two. With Something Unbelievable, Kuznetsova movingly makes a case for the significance of the everyday . . . how unspectacular moments can transcend their confines, how miraculous the ordinary can be.”—The New York Times Book Review

“Wonderfully rich . . . Kuznetsova’s humor shines through Larissa’s voice, and she always balances the pathos with the humor, again an echo of many of the Russian masters. . . . The freshness of such a voice makes it come alive as it is told.”—Ploughshares

“Kuznetsova expertly weaves multiple narratives into a vivid tapestry teeming with histories and places, generations and time. The unbelievable in these characters’ lives is the everyday. It is beauty, such as the changing colors in the sky, but it is also human frailty: the cheating, the lying, the stealing. And it is also the primeval connection, the conditional love that can only be guaranteed by the family.”—The Moscow Times

“Something Unbelievable is a high-wire feat of imagination and heart, told by two unforgettable women. It deftly chronicles the blurry days of new motherhood, the way our family stories echo across generations, and the messy power of matrilineal bonds with wisdom and tenderness and hard-won humor. I loved it.”—Julie Buntin, author of Marlena

“Something Unbelievable is fresh, funny, and filled with messy family dynamics. What a delightful novel.”—Diksha Basu, author of The Windfall and Destination Wedding

“Something Unbelievable gives you things hilarious, things heartbreaking, things gorgeous and perfect and irresistible on every page. This novel crosses generations, oceans, and empires but never misses a step.”—Julia Phillips, author of the National Book Award finalist
Disappearing Earth

“It is a funny, deeply moving novel.”—Anton DiSclafani, bestselling author of The Yonahlossee Riding Camp for Girls

“From the very first page, Kuznetsova had me laughing out loud at eighty-something Larissa’s acerbic, delicious wit, which rendered the retelling of her family’s suffering during World War II even more devastating.”—Fiona Davis, New York Times bestselling author of The Lions of Fifth Avenue

“An introspective look at the stages of life and what means the most at each phase, Kuznetsova's second outing is an emotional powerhouse.”—Booklist (starred review)

“A moving intergenerational story with an unforgettable wartime narrative steeped in literature.”—Library Journal 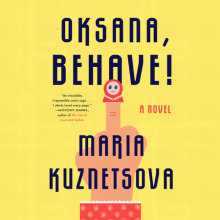