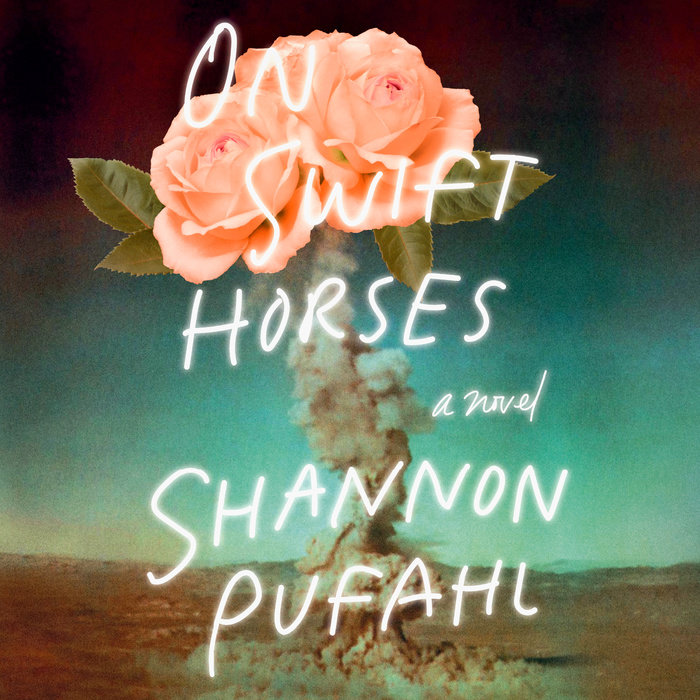 “Cinematic . . . The spaces she creates for her characters . . . have the aura of realms.” —The New York Times Book Review

A lonely newlywed and her wayward brother-in-law follow divergent and dangerous paths through the postwar American West.

Muriel is newly married and restless, transplanted from her rural Kansas hometown to life in a dusty bungalow in San Diego. The air is rich with the tang of salt and citrus, but the limits of her new life seem to be closing in: She misses her freethinking mother, dead before Muriel's nineteenth birthday, and her sly, itinerant brother-in-law, Julius, who made the world feel bigger than she had imagined. And so she begins slipping off to the Del Mar racetrack to bet and eavesdrop, learning the language of horses and risk. Meanwhile, Julius is testing his fate in Las Vegas, working at a local casino where tourists watch atomic tests from the roof, and falling in love with Henry, a young card cheat. When Henry is eventually discovered and run out of town, Julius takes off to search for him in the plazas and dives of Tijuana, trading one city of dangerous illusions and indiscretions for another.

On Swift Horses is a debut of astonishing power: a story of love and luck, of two people trying to find their place in a country that is coming apart even as it promises them everything.
Read More
13 Books to Watch For in November, The New York Times

“Odyssean. . . . Pufahl’s voice is strikingly solid, timeworn but not nostalgic, as she unravels a cinematic story that avoids genre clichés or sentimentality. . . The spaces she creates for her characters — San Diego’s languid Chester Hotel hiding in plain sight, Tijuana rendered as an underworld — have the aura of realms.” — The New York Times Book Review

“Imagine a cross between Revolutionary Road and Battleborn (with a little bit of Brokeback Mountain thrown in) and you might end up with something akin to Pufahl’s debut, a rich and rugged suburban western about dreams deferred and living defiantly.” —O: The Oprah Magazine

“A dramatic story set in a dramatic period of national history. . . . There’s a boldness of diction and imagery, a stateliness of voice and rhythm, that resembles less the product of an MFA workshop than the cadences of the King James Bible. . . . Pufahl does what great stylists do: she snatches back experience from the general world, making it sing in all its particularity.” —The Boston Globe

“Each gorgeous sentence of this epic, set in the American West in 1956, should be savored.” —Refinery29

“[An] engrossing, melancholy debut novel [with] echoes of Don Carpenter’s Hard Rain Falling, Leonard Gardner’s Fat City and Patricia Highsmith’s The Price of Salt. . . .  Pufahl’s prose is consistently lyrical and deeply observant. . . . She evokes the fear and possibility of life in a new place, with new emotions. She writes with a grace and force that’s rare even among seasoned writers.” — The Los Angeles Times

“On Swift Horses is worth reading for the poetry alone. . . . The prose is unexpectedly graceful: quietly lyrical and self-assured. . . . But in these characters’ cautious balancing of desire and self-restraint[,] the novel also has something universal to say about the necessary risk of love.” —The Times (London)

“[Pufahl’s] powers with language are exquisite. . . . [The novel] makes you reflect that [love] is its own kind of lottery, isn't it?” — Scott Simon, NPR Weekend Edition

“[On Swift Horses does] what a good book does: it reminds us that the world is bigger than we imagined.” —Los Angeles Review of Books

“Pufahl paints her characters with remarkable compassion and decency. . . Her lyrical prose depicts an American West that is both desolate and beautiful and inspires a sense of individuality that can apply to much more of the human experience than we’ve previously been led to believe.” — San Francisco Chronicle

“Achingly beautiful . . . Pufahl's language glitters from the page . . . [a] restless, blistering fever dream that feels a lot like life.” —Nylon

“Pufahl paints a new picture of our mythology, one we can really see and feel ourselves in; one where regular people are the real stars and no one is written out of history. . . . While this writer loves the ordinary, her prose, and this book, are anything but.” — Guernica

“A bold story of characters who are experiencing the restraints of a nation claiming to be full of possibility. . . will engage the mind as much as the heart, worth savoring and perfect for a winter escape.” —Electric Literature

“A deep-breathing, atmospheric novel. . . . [rendered] in careful detail, spinning plain language into beautiful images. [Pufahl’s] prose carries hints of other writers who combine the bleak and the hopeful, such as Annie Proulx, Wallace Stegner and Kent Haruf. . . . a novelist to watch.”
—BookPage

“Pufahl’s tender, melancholy debut locks eyes on bighearted characters. . . . [and the] plot casts its own spell, wandering around with two beautifully broken souls determined to find meaning — find themselves — in a world that often doesn’t seem to give a damn.”
—Entertainment Weekly

“As powerful and wild as [a] mustang . . . Pufahl creates a potent sense of place.” —Minneapolis Star-Tribune

“A wonderfully atmospheric novel, with the uncertainties and thrills of the post-war west in vivid color. On Swift Horses is a western that feels both familiar and entirely new.” —BookRiot

“A story brimming with love, luck, and power. . . . presenting us with a compelling portrait of two people struggling to find their place in the world.” —PopSugar

"Filled with such rhythmically lovely, splendidly evocative, and masterfully precise descriptions. . . it feels like Pufahl could not possibly have said what she needed to say with any other words." —Kirkus Reviews (starred review)

“Powerful . . . Peopled by singular characters and suffused with a keen sense of time and place, Pufahl’s debut casts a fascinating spell. This melancholy story will show up in the dreams of those whose heartstrings it has tugged.” — Publishers Weekly

“Once in a rare while you come across a novel of such transfixing beauty that it enlarges your faith in the medium itself. On Swift Horses is, for me, one of those books. As an exploration of life lived in the outer distances of plain sight, it is suffused with hazard and touched by grace, furnished with the longevity of a postwar classic and the immediacy of the present tense. It is, simply put, a masterpiece.” —Anthony Marra, author of A Constellation of Vital Phenomena

“On Swift Horses is about both risk and the risqué, about daring to know, name, and act on our own desires. Read this book for the adventure, for the keening lyricism of the lost and searching, but mostly read this book because no one writes like Shannon Pufahl. Her voice is muscular, awesome, and pure. This book knocked me flat on my back.”  —Justin Torres, author of We the Animals

"On Swift Horses is a marvel, a beautifully written novel that traces its raw, guarded characters from California to Las Vegas to Mexico with grace and inevitability. Shannon Pufahl’s mid-century West is dead-on right, as recognizable as a box of old photos and yet completely original in voice and scope."  —Jess Walter, author of Beautiful Ruins

“On Swift Horses is a wild ride on a stolen horse looking for home, a gorgeously imagined search for lost time, lost luck, lost landscapes, and wrenched-apart hearts, a deep-souled epic of the American West.” —Elizabeth Tallent
Read More 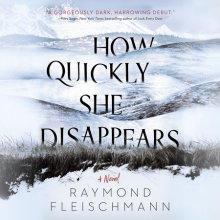 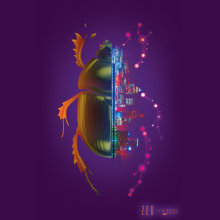 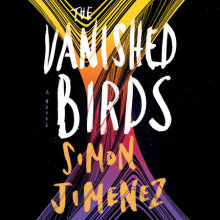