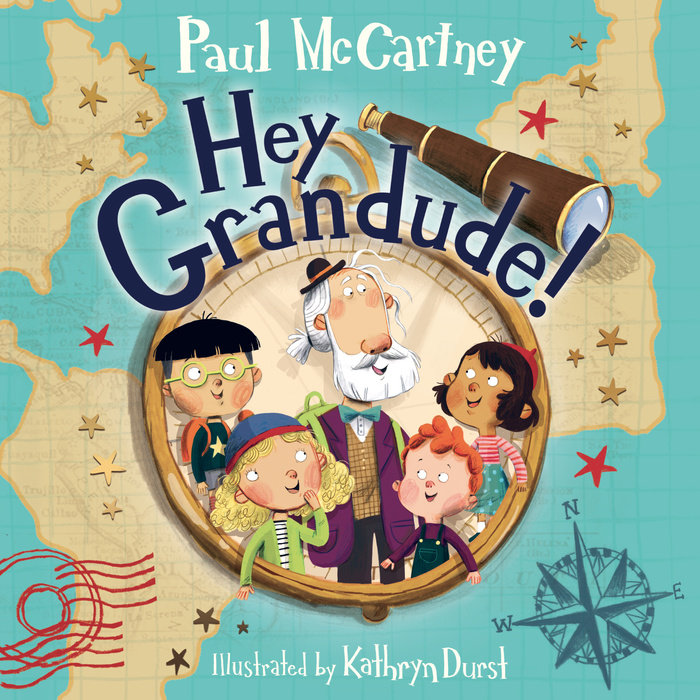 From Paul McCartney--an action-packed adventure celebrating the fun that grandparents and grandkids can get up to.

Meet Grandude--a super-cool grandfather who is an intrepid explorer with some amazing tricks up his sleeve. Grandude is a one-of-a-kind adventurer! With his magic compass, he whisks his four grandkids off on whirlwind adventures, taking them all around the globe. Join them as they ride flying fish, dodge stampedes, and escape avalanches! It's the perfect bedtime story for little explorers.
Read More
“Hanging out with grandad turns out to be anything but boring…. Readers will roll up for repeats, and not just because of the name on the cover. —Kirkus

“This picture book debut from the musical icon hits all the right notes in the tale of a cool grandfather, his magical compass, and his grandchildren." —Publishers Weekly

"McCartney does a fine job of upping the ante at each stop... the diverse group of chillers dash, crash, scurry, worry, and laugh about the magical events. In the end, it's golden slumbers, but the promise of future adventures is in the air.” — Booklist