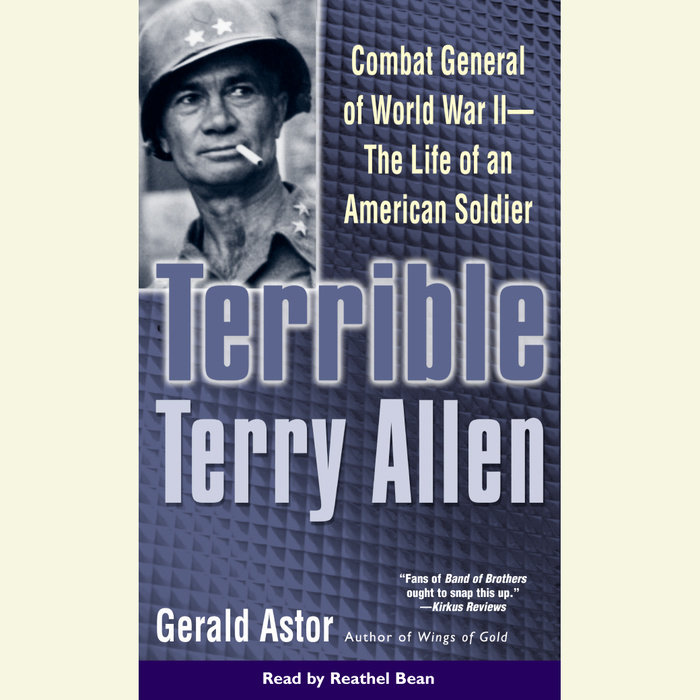 Written by: Gerald Astor
Read by: Reathel Bean
1 Hours and 44 Minutes Imprint: Random House Audio Genre: Biography & Autobiography - Military Release Date: March 30, 2004
Terry de la Mesa Allen’s mother was the daughter of a Spanish officer, and his father was a career U.S. Army officer. Despite this impressive martial heritage, success in the military seemed unlikely for Allen as he failed out of West Point—twice—ultimately gaining his commission through Catholic University’s R.O.T.C. program. In World War I, the young officer commanded an infantry battalion and distinguished himself as a fearless combat leader, personally leading patrols into no-man’s-land.

In 1940, with another world war looming, newly appointed army chief of staff Gen. George C. Marshall reached down through the ranks and, ahead of almost a thousand more senior colonels, promoted Patton, Eisenhower, Allen, and other younger officers to brigadier general.

For Operation Torch, the invasion of North Africa, Allen, now a two-star general, commanded the Big Red One, the First Infantry Division, spearheading the American attack against the Nazis. Despite a stellar combat record, however, Major General Allen found himself in hot water with the big brass. Allen and his troops had become notorious for their lack of discipline off the battlefield. When Seventh Army commander George Patton was pressed by his deputy Omar Bradley to replace “Terrible Terry” before the invasion of Sicily, he demurred, favoring Allen’s success in combat. At the end of the Sicily campaign, with Allen’s protector Patton out of the way (relieved for slapping a soldier), Omar Bradley fired Allen and sent him packing back to the States, seemingly in terminal disgrace.

Once again, however, George Marshall reached down and in October 1944, Terrible Terry was given command of another infantry division, the 104th Timberwolves and took it into heavy combat in Belgium. Hard fighting continued as Allen’s division spearheaded the U.S. First Army’s advance across Germany. On 26 April 1945, Terrible Terry Allen’s hard-charging Timberwolves became the first American outfit to link up with the Soviet Union’s Red Army.

Terrible Terry Allen was one of the most remarkable American soldiers of World War II or any war. Hard bitten, profane, and combative, Allen disdained the “book,” but he knew how to wage war. He was a master of strategy, tactics, weaponry, and, most importantly, soldiers in combat.
Read More
“A ripsnortin’ life of an unorthodox—and barely tolerated—American general . . . Hard-drinking, hard-fighting, beloved by his troops: Allen has a fine chronicler here—fans of Band of Brothers ought to snap this up.”
—Kirkus Reviews 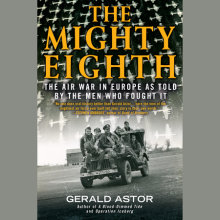