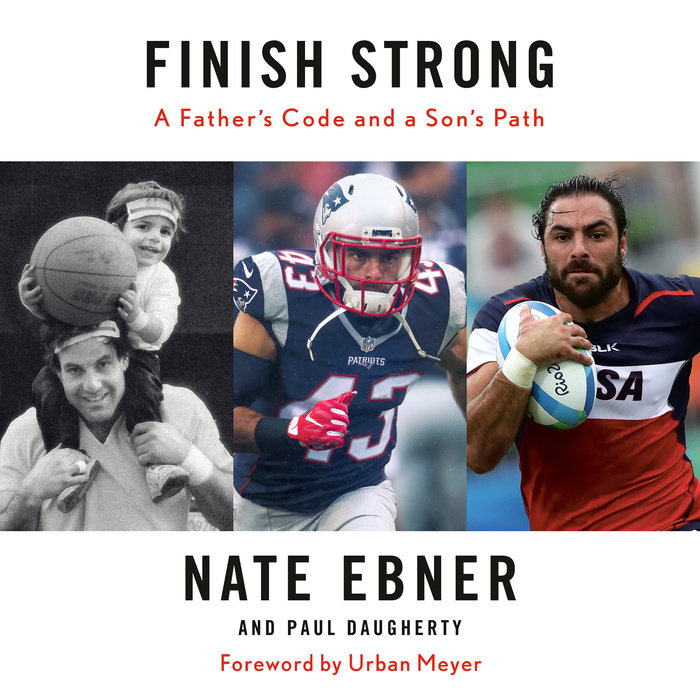 Nate Ebner and his father were inseparable. From an early age, they worked side-by-side in the family junkyard, where part of the job was dispensing citizen's justice to aspiring robbers, and they worked out side-by-side in their grungy homemade gym. Even though Nate was a great peewee football player in football-mad Ohio, he followed his father's passion for rugby and started playing for the same club as his father when he was only thirteen years old.

But Nate had to face the fact that there was no way to make a living as a professional rugby player in this country. So Nate gave his dad the news that he planned to quit rugby and go out for the football team at Ohio State University, with an eye toward making the NFL. As a goal for someone who hadn't even played high school football, this was completely ridiculous. Without blinking, his father told him that if he gave up what he had built in rugby, he had to see it through. It was the last conversation they ever had--the next day, his father was brutally murdered at work by a would-be robber.

Nate went on to make the Ohio State team and when NFL Draft Day came, he was selected by the New England Patriots. Three Super Bowl rings later, his legacy in the sport is secure. But he got another unexpected chance to honor his father's memory when the Olympics admitted rugby as a sport for the 2016 Games. Against long odds, he made the team and competed in Rio in the sport he and his father loved above all others.

An astonishing story of what a father will do for a son and what a son will do for a father, Finish Strong is a powerful reminder that the lessons parents embody for their children continue to bear fruit long after they are gone.
Read More
“The book’s most compelling chapters describe Nate coming to terms with his father’s death and figuring out how to honor him in daily life. . . . This memoir will find readers among fans of insider sports accounts, or anyone fascinated by what it takes to become a pro athlete.” —Karl Helicher, Library Journal

“One could hardly draw, let alone traverse, the unlikely, utterly grueling path that Nate Ebner’s life has taken to athletic achievement. . . An instruction manual on the shaping of a professional athletic career, one insanely tough workout at a time, founded on unswerving parental attention, love, and support.” —Booklist

“Taking risks and pushing oneself to the limit are strong themes, as well, and the loving bond between a father and son is evident throughout . . . . A tale that will appeal to sports fans and those who appreciate the determination and physical and mental toughness required to thrive at the top level of sports.” —Kirkus
Read More